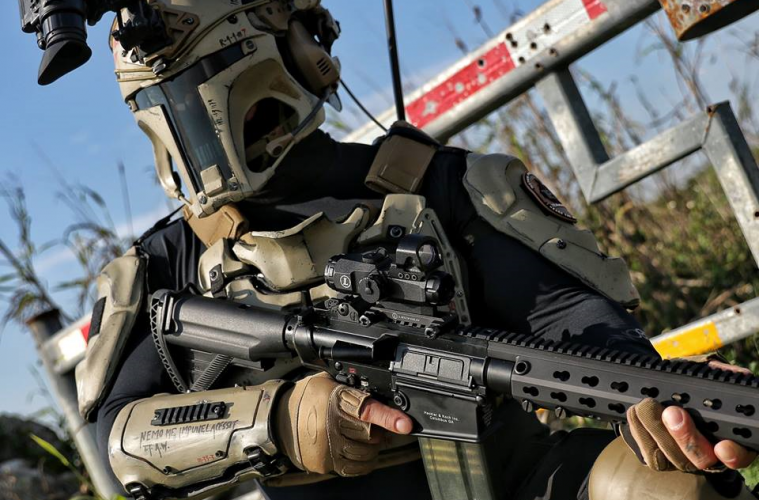 MANDALORIAN ARMOUR IS REAL. NO, LIKE “IT CAN STOP BULLETS” REAL!

Oh, it was only a matter of time for this one. Ryan B. Flowers has been making Star Wars inspired armor for the airsoft community for some time now. In particular he has been making “Mandalorian” armour based on the character known as Boba Fett, one of the most popular characters to come out of the original Star Wars films. The “airsoft community” is basically a form of competition where people shoot each other with non-lethal airsoft guns that fire pellets. The weapons can looks like real or space age guns and are, frankly, a lot of fun. 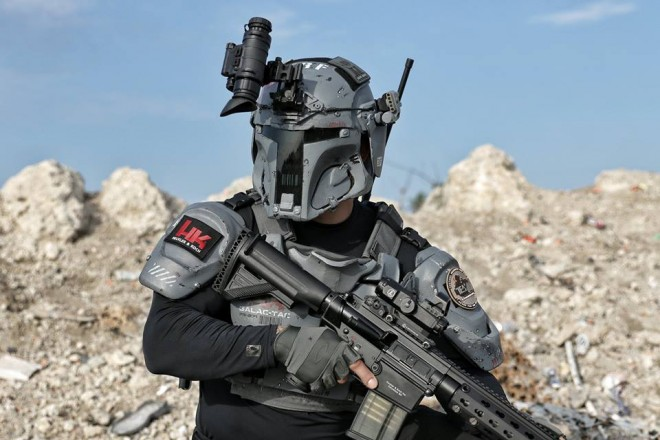 But Flowers’ concepts are being taken to a whole new level. A real arms manufacture called Heckler & Kock, along with SOG Knives, AR500 armor, and others are teaming up to make this armor fully functional. That means real ballistic plates capable of stopping live bullets. Also there are other very tactical additions from other companies that want to ride this Star Wars-inspired armor to success.

AWESOME. And possibly the most intense cosplay ever.

Check out the rest of the pics below and let us know if this is a purchase you see yourself making in the future. 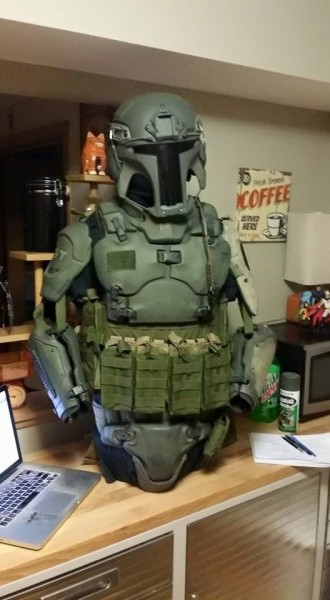 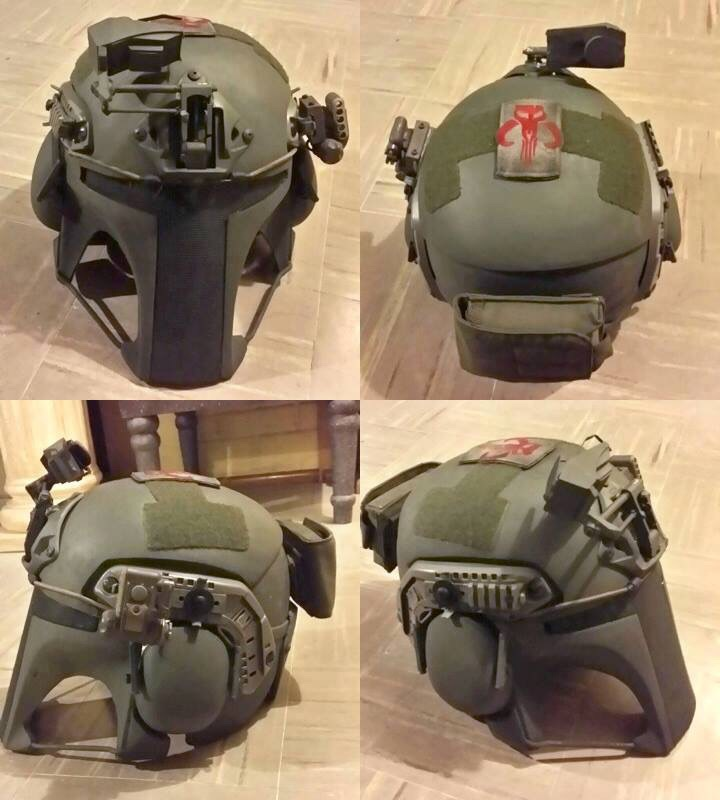 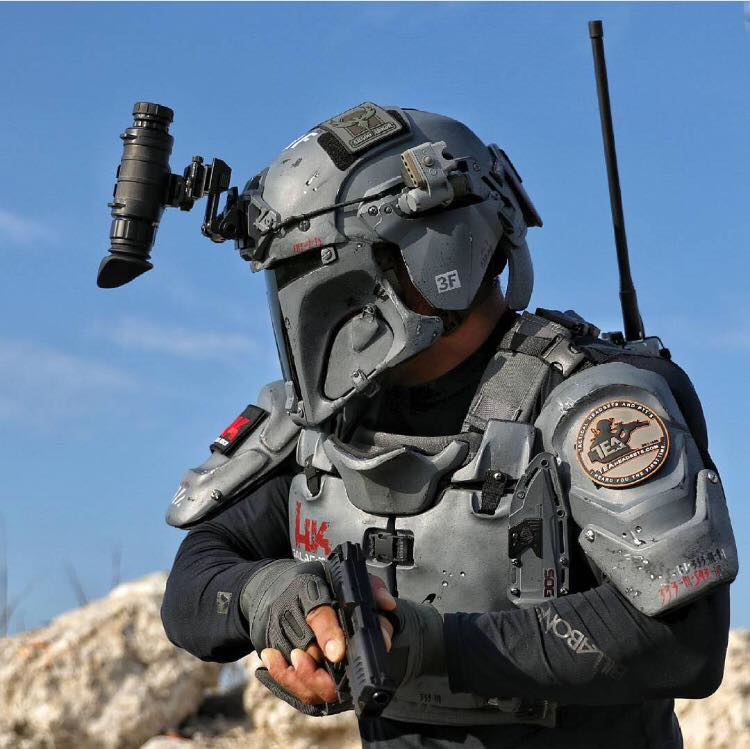 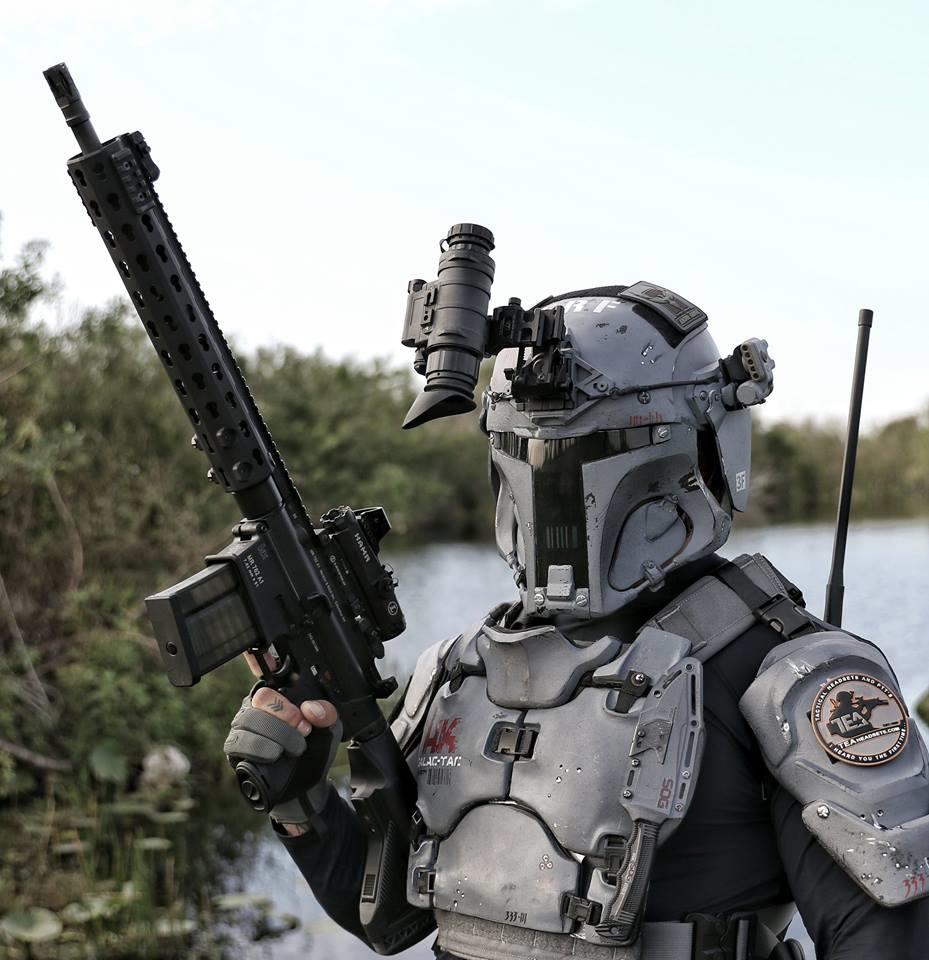