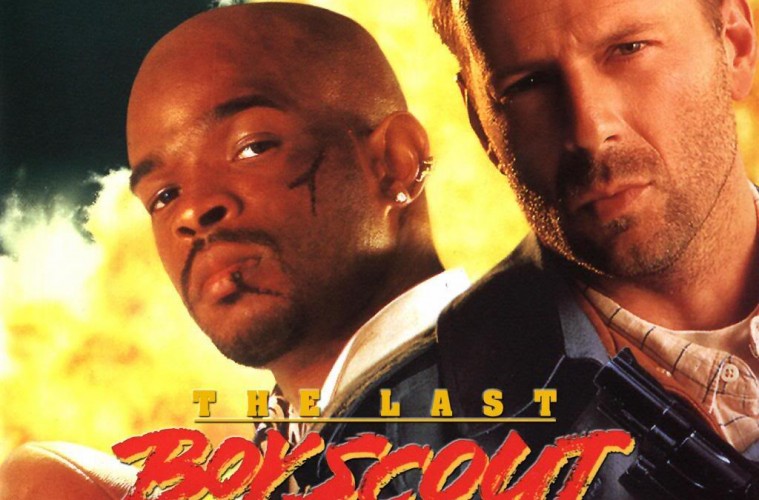 AN UNASHAMED LOVE LETTER TO THE LAST BOY SCOUT

I have a confession to make, I LOVE The Last Boy Scout.

There are many reasons why I probably shouldn’t. The film is a divisive one, commanding a mix of love and hate in reviews and online forums alike. In conversations about the great action movies of the 80s and 90s The Last Boy Scout rarely gets a mention. This is a shame, The Last Boy Scout has a lot going for it. Yet in terms of under appreciation? The Last Boy Scout is right up there with underrated movies like Event Horizon and A.I. Artificial Intelligence. 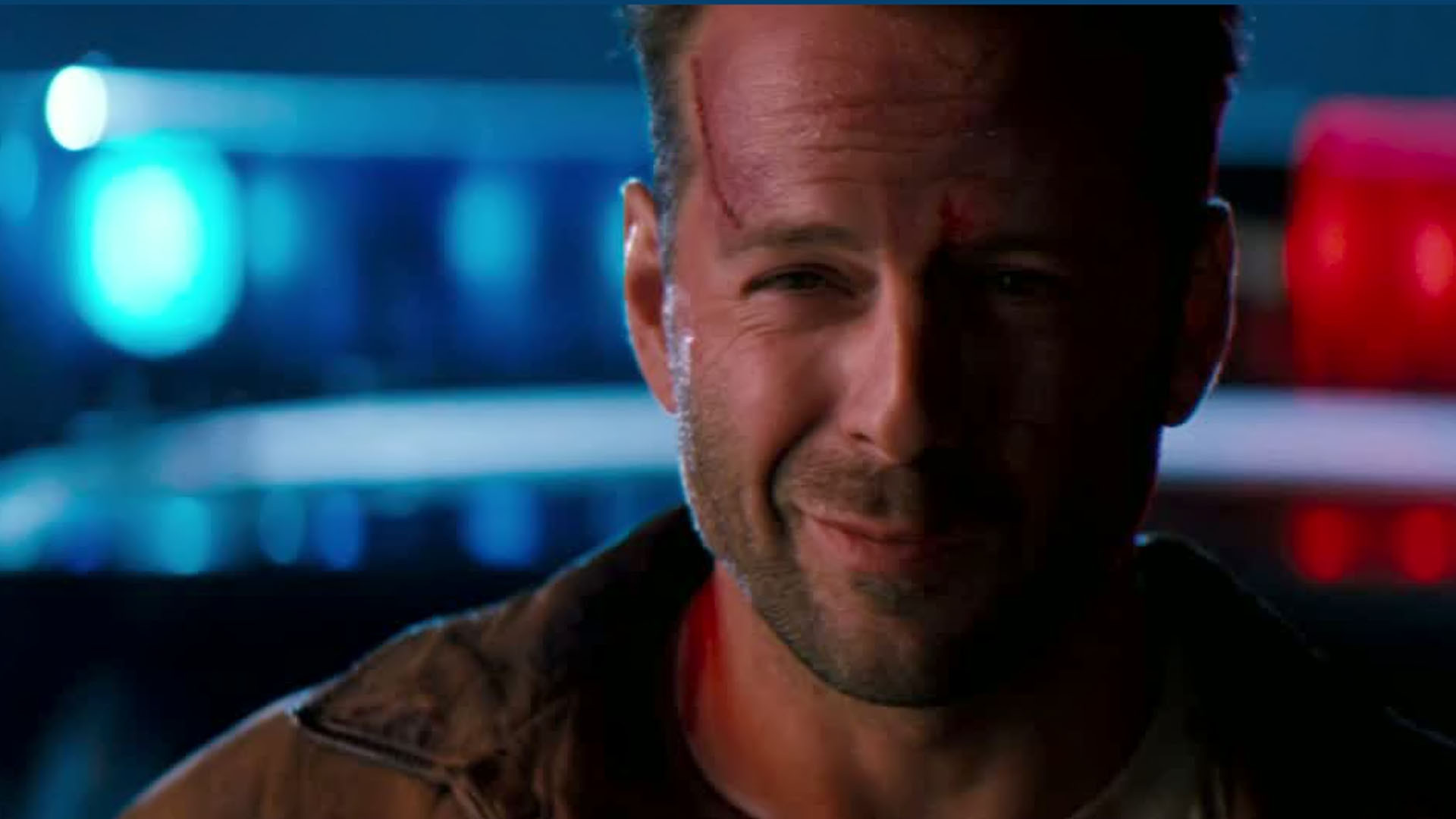 The Last Boy Scout was released in 1991 and it had all the makings and pedigree of a huge blockbuster. The script was written by Shane Black, creator of the Lethal Weapon series, after he paid the then record amount of $1.75 million for the screenplay. Tony Scott directed, at the time having Top Gun, Beverly Hills Cop 2 and Days Of Thunder under his directional belt. It was produced by Joel Silver, producer of a veritable shopping list of action classics including Die Hard, Predator and Commando. The Last Boy Scout starred Bruce Willis, desperate to erase the stain of commercial flop Hudson Hawk from his record, and Damon Wayans, successful SNL and TV comedian looking to follow the likes of Eddie Murphy in establishing a successful movie career. In terms of ingredients? The Last Boy Scout should have been a recipe for guaranteed Hollywood success. However the production was a troubled one, script alterations, interference in directorial decisions and the fact that Wayans and Willis despised each other meant that the original cut was almost unwatchable and had to be re-edited. Reception was underwhelming, reviews mixed, and the film fell far short of a blockbuster in terms of box office take. 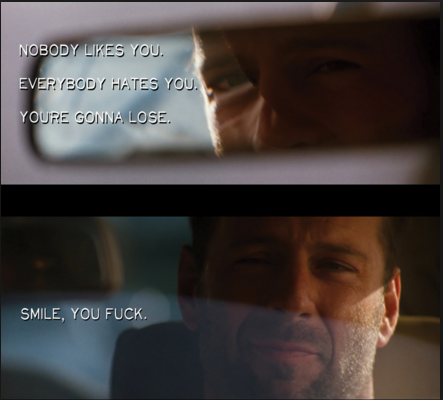 Willis plays Joe Hallenbeck, former Secret Service agent turned seedy, hard up Private Detective. When his best friend Mike tosses him what seems like a simple job, guarding stripper Cory (played by Halle Berry) Joe jumps at the chance to make some quick and easy cash. This is despite Joe having just discovered that Mike has been sleeping with his wife. When Mike and Cory are murdered Joe must team up with Cory’s boyfriend, disgraced former professional quarterback Jimmy Dix (played by Wayans) to unravel a complex conspiracy involving corrupt Senator Calvin Baynard and Sheldon “Shelly” Marcone, the owner of the L.A Stallions football team that Jimmy once played for.

There are several reasons why I love this movie. At first glance The Last Boy Scout seems to follow the formula of the staple 80s action Buddy Cop movie. The basic elements are there, two protagonists of wildly different backgrounds/methods/personalities thrown together to solve a crime, thwart bad guys and deliver witty quips. The script, even with the alterations, is the star of the show. Shane Black’s gift as a scriptwriter has always been his ability to make even the most minor character seem real and fully fleshed out, a talent that once again shines through in The Last Boy Scout (and one we’re hoping he’ll put to good use in the new Predator movie) An excellent ensemble cast support Willis and Wayans beautifully, bringing the well-rounded and complex characters to life with ease. Taylor Negron in particular as main henchman Milo is chillingly restrained and understated. Quotable line after quotable line is delivered with aplomb and impeccable timing. Every character, no matter how small, gets at least one great line. Some of the best moments in the movie are Hallenbeck and Dix’s conversations with various crooks and nameless henchmen. This film doesn’t just have one-liners, it has whole scenes made up of characters sparring with the sharp and witty dialogue.

However The Last Boy Scout is so much more than your basic action cliche playbook. The optimism of the 80s was fast giving way to what would become the cynicism of the 90s and The Last Boy Scout reflects that change in a way that evokes a very particular type of film making. In terms of style The Last Boy Scout actually has a lot in common with the hard-boiled detective Film Noir genre popularised in the 40s/50s by movies like The Maltese Falcon. The action scenes are fast paced and more than usually violent for a buddy cop movie, something reviewers were critical of upon release. Joe Hallenbeck as a character is bitter and cynical, he cares little for his appearance or health, he drinks and smokes too much, he mistrusts women and as such has difficulty maintaining the personal relationships in his life. If you dropped him into a Raymond Chandler story he wouldn’t be that out of place.

Also in the grand tradition of Film Noir female characters are portrayed as shallow, secretive and untrustworthy. Joe’s wife is a cheat, Cory the stripper resorts to blackmail, even Joe’s 13 year old daughter Darian is a foul mouthed hellion that disrespects her Father at every turn. The Last Boy Scout is an underworld movie and every character in it is battling a mix of secrets and personal demons. All are suffering some kind of punishment for past mistakes, from Jimmy’s gambling and drug addiction to Mike’s REAL reasons for giving Joe the case. The irony of Joe is that despite being self loathing and likely on a path to self destruction his past mistake was that he did the right thing, which in turn got him fired from the Secret Service. Joe is constantly dismissed as a bum, yet he is really the only one in the movie with any kind of personal code of honour and morality, something that mostly gets him hurt. In the seedy world he currently inhabits Joe Hallenbeck is, metaphorically, the last boy scout. The gritty, fatalistic ‘no good deed goes unpunished’ feel of The Last Boy Scout fits very well with the Film Noir genre.

In truth the likelihood is that it was this depressing underworld cynicism that probably turned people off the film on release. They were expecting a happy-go-lucky Die Hard style romp, what they got was the illegitimate lovechild of the frivolous Buddy Cop and the depressing Film Noir. Roger Ebert referred to The Last Boy Scout as a “…a glossy, skillful, cynical, smart, utterly corrupt and vilely misogynistic action thriller” and he’s not especially wrong. However personally? I have always had a great appreciation and love for this movie and I think it’s had more of an influence than is immediately apparent. I like to think the ‘you can’t hit the bad guy without saying something cool’ references in Hot Fuzz are small nods to The Last Boy Scout. It’s razor sharp wit, great performances and deeper complexity make The Last Boy Scout a movie that I’ll watch time and time again. In my opinion it’s a hidden gem of the 90s and deserving of a lot more love and respect than it currently receives.

So water’s wet, the sky is blue, I love The Last Boy Scout and old Satan Claus he’s out there, and he’s just getting stronger. So what do we do about that? Be prepared, son. That’s my motto. “Be prepared.”