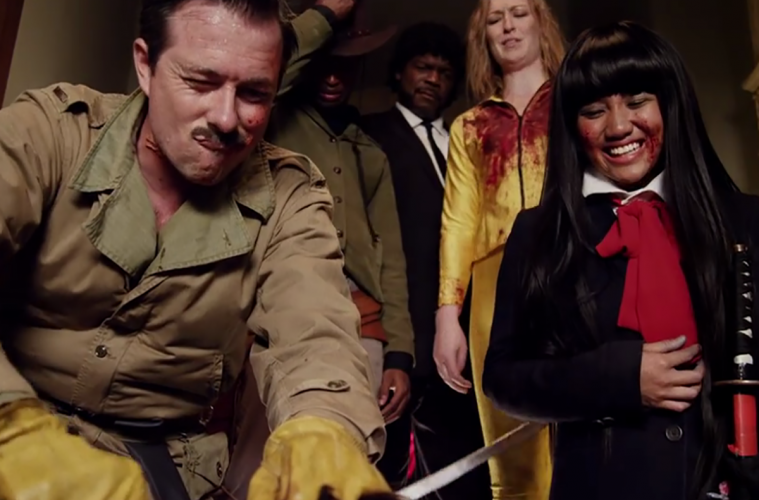 While Suicide Squad claims to sport a roster of some of the most despicable and dangerous characters on the planet, we think someone has just done them one better.

Django. Jules. Go Go Yubari. Lt. Aldo Raine. You’d be hard-pressed to call these iconic Tarantino characters “heroes”, but they are certainly bad asses. The following video from Loot Crate has brought them all together for one bloody affair. It’s called “Quentin Tarantino’s Suicide Squad,” and it’s two great tastes that taste great together.