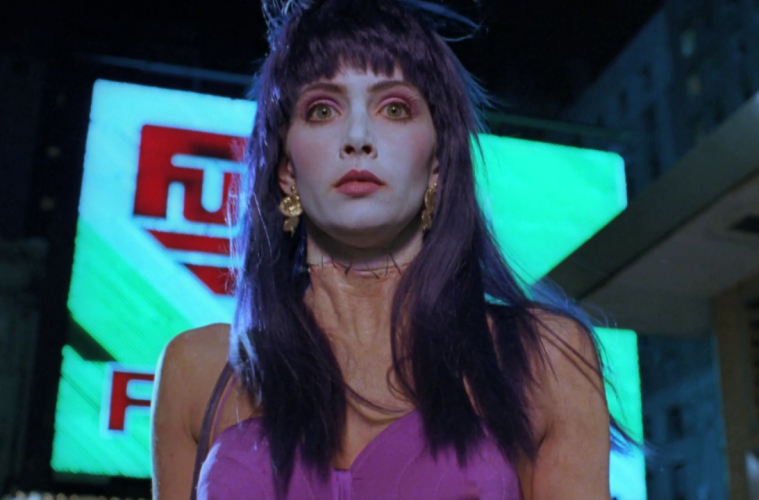 Because it’s Halloween, I asked several of our contributors here at ActionGoGo.com to share their favorite underrated horror films with our readers. Just to see what they produced, I deliberately left it open as to what constitutes a “horror” film. What I got back were plenty of variations on the genre. Black comedies, slashers, schlock thrillers, and then some — these movies are more than just good for gore and go beyond the run-of-the-mill jump cut. But we got that too!

These are 8  INSANELY UNDERRATED, MUST-SEE FLICKS FOR HALLOWEEN!

Although it has been nearly a decade since its release, you probably still remember I Am Legend as that funky vampire movie starring Will Smith that pissed off all of New York by shutting down half of Manhattan to film.
However, you might be unaware that that 2007 I Am Legend is the third film adaptation of the 1950s novel by the same name. The book was first adapted into a black and white film starring Vincent Price in 1964 called The Last Man on Earth. Seven years later in 1971 it would be adapted again, this time as The Omega Man, starring Charlton Heston. This middle movie is actually my favorite of the three.

Heston plays Colonel Neville, a gun-toting scientist living in the shell of a world torn apart by chemical warfare.
In daylight, Neville zips around a city riddled with corpses in his corvette convertible, doing as he pleases and remembering what life was like before the decay, but at night he pours himself a stiff drink and waits for the family to come. While none of the I Am Legend films can be considered conventional vampire movies, The Omega Man is the closest. The Family is a group of white haired, icy-eyed, psychopaths who are extremely light sensitive. Each member, driven mad by disease, wears a black robe and calls for Neville to come out so they can destroy the last remnant of a life long lost.

Neville answers with a variety of firepower.

Great movie. Underrated. A lovely mix of dirty, low-down, 70s schlock horror and badassery that makes for a very enjoyable watch if you happen to be in the market for a deeper cut this Halloween.

How can you not love a horror movie with this tagline?:

“Something is after Jessica. Something very cold, very wet…and very dead.”

Let’s Scare Jessica To Death is an obscure psychological horror film from 1971. The plot is simple: a recently institutionalized woman has bizarre experiences after moving into a country farmhouse. These hallucinations cause her to fear that she may be losing her sanity again.

Let’s Scare Jessica To Death is a moody film that gets under your skin – with a creeping sense of dread that builds into a shocking finale. Actress Zohra Lampert’s performance is superb and one of the most realistic portrayals of mental instability we have in the genre. Throughout the film, you ask whether the horrific things that Jessica sees are real – or is it all in her mind?

The Overlook Film Encyclopedia calls Let’s Scare Jessica To Death a “poetic and persuasive film” that “borrows from both the gothic and post-Night of the Living Dead traditions to depict the death of the love generation as a group of dropouts who find rural America less than accommodating.” How can you argue with that?

The film even has its own website celebrating it: www.letsscarejessicatodeath.net

Before David Cronenberg captivated and grossed audiences out with his visceral remake of The Fly (1986), he was already a master at using highly-disturbing body horror elements to make a disturbing point about just how disturbed society is. His 1983 feature film Videodrome explored the deleterious effects of prolonged exposure to mass media.

James Woods stars as the lead character Max Renn, a CEO of a failing Canadian television station who stumbles upon a broadcast signal. This signal is for a channel that consists of programs that depict sadism, extreme sex, and ultra-violence that cause brain tumors.

The horror in Videodrome is really the imagery as opposed to the gore, as Renn becomes so entangled in a web of conspiracy and violence that both intrigues and repulses him. It was cool to see his abdomen horrifically shift into a VCR and his hand transform into a permanent gun, which had the effect of rapid decomposing for whoever was shot by it. Though “Long live the new flesh!” is the film’s most famous line of dialogue and its tagline, the latter should’ve been “Too much TV is BAD FOR YA!”

Though underappreciated at the box office, it gained new life from cult-film fans and mass media researchers.

There are few films like Antonia Bird’s 1999 cannibal classic Ravenous. How to describe it? A perfect mix of dread, gore and black comedy, with the sonic influences of Ennio Morricone, and the winter-y Sierra Nevadas of the Donner Party and Sergio Corbucci’s The Great Silence as its setting. That is a lot to unpack, but trust me, when you see it, those descriptors will all ring true. That is also to say that Ravenous has an everything-and-the-kitchen-sink quality to its influences, which gives it the ability to turn a story of temptation (Christ imagery aplenty!) into a gothic Spaghetti western-horror with frenetic pacing.

Sporting a cast of arguably the best character actors from the ’80s to today — Guy Pearce, longtime Bird-collaborator Robert Carlyle, Jeremy Davies, Jeffrey Jones, Neal McDonough and David Arquette — I’m often surprised a movie like Ravenous gets missed, relegated to be found later on home video or cable (as I found it). The marketing, for sure, is one of the culprits. They obviously didn’t know how to sell a darkly comic horror about eating people. The lack of a real “name” to front the film is another issue: Carlyle was not an international star, Pearce was just beginning his career after the success of L.A. Confidential, and putting David Arquette as your third-billed in 1999 did not necessarily guarantee the audience Ravenous was made for. With these obstacles aside, “finding” the film is a special moment in my cinephile life; something I felt like I owned as an audience member since I was so on its wavelength. Throw in THE best modern film score (for my money_ — composed by Blur & Gorillaz frontman Damon Albarn and Michael Nyman — and you have a film that is as impressive in its singular ingredients as it is as a final product.

Go track down the excellent Scream Factory blu-ray, and listen to James McCormick and I discuss Ravenous on Ep 107 of The Debatable Podcast.

When an advanced research vessel, the Event Horizon, vanishes during a routine mission in space, a 7-year search begins to find the ship and the reason as to why it vanished. The Event Horizon is equipped with technology that enables it to create a black hole at any point in the universe and use it to jump instantly from one galaxy to another, light years ahead of any other vessel. But when it suddenly reappears after the failed 7 years of searching, the crew of another research/ salvage ship along with the Event Horizon’s creator are sent to investigate, unaware of the terror that lays ahead of them, as the ship slowly reveals its whereabouts for all those years and leaves the team in a fight for survival not only from their own minds, but from what exactly came back with the ship…

I choose The Taking of Deborah Logan for underrated horror because it’s outright freaky as Hell and, personally, I don’t know anyone who has seen it.

The Taking of Deborah Logan is about a woman who suffers from Alzheimer’s and her family who decides to let their lives with the disease be documented. As the documentation goes on, things start to happen that may suggest it may not be Alzheimer’s that’s claiming Deborah.

Jill Larson, who plays Deborah delivers a chilling performance as a woman slowly losing grip on her life. There are enough disturbing images in this film to keep you up for days. The story goes much deeper than you’d imagine and is really just the stuff of nightmares.

I’ve read Mary Shelley’s Frankenstein. It’s rife with the main character’s whiny, self-reflecting letters to his loved one. You know what that book needed? Lawnmower mutilation and hookers that fall victim to exploding crack! “Sacrilege,” you say? Well, Frankenhooker provides that in spades! And it’s way more entertaining because of it…

Written by Bob Martin with director Frank Henenlotter, Frankenhooker use to be a late night staple on cable in the early 1990s. Starring Playboy playmate Patty Mullen as the title character, the cult classic re-imagines Mary Shelley’s mopey letters from Vienna for the “bridge and tunnel” crowd.

Oddly enough, Mullen doesn’t get top billing for this b-movie black comedy, but make no mistake…she owns this film every ludicrous second she’s on screen.

I first saw the Halloween-themed Satan’s Little Helper at the NYC Horror Film Festival back in 2004 and I have yet to see anything else quite like it.

From the get-go it feels aggressively z-grade. Mostly poor acting, a cheap musical score, and cinematography reminiscent of a low-budget made-for-TV movie raise some significant warning flags before the title even pops up onscreen. Fortunately, the movie makes up for all this with a biting, mean-spirited wit.

The main character is a child named Dougie who can’t distinguish reality from his favorite video game and ends up unwittingly teaming up with a crazed serial killer. It’s ripe for comedy when the kid starts shouting out point values for the people they run over with a shopping cart.

While the movie is certainly much funnier than it is scary, it takes an effectively darker turn when Dougie witnesses more brutal and jarring murders by the hands of his satanic friend. The adept hand of oddball b-movie director Jeff Lieberman (Squirm, Blue Sunshine) presents a perfect blend of disturbing horror concepts with a hilariously tongue-in-cheek, gonzo execution.

Okay. Okay. That’s enough from us. What do you think is a great horror flick more people should talk about? Let us know in the comments.