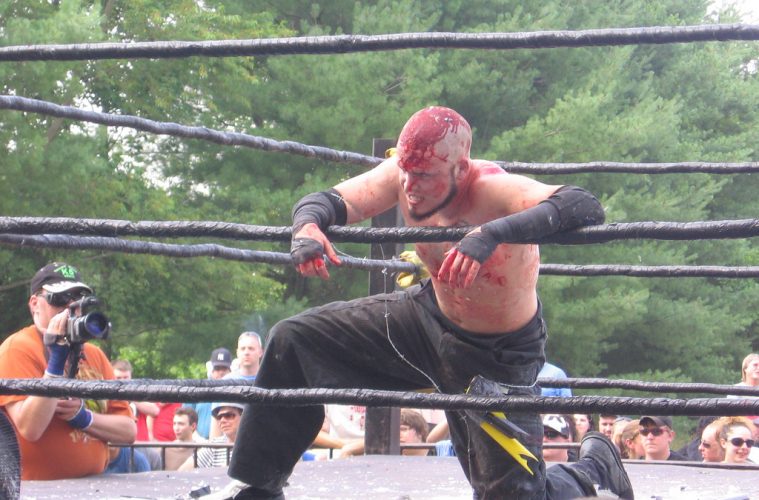 I’ll openly admit that I’ve ignored the existence of Combat Zone Wrestling for quite some time. I’ve definitely heard about the Philly-based pro wrestling fed, but everything I have heard has indicated that it’s not my thing.

Now, before you brand me as some sort of delicate dandy let me at least attempt to point out that I am not of the faint of heart (I run a site called “Action A Go Go”, for chrissakes). I have just long preferred the acrobatic aspects of pro wrestling as opposed to the brutality bits. My favorite wrestlers have always been the ones that emphasized showmanship first and an individual’s threshold for pain second.

That said, while the following doc on Combat Zone Wrestling (below) hasn’t made me a convert, respect is due to the masochists that make up its roster. This nearly hour-long deep dive into the CZW comes courtesy of Vice, and it is a bloody, cringe-worthy ride indeed. 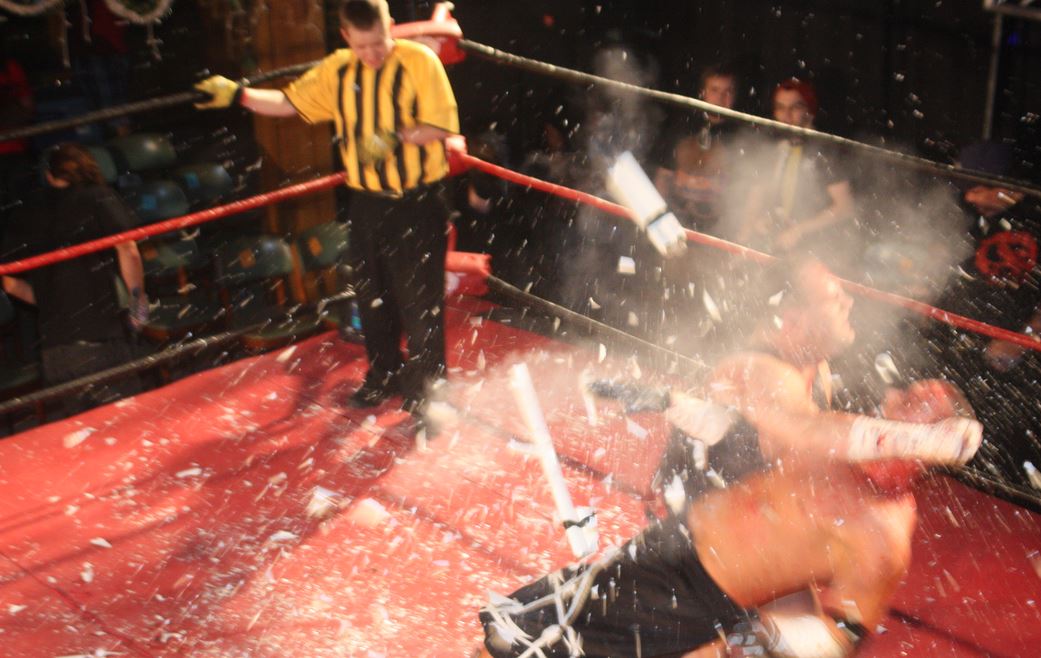 Damian Abraham goes to Delaware to get an inside look at one of the most violent forms of professional wrestling in the world. Deathmatch is an ultra-violent style of wrestling that includes makeshift weapons, light bulb tubes, and barbed wire to ensure a maximum amount of bloodletting.

This VICE documentary tells the story of Deathmatch wrestler David Markland (aka DJ Hyde) who organizes the controversial CZW Tournament of Death, a yearly highlight in the wrestling community that sees many fans traveling from all over the world to attend.

Like most stories about wrestling, the people who do it do so purely out of desire (and maybe to chase some adrenaline). It’s always admirable. Even if that desire requires a number of stitches and a measly paycheck.