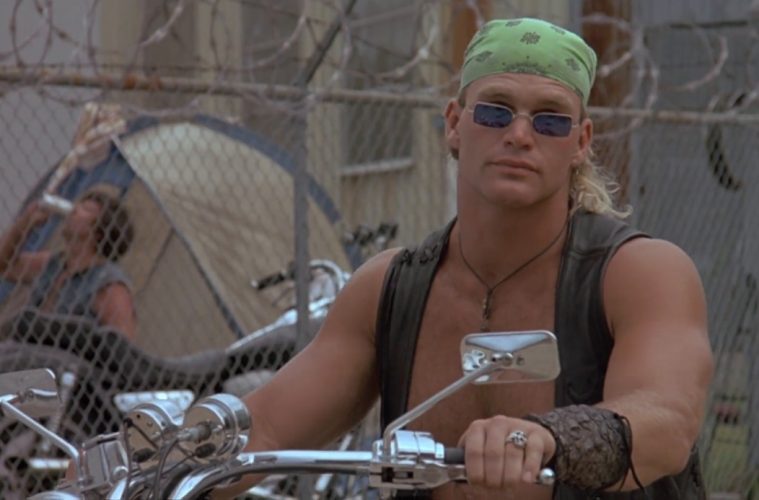 Hollywood has a long history of turning American footballers into actors.

Jim Brown, often considered the NFL’s greatest player, starred in films such as The Dirty Dozen and The Running Man after retiring from the game.

Blaxsploitation star Fred ‘the hammer’ Williamson and the Oakland Raiders’ Carl Weathers also made the switch from being footballers to thespians. As did running back OJ Simpson, but the less said about him the better.

So when injury prematurely ended the career of Brian Bosworth, the flamboyant Seattle Seahawks linebacker, it was no surprise that Tinseltown tapped him up for an acting career. The result was the cult action classic Stone Cold (1991).

In the film, ‘The Boz’ plays a maverick, play by his own rules, cop who goes undercover in a white supremacist biker gang who are involved in drugs, prostitution and assassinations.

With colourful supporting turns from Lance Henriksen and an off-the-leash William Forsythe, Stone Cold has become a cult favourite for its commitment to over-the-top excess. The director, Craig R Baxley, described his job on the film as to “blow stuff up and kill people until all the money runs out”. An approach which helped create one of the all-time great exploding helicopters.

Stone Cold is examined in more detail on the latest Exploding Helicopter podcast. Listen via iTunes, Stitcher, Acast or Podomatic.