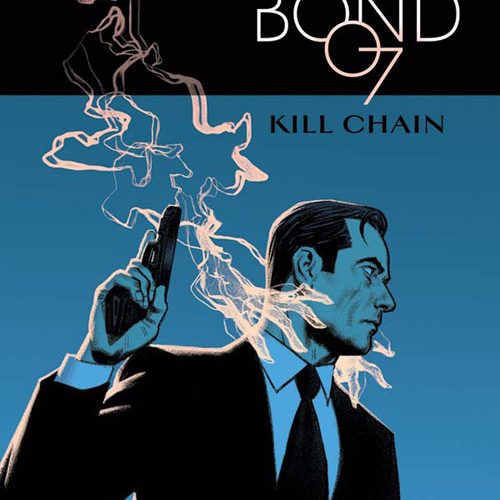 Andy Diggle — the British writer who redefined Green Arrow at DC Comics, thrilled readers with an impressive Daredevil run at Marvel, and scripted the critically acclaimed James Bond: Hammerhead — has reteamed with Hammerhead artist Luca Casalanguida to bring fans the next chapter in the James Bondseries, entitled Kill Chain. The latest tale of international intrigue and espionage will launch in July, and feature six issues that will run through the end of 2017.

When a counterespionage operation in Rotterdam goes catastrophically wrong, James Bond finds himself in the crosshairs of a plot to smash NATO. Someone is assassinating allied agents, and 007 is the next target in the kill chain. Having kept the peace for decades, the old alliance is collapsing, pitting MI6 against its former ally – the CIA! 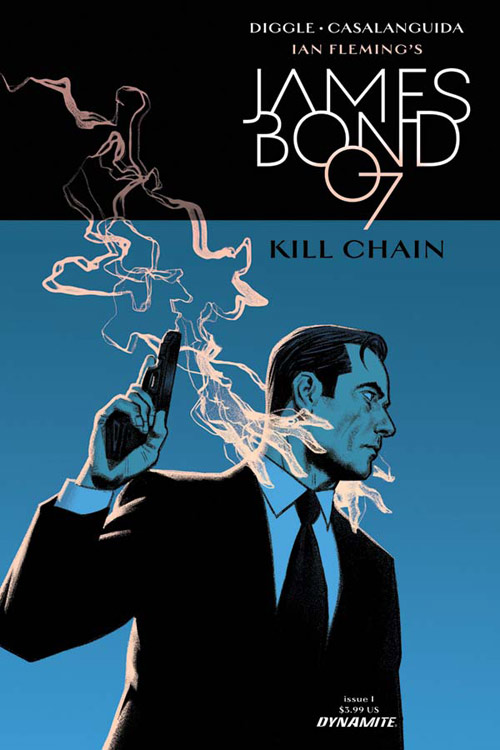 Writer Andy Diggle says, “I’m thrilled to be assigning James Bond his next mission. His exploits have been an inspiration from my earliest years, and Dynamite Entertainment and Ian Fleming Publications Ltd. have proved to be the perfect creative partners.”

Regarding the context of the new series, Diggle says, “The decision to update the stoic Bond of Ian Fleming’s original novels from the moral certainties of the 1950s to our shifting, complex, present-day world was inspired – and inspiring. We live in treacherous times, and James Bond is the hero we need to navigate them. I have many more stories to tell, and I’m having the time of my life telling them. Working with Luca Casalanguida on James Bond: Hammerhead was one of the most creatively satisfying and enjoyable collaborations of my career, and his art for Kill Chain raises the bar even higher. Greg Smallwood’s stunning covers perfectly capture the blend of suave and brutality that has made Bond one of the century’s most enduring icons. Ably backed up by Chris Blythe on colors and Simon Bowland on lettering, we have the perfect tight-knit team to continue bringing you the exploits of the world’s greatest secret agent.” 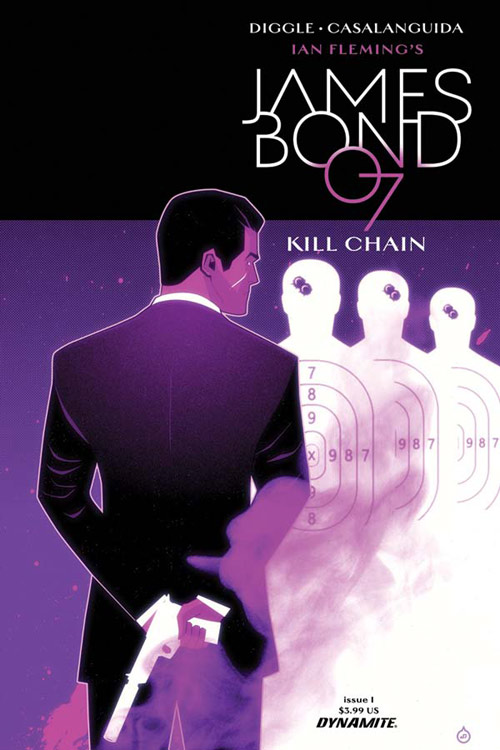 Artist Luca Casalanguida says, “Andy is fantastic to work with. While partnering on 007, we were able to establish a great working relationship that I believe comes across in the work. Andy is doing an excellent job transporting the world of Bond in to comics. I think Bond fans will find a lot of what they like here.”

“Andy Diggle is one of the best,” Dynamite Entertainment Executive Editor Joseph Rybandt added. “Andy Diggle on Bond is some of the best writing he’s ever done, and amongst the best Bond adventures in any medium.”

In 2014, Dynamite Entertainment made headlines across the comics industry and beyond with the news that the New Jersey publisher had secured the license from Ian Fleming Publications Ltd to produce the firstJames Bond comics in 20 years. The first series, written by Transmetropolitan writer Warren Ellis, launched the following year to widespread critical acclaim, and was a breakout success in the comics specialty market. Subsequent James Bond story lines include Diggle and Casalanguida’s Hammerhead, James Robinson and Aaron Campbell’s Felix Leiter, Benjamin Percy and Rapha Lobosco’s Black Box, and Kieron Gillen and Antonio Fuso’s Service. 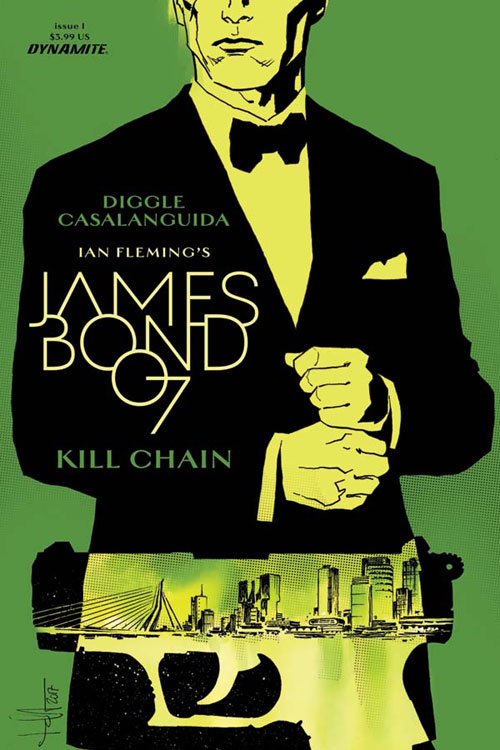 James Bond: Kill Chain #1 will be solicited in the May 2017 PREVIEWS catalog, the premier source of merchandise for the comic book specialty market, and slated for release in July. Comic book fans are encouraged to reserve copies with their local comic book retailers. James Bond: Kill Chain will also be available for individual customer purchase through digital platforms courtesy of Comixology, Dynamite Digital, iVerse, and Dark Horse Digital.