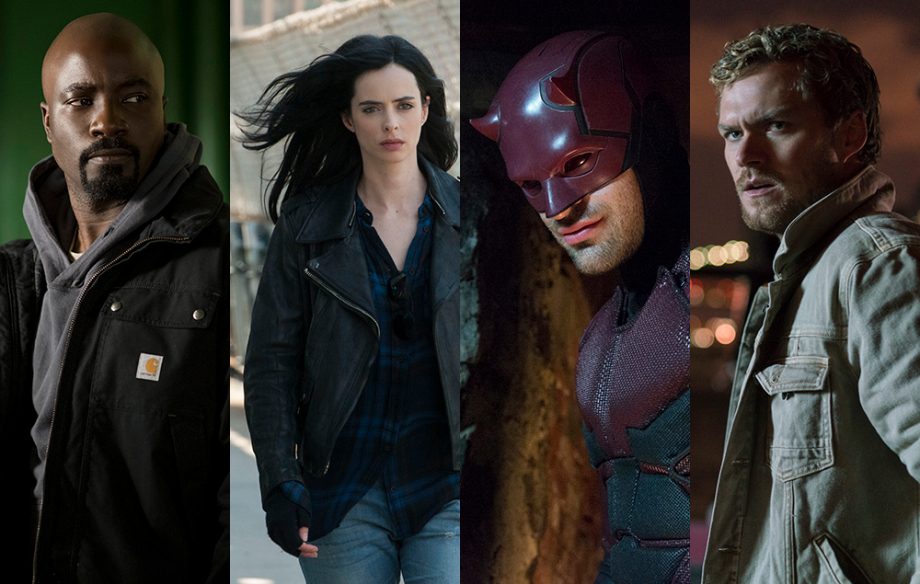 “You four: The devil of Hell’s Kitchen, the smart-ass detective, the righteous ex-con, and the kid with the glowing fist. The war for New York is here.” –Stick

That reads like something from out of an exploitation film from the 1970s, doesn’t it? Well, that’s not entirely inaccurate given that the ex-con and the kid with the fist first appeared and rose to prominence during that era. No, this actually sums up the premise of the upcoming Netflix series Marvel’s The Defenders. The full official trailer (see below) just debuted today and has Daredevil, Jessica Jones, Luke Cage, and the Immortal Iron Fist reluctantly teaming up to defend (no pun intended) New York City from the Hand. With a chopped of version of “Come As You Are” by Nirvana playing in the trailer’s backdrop, Marvel’s The Defenders is a crime-drama encapsulated for the medium of television in a way that its within-universe big-screen counterpart, Marvel’s The Avengers (2012) could not. The presence of Elektra and Matt Murdock’s long-time acerbic mentor, Stick, gave me an initial impression that Daredevil may be more focused on than the rest. But we’ll see for certain in another 3 months.