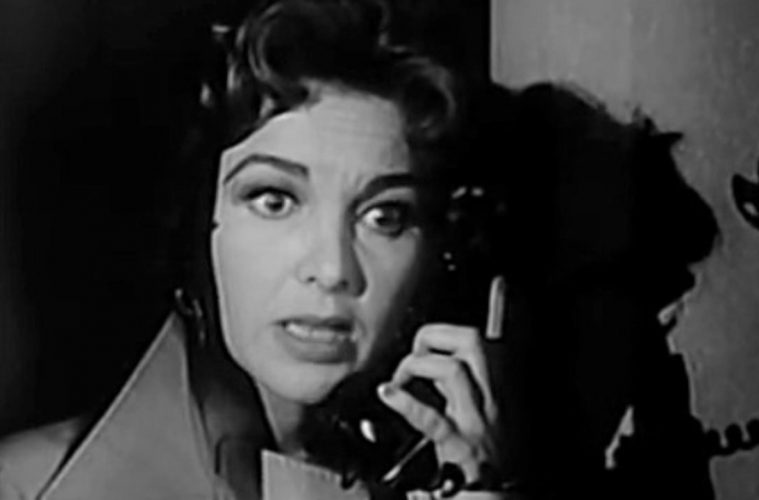 This week’s “Great Moments” is actually more of an overview from the folks at Film Chest Media. They are re-releasing  a 3-disc DVD set of the 1957 crime-drama, DECOY. Starring Beverly Garland of My Three Sons (note: she doesn’t play one of the sons), this forgotten gem from TV’s golden age has the distinction of being the first “policewoman show”.

Decoy (1957-1958) was not only the first series in the history of American television to explore the life of a New York City policewoman, it was also the first series to feature an actress as the star protagonist in a full-season, dramatic series.

The series follows Detective Casey Jones, played by the talented Beverly Garland (My Three Sons, Swamp Woman, Airport 1975), as she walks the streets of New York City, solving a new case each week.

Case narratives were based on experiences told to Garland by the show’s technical director, Margaret Leonard, a former NYPD detective herself. The significance of her role was at a time when the “female detective” had virtually disappeared from film and created a strong new archetype that would set the standard for years to come.

Decoy was filmed on location throughout the stunning backdrop of 1950s New York City, with sweeping shots of the Manhattan Bridge, Beat-era Greenwich Village, Penn Station and many other iconic NYC landmarks. In addition to its on-location shots, Decoy was unique for its time due to a documentary style of shooting; beautifully framed, noir shots; and an extremely brave approach to its gritty subject matter, with performances influenced by the method school.

I’d imagine that if you’re interested the history of television and/or gender in popular culture then this might be something to look jump on.