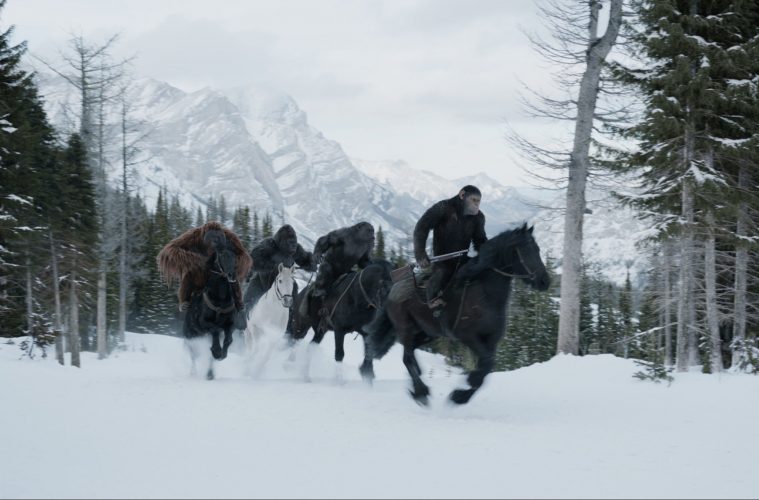 “Slept on” is an understatement when it comes to Fox’s current relaunch of THE PLANET OF THE APES franchise. Since 2011, this new take on the beloved film series has proven to be not just another non-stop thrill ride (although there is plenty of that too), but probably the classiest string of summer blockbusters since Peter Jackson’s initial LORD OF THE RINGS trilogy.

I know it sounds snooty, but if you’ve seen them then you already know that the first two films are a clear reminder that entertainment can also be art.

With the upcoming release of WAR FOR THE PLANET OF THE APES, Fox is revving up what seems to be the culmination of a trilogy.  Yesterday’s “final trailer” (below) arrives over a month before the film is released. Which is a bit concerning for those of us (okay, me!) who have been following the series. Let’s hope that a final trailer now isn’t an indication of the marketing team giving up. Especially since the box office seems to grow with each film. So let’s send this trilogy off in style.

Watch the trailer below and be fully aware of the fact that WAR FOR THE PLANET OF THE APES hits theaters July 14, 2017.