MACHETE KILLS Review: Does this sequel make the cut? 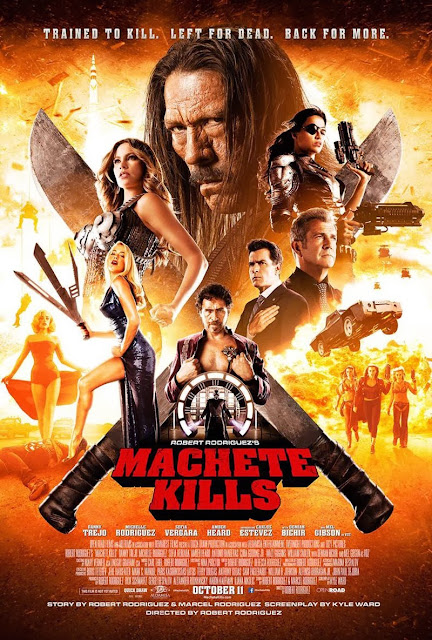 Way back in 2007 the movie Grindhouse tried to revolutionize movies. It was two movies released together, each directed by Robert Rodriguez and Quentin Tarantino. A few fake previews were thrown in for fun, with Machete being the most well known. It was made into the full length movie Machete (2010), a Robert Rodriguez directed wet dream with more crazy action and Mexican pride than you could shake a stick at. Now, it has a sequel. Can this film live up to the legend? Or does this have a bad case of the sequels?

THE STORY AND THE PEOPLE WHO GET PAID TO TALK…

The bad guys are threatening to launch a nuclear weapon at the United States and only Machete (Danny Trejo, Desperado, Con Air) can stop them! Along the way he meets a cavalcade of bad guys and good, with many big stars making cameo appearances along the way. Charlie Sheen (or as he is billed here, Charlie Estevez) plays the President. Lady Gaga and Cuba Gooding Jr (Jerry Maguire) appear as assassins. Sofia Vergara plays Desdemona, a brothel owning lunatic. And Mel Gibson (Lethal Weapon, Braveheart) returns to the screen, most fittingly, as a bad guy and seems to enjoy every minute of it.
THE GOOD…
Rodriguez loves to shoot women running around in their underwear, and he doesn’t disappoint here. Sofia Vergara spends 95% of the movie in lingerie while giving one of the most bombastic performances I’ve ever seen in a Rodriguez film.

And Lady Gaga! She provides the best comic relief of anyone in the movie.

This movie also gets delightfully creative with the slaughter, which is always fun!

THE BAD…
The story is a convoluted mess, even for a Grindhouse film. Too many jokes fell flat and some of the effects looked too cheap. This film also has a character problem, as in, there were too many of them. At times, I stopped caring while people droned on about back stories. The movie did pull me back in towards the end and saved itself in some fun ways, but it was dangerously close to being a sub par film.
THE VERDICT…

The good outweighs the bad here, and as with any Rodriguez film, you get what you pay for and then some. But I’m starting to get that tingling feeling that Rodriguez is pushing this Grindhouse thing a bit too far and it could be a case of someone laughing a bit too hard at their own jokes.

But no matter! Go see it while it lasts. It’s a fun romp and a must see for any fan of the mad man in San Antonio! 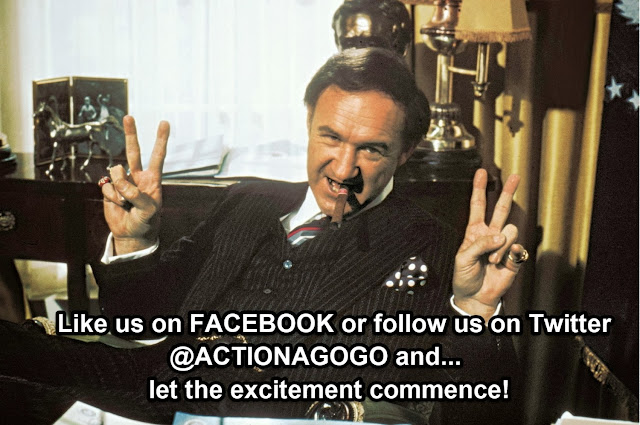