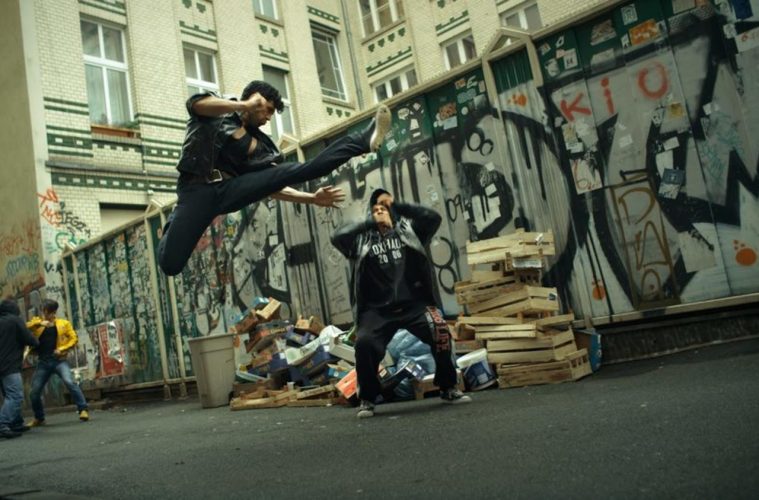 MONDAY MOTIVATION MIXTAPE: THE ‘PLAN B’ MUSIC VIDEO WILL SONGBOMB YOUR @$$

I woke up this morning and caught this one thanks to Film Combat Syndicate. Now it’s my anthem for the rest of the week.

If you’re not familiar with PLAN B: SCHEISS AUF then you should be. It’s a new German action film from the Reel Deal stunt team. While I haven’t seen the flick yet, I absolutely need to. Everything we’ve covered so far has made PLAN B out to be an absolutely absurd, 80s-styled fightfest starring some the stunt world’s most limber and lethal talents.

Now that the movie is officially out in German theaters (gotta work on that international distribution deal, guys!), a music video has dropped to accompany it. Simply titled “Plan B”, this track comes from B-Lash, Die Atzen, Eugene Boateng, and MC Bogy. Seeing how I am not familiar with German hip hop in the slightest, I’ll just assume they are all big deals on the scene. Hell…as far as my Monday motivation is concerned, they are a big deal this morning.