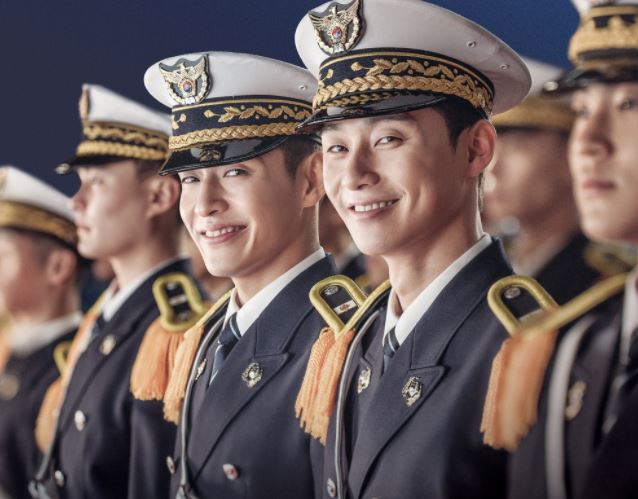 Having rewatched THE NICE GUYS quite a bit these last few weeks, I’ve been thinking a lot about the action-comedy subgenre as of late. I’m referring to films like RUSH HOUR, THE BIG HIT,  BEVERLY HILLS COP, MONEY TALKS, 21 JUMP STREET, BLUES BROTHERS, or HOT FUZZ. The movies that revel in being equal parts thrill-ride and send-up.

Similarly in that vein is the upcoming MIDNIGHT RUNNERS. It hails from South Korea and appears eager to poke fun of Asian cinema’s many self-serious police dramas.

Here’s the synopsis. The trailer follows…

Forget the sense of duty and justice! Two apathetic police academy recruits who become best buddies through the tough training together witness a woman being abducted right before their very eyes. As they were taught in the academy, they quickly report the incident to the police, but the police are in no hurry to jump on the case. So the duo decide to take the matter into their own hands and rescue the woman.