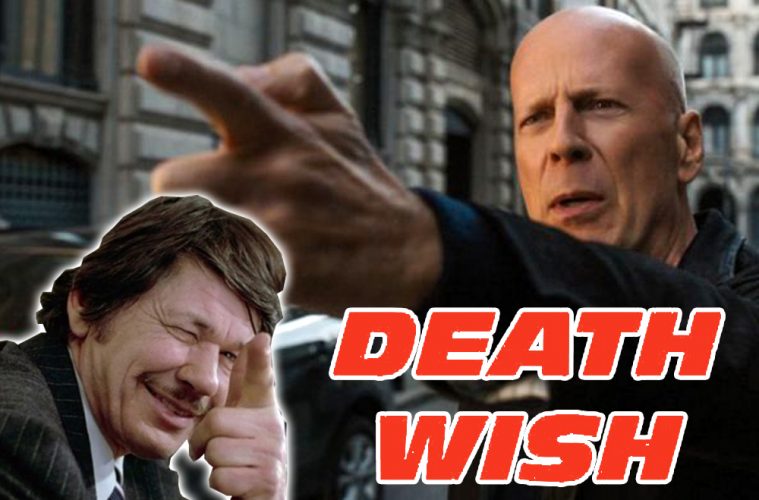 A trailer for the Death Wish remake, starring Bruce Willis and directed by Eli Roth, landed today, sparking a horde of tweets containing everything from accusations that the film is being made for fascists to more even-tempered responses such as, “Yknow… I must admit. I don’t hate it.”

Seeing as my gracious editors here at AAGG don’t mind me sharing my opinion, I’ll add that I don’t love it either.

For starters, it’s another remake to add to our ever-growing post-millennial collection. The use of AC/DC’s “Back in Black” in the second half of the trailer is also a bit of an odd choice for a story that is so dark in tonality.

The original Death Wish wasn’t presented as a fun movie where a ‘good guy with a gun saves the day’ (although director Eli Roth might be tapping into the gun-happy flippancy of the sequels). It was a movie about a man who tried to live a good life, had that life brutally stolen from him, was driven crazy by the lack of justice the police could provide, and went on a killing spree as a result.

When it was released in 1974, Death Wish was met with just as much derision as it is now. Even back then, its controversial glorification of vigilantism personified by a seasoned Charles Bronson was considered crass at best, at worst, a would be source of inspiration for angry men.

However, after years of moral busybodies telling us how dangerous the influence of entertainment like Death Wish can be, here’s a little something many of us are pretty damn sure of in 2017:

Everyday, normal, average people don’t commit acts of violence because they saw it happen in a movie.

Yup. Mind-blowing, I know! Better yet, sometimes, directors like Roth (‘a moral idiot’ according to Sam Adams of Slate) make decisions about their movies because they have visions of entertaining people apart from making obvious moral statements (taking the law into my own hands is…. bad?).

My guess is that for most people, Death Wish will be exactly what it appears to be: a guy, not a cop, going around shooting bad guys who hurt him first.

Wow… we totally haven’t seen that before. Anyway, here’s the friggin’ trailer.