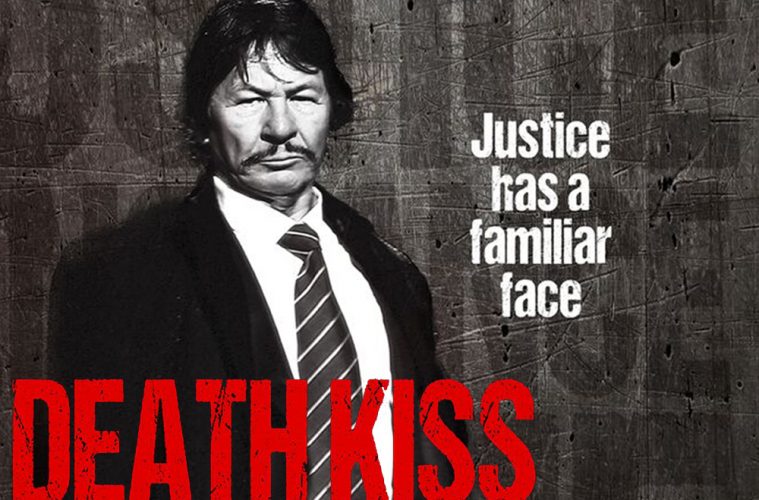 Do you believe in doppelgängers? Because you’re about to meet one in DEATH KISS, a newly released vigilante film where, so reads the tagline, justice has a familiar face. 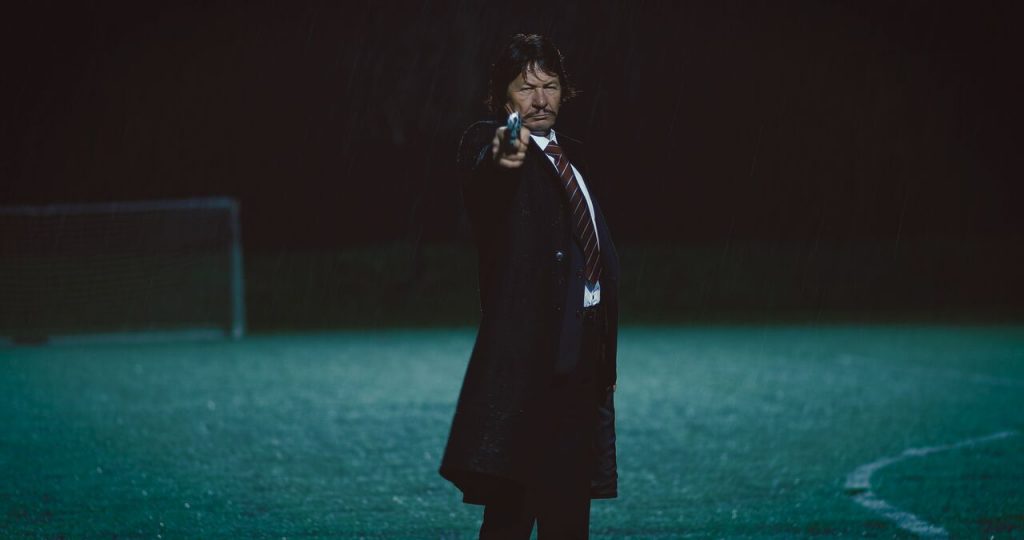 No, that isn’t Charles Bronson, back from the dead to kick more ass. It’s Robert Kovacs, aka ‘Bronzi,’ a man who shares a nearly comical amount similarities with Bronson beyond mere facial features and build.

Death Kiss follows ‘K’ (Bronzi) through a familiar setting; K stalks criminals who hurt the innocent and obliterates them.

While that brief summary more or less applies to every Death Wish film, it’s even more accurate here as K spends the first 30 minutes of the film dropping one-liners and bullets into random low-lifes that refuse to tie in with the rest of the plot.

However, Death Kiss looks better than good, it looks dirty and badass. The wardrobe department did an incredible job dressing Kovacs like Bronson in multiple elements and the soundtrack also is on point, 70s guitar over 80s synth. 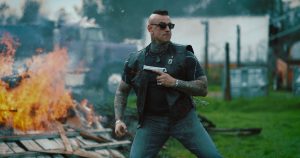 My favorite shot of the film is K standing in the rain as seen on the poster, but the first person cutaways to his .357 were also a very nice touch and made several shootout sequences more memorable.

If the movie pundits of the mainstream media largely found Eli Roth’s Death Wish remake to be offensive, Death Kiss would send them vomiting to the nearest hug box.

Dan Forthright (Daniel Baldwin) delivers rant after rant on the radio, discussing not only vigilantism, but racism, societal hypocrisy, and police ineptitude.

On this note, I have to praise Baldwin’s performance and writer/director Rene Perez’s writing. What gets said is extremely ballsy and well fitting for a Death Wish/Kiss film.

One major element that’s missing from the film though is the presence of police.

Law enforcement is mentioned repeatedly, but never shows up (unless you count one lonely TSA agent). That means no detectives closing in on the identity of our vigilante with a heart of cold, no policemen showing up to the crime scene as he flees the bloodbath, no moments of K pretending innocence as he lives a double life, etc…

In fact, Death Kiss never shows us who K is outside of being a vigilante, which coupled with a lack of police presence makes the narrative feel a bit thin.

However, my main complaint is the decision to dub over Bronzi’s dialogue.

One can only assume this was done because of the actor’s heavy hungarian accent, but that would have only made him sound all the more like Bronson, who was Lithuanian by birth.

If the lines needed to be dubbed that badly, my suggestion would have been to have Bronzi dub himself in post. K doesn’t have many lines, and the obvious dub-over just cheapens the overall product. 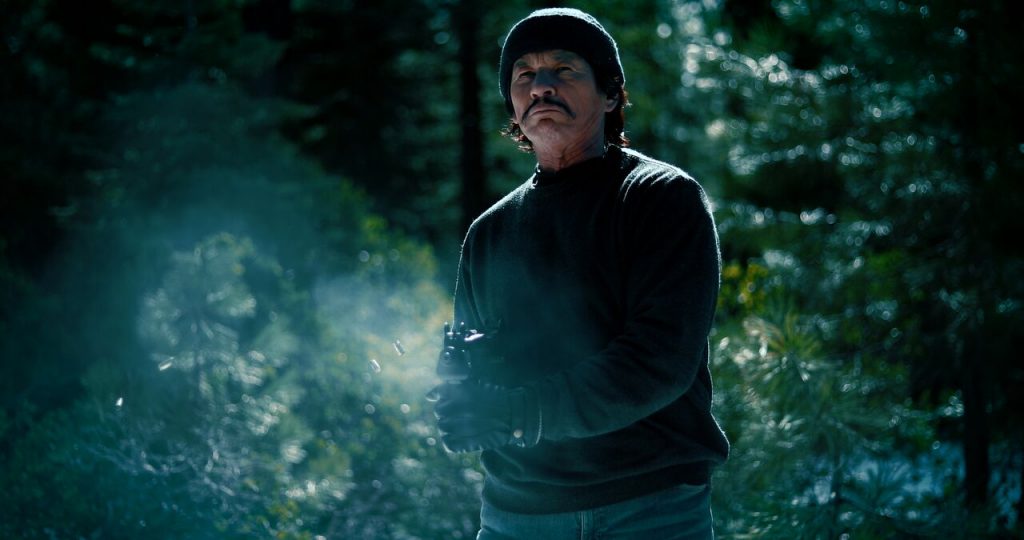 With all of that being said, I give DEATH KISS the official Macho Meter Ranking of…. Death Wish 6. 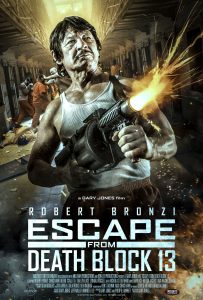 Kovacs looks comparable to Bronson in the later films and the story portrays K (Kersey) as an older vigilante, an angel of death–seeking redemption–one foot from the grave, who has been lucky far too long.

If director Rene Perez’s goal was to carry on the Kersey legacy, I’d say he succeeded with a major boost from his actor’s genetic disposition towards destroying look-alike contests.

That’s not a knock against Bronzi though. He doesn’t simply look like Bronson. He acts like Bronson and carries himself with the same attitude.

Thompsonator Chronicles is a reoccurring column here at AAGG featuring videos, articles, and editorials that may not represent the views of the site’s owners. Thompsonator invites you to connect with him on his Twitter Account @ActionRation.