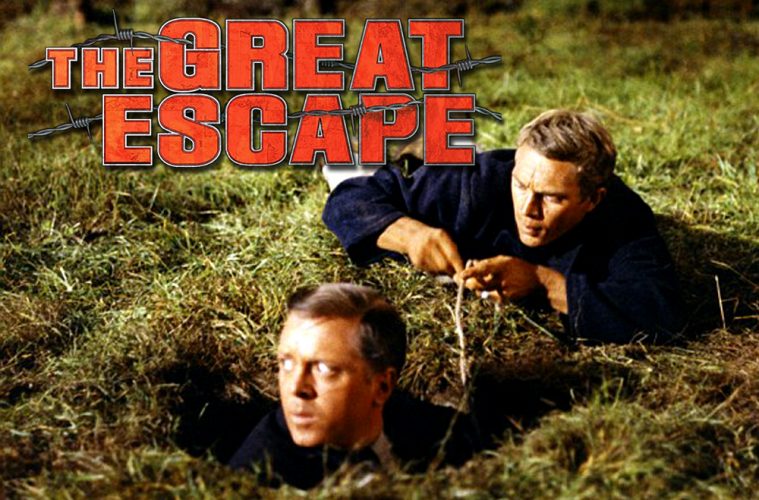 Yesterday on ActionAGoGo, we published my review of “The Coolest Guy Movie Ever,” a new forensic documentary where a team filmmakers travel to Bavaria, Germany to retrace the steps of John Sturges, Steve McQueen, Charles Bronson, etc, as they filmed The Great Escape.

I reached out to the documentary’s executive producer, Joe Amodei, who was kind enough to grant us an interview regarding his new film…

When was the first time you saw The Great Escape and what about that film makes it so endearing to you?

I saw the film when it first came out in 1963. I was a young lad at the time and the sheer excitement of the chase got me so involved that I went back and saw the film multiple times. As a kid it was just entertaining and came at a time when I was discovering movies for the first time.

It’s been nearly 60 years since The Great Escape was filmed in Bavaria, how did it feel visiting those locations today?

I exec-produced the film and alas was not part of the filmmaking effort. But Bavaria is now a part of my traveling future for sure.

Your company’s name is Virgil Films. Besides Steve McQueen as Virgil Hilts, who is your second favorite character and why?

Charles Bronson’s portrayal of Danny the “Tunnel King” is my number two go to. Bronson had that tough guy image and stayed with it throughout his career.

In my opinion, The Great Escape is sort of a forerunner for the action films that would follow; first we had McQueen and Bronson, than came Stallone and Schwarzenegger. Do you like action films? And if so, what are some of your favorites?

I tend to go back to the sixties with films like “The Magnificent Seven,” “The Dirty Dozen,” “The Professionals” and “von Ryan’s Express.” Today’s action films are defined by a green screen and a comic book. I appreciate them for what they are but I don’t go crazy over them.

Obviously, The Coolest Guy Movie Ever is a labor of love made by people who are passionate about the original film, but other than celebrating one of the greatest WWII films ever, what else do you hope this documentary accomplishes?

Quite simply I hope people go back and rediscover the movie. Or like the rest of us guys out there, watch it again and again and again. Maybe McQueen will make it to Switzerland after all. It is the film that drives our wives, girlfriends and significant others crazy. Ain’t nothing wrong with that eh! Ha!

The Coolest Guy Movie Ever is available on VOD. You can check out the trailer below.