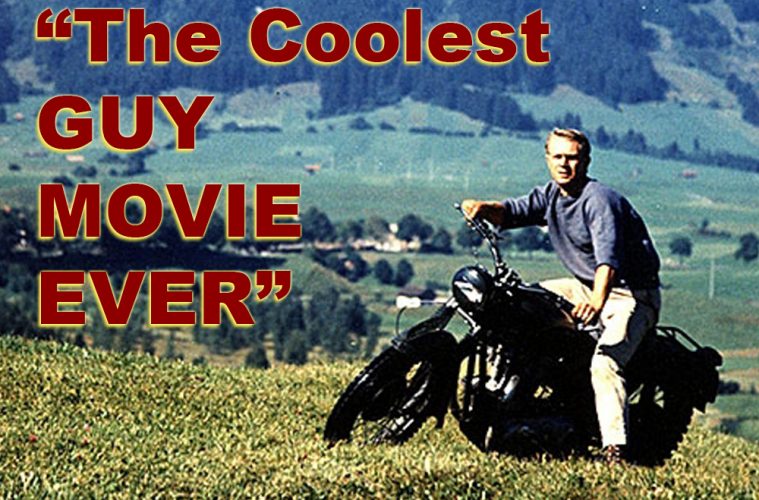 THOMPSONATOR CHRONICLES: “THE COOLEST GUY MOVIE EVER,” NEW DOCUMENTARY ABOUT THE GREAT ESCAPE

Post WWII, movies often told semi-true stories of brave soldiers, willing to sacrifice themselves for higher ideals (this ended around Vietnam) and while a lot of these films are excellent, The Great Escape was always one of the best.

Towards the end of the war, a group of mostly British flight officers being held prisoner by the German Luftwaffe in Poland, decided they would attempt the largest POW escape in history.

The story of their success was first told in a novel by Paul Brickhill and later adapted to film. Unlike the novel’s more historically accurate and dour tone, the movie is both packed with action and unforgettable characters, most notably Steve McQueen’s motorcycle miscreant, Captain Hilts.

Now, nearly 60 years after its release, an endeavor was underwent to investigate the making of this film and hopefully rekindle some much deserved interest. 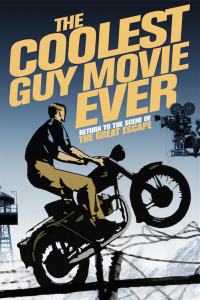 From Virgil Films comes, The Coolest Guy Movie Ever, a forensic documentary that retraces the steps of film legends such as John Sturges, Steve McQueen, Charles Bronson, James Coburn, and more, as they made the quintessential tough guy film of their era.

After so much time has passed, it may be surprising to hear that a new documentary exists. Indeed, despite a refined narration given by actor Lawrence Montaigne (Canadian Flight Officer Haynes), most of the original cast and crew is now deceased and the original campsite overgrown by Bavarian black forest.

However, lacking obvious material to cover didn’t stop director Christophe Espenan and fellow film historians from shedding new light on their chosen subject matter. The documentary focuses instead on rediscovering locations where famous scenes were shot as well as gathering interesting interviews from German locals, who offer unique insights into what it was like being a kid when a guy like McQueen rides into town.

About an hour long, it is filled with unique trivia that will please life-long Escape fans like myself (along with Star Wars and Ninja Turtles, this was my favorite movie when I was six), however, it may be a harder watch for viewers who are unfamiliar with the subject matter.

If you haven’t seen The Great Escape yet, I recommend treating yourself to what is widely considered a great film and saving this documentary for afterward if you want to know more or happen to love sight-seeing in rural Bavaria.

The Coolest Guy Movie Ever is available on VOD. You can check out the trailer below.