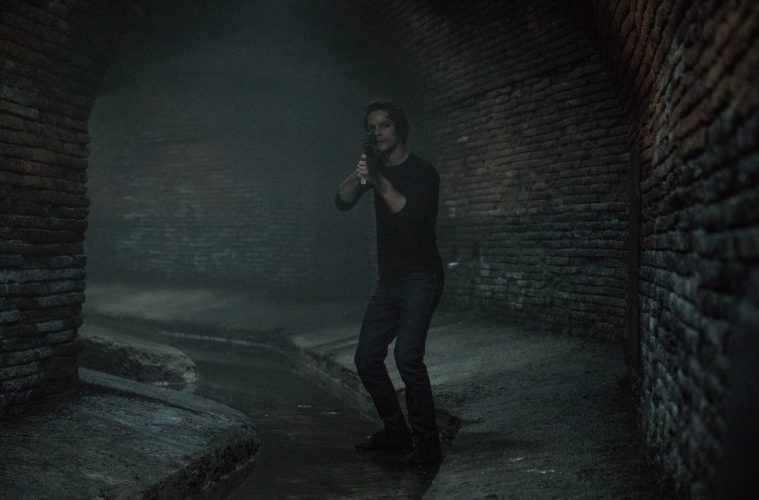 LISTEN: ‘AMERICAN ASSASSIN’ AND THE SOUNDS OF A WORLD WAR RISING

“Everything about [director] Michael Cuesta’s approach to the movie focused on character… the motivations and complex interrelationships between the story’s principle players” said Price. “We talked a lot about how the music could support Michael’s psychological approach to the storytelling.”

AMERICAN ASSASSIN follows the rise of Mitch Rapp (Dylan O’Brien), a CIA black ops recruit under the instruction of Cold War veteran Stan Hurley (Michael Keaton). The pair is then enlisted by CIA Deputy Director Irene Kennedy (Sanaa Lathan) to investigate a wave of apparently random attacks on both military and civilian targets. Together the three discover a pattern in the violence leading them to a joint mission with a lethal Turkish agent (Shiva Negar) to stop a mysterious operative (Taylor Kitsch) intent on starting a world war.

“The very first scene in the film portrays a moment in our lead character’s life that changes everything, and gives him the motivation that drives his life beyond that point,” Price explained. “Within the cue that plays there I needed to capture the intensity and emotion of the events themselves, whilst also introducing themes and devices that would then reveal their importance as the film progresses.”

Price continued, “There are themes of loss, anger and revenge, and a lot of my job was giving the characters clear musical identities that we could develop and combine in various ways as the character’s journeys emerge and as the film builds to it’s climax. Michael was always looking for characters to have recognizable themes and sounds within a score that allowed the tension and mystery of the movie to develop in a very intense way.”

Steven Price is an Academy Award-winning composer. In 2014 his groundbreaking score for Alfonso Cuaron’s GRAVITY won him not only the Academy Award but also the BAFTA, Critics’ Choice Award, the Satellite Award, and ASCAP’s first-ever Film Composer of The Year Award. Subsequent projects have included FURY, the WWII epic starring Brad Pitt, written and directed by David Ayer; BELIEVE, a drama series produced by Alfonso Cuaron and JJ Abrams for NBC; the BBC’s THE HUNT, a landmark natural history documentary series for which Price won his second BAFTA, and Warner Brothers’ 2016 hit SUICIDE SQUAD.

Price’s debut feature score was for Joe Cornish’s 2011 feature ATTACK THE BLOCK, produced by Edgar Wright. The score earned Price awards for Best Original Soundtrack from both the Austin Film Critics Association and the Sitges Film Festival. Price’s collaboration with Wright continued in 2013, with Price composing the original score for the Universal comedy THE WORLD’S END, before the release in 2017 of BABY DRIVER marked the culmination of a ten-year creative process.