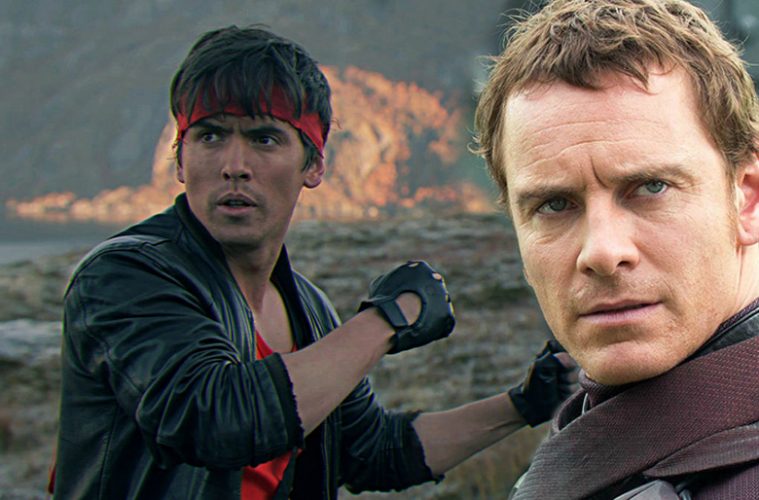 A Sequel To Kung Fury Is On… With Michael Fassbender!

I’ve only seen Kung Fury for the first time today. I’d heard of it, but had never checked it out. And now I hate myself a little for not having seen this crazy thing before. Set as an homage to classic over-the-top 80’s action cinema and science fiction, Kung Fury is a 30 minute short movie, funded by a Kickastarter campaign, with the title hero Kung Fury (Played by creator David Sandberg) travelling back in time to kill Hitler and stop a future Nazi machine invasion. Or something like that. The whole thing is insane. And wonderful. The brilliant electronic 80’s score, the pop culture references (It has David Hasselhoff as the voice of a car named the HOFF9000!), and the hysterical action scenes. There’s a scene beginning at the 18 minute mark that actually gave me full on goosebumps. With a bigger budget, more stars and feature length running time, Kung Fury could be an incredible big screen movie. After all, who doesn’t love crazy 80’s action movies with ridiculous leading heroes and terrible science fiction stories?

But hurray for Hollywood, because their lack of ideas has just turned up a brilliant idea! Kung Fury 2! With the creators and star of the short movie coming back, and the Hoff also on the way back, Kung Fury 2 is getting a big screen outing, from the producers of the smash-hit adaptation of Stephen King’s IT, David Katzenberg, Seth Grahame-Smith and Aaron Schmidt. But not only that, they’ve gone and bagged themselves a major movie star… Michael Fassbender. The star of Promethus, Alien Covenant, Assassin’s Creed and the recent X-Men blockbusters has signed on to star in the upcoming sequel. What role he’ll play is unknown, but to have David Hasselhoff and Michael Fassbender onboard is terrific for a project like this. Brushing up on my history of Kung Fury has thought me just how big this short movie really is. I enjoyed it a lot, and now I’m looking forward to seeing what shape this new movie takes, whether it’s a direct sequel, or perhaps remaking the short movie. If online sources are true, it appears to be a whole new movie with none of the story from the short movie playing a part this time, only the lead character. The first Kung Fury was intended to be a feature length movie, but funding fell through, so the creator. Sandberg, delivered a much smaller version of what he had hoped for.

With a release date for 2018 announced, we should be seeing Kung Fury 2 in the not too distant future. Until then, check out the original movie below, if you’re a fool like me who hasn’t seen it yet.