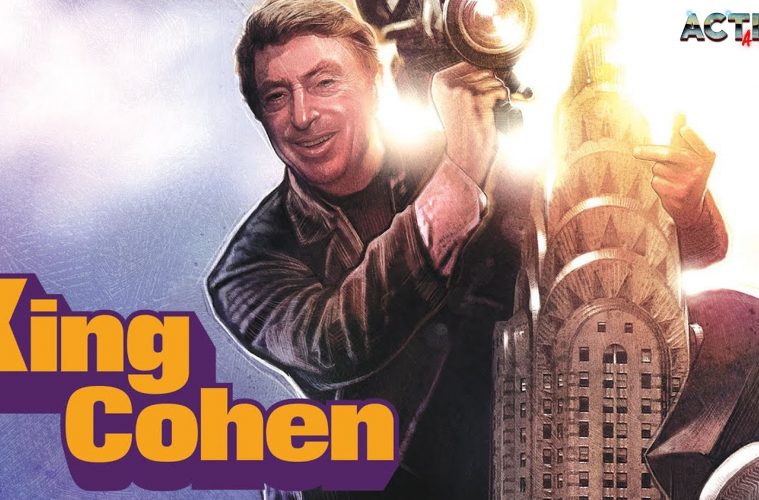 You’d be forgiven for not knowing the name Larry Cohen. I didn’t. However, if you are any kind of cinephile you’ve probably been exposed to his work. Be it 70’s and 80’s genre pieces like It’s Alive and The Stuff, early Blaxploitation efforts like Black Caesar and its sequel Hell up in Harlem, or more recent thrillers like Captivity and Phone Booth, many are familiar with the films of this prolific writer, director and producer, even if they don’t know it. Since his start in the film and television business sixty years ago Larry Cohen has been toiling in relative mainstream obscurity. That may change with the upcoming release of the new documentary, King Cohen (dir. Steve Mitchell). 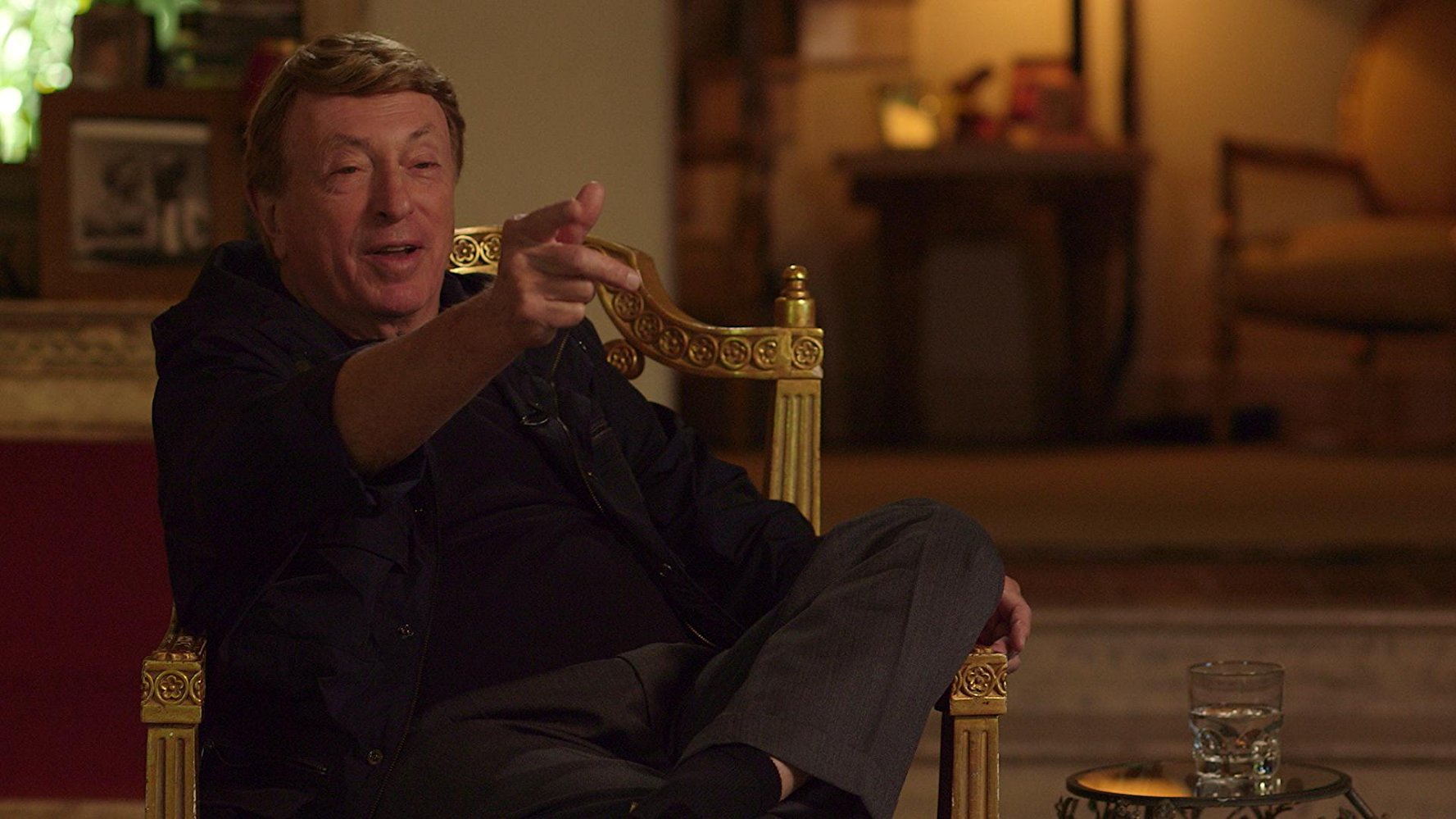 King Cohen is a rose-tinted retrospective of the life and filmography of Larry Cohen, told largely by the man himself as well as frequent collaborators, critics, family, friends and A-list admirers like J. J. Abram’s, John Landis and Martin Scorsese. Seeing Scorsese’s iconic eyebrows jump up in excitement as he talks about Cohens impactful and honest work in writing and directing The Private Files of J. Edgar Hoover is eye-opening and gives the audience an immediate by-proxy appreciation for the legacy a largely overlooked filmmaker.

Cohen is portrayed as a man who has cut his own path through the Hollywood ecosystem. Feeling unhappy as a performer he turned to writing, feeling that his scripts weren’t being fully realized he turned to directing. Finally, as a means of ensuring total control over his art he became a producer. With the ability to tell his own stories in his own way, Cohen set about crafting an undeniably unique canon of films that King Cohen explores in depth. 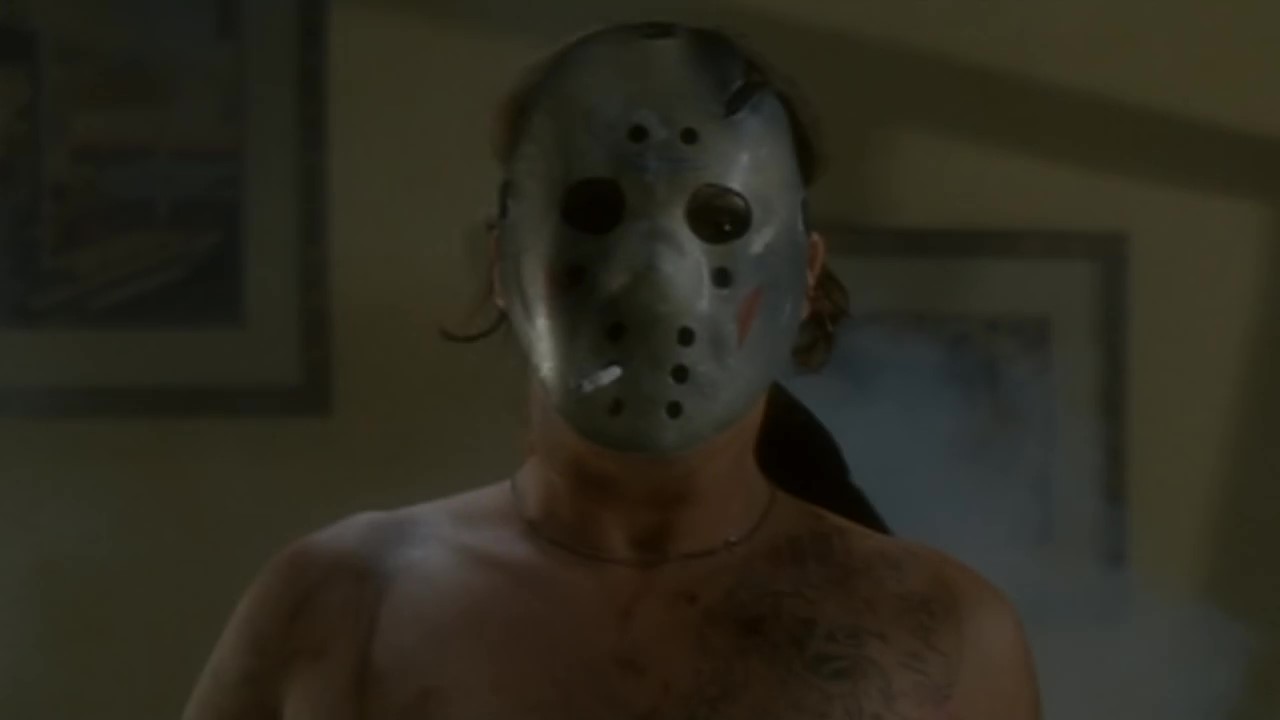 It’s all fascinating stuff whether you’re a longtime fan of Cohen or largely unfamiliar with his work. (For my part, Original Gangsters, a 90’s gangbanger ode to blaxploitation starring Fred Williamson, Pam Grier and Jim Brown has long been a guilty pleasure…but the only work of his that I’ve seen thus far.) The overall tenor of Larry Cohen’s films seem to span from trashy thrillers to pure schlock. Consider Special Effects, an Eric Bogosian starrer about a murderous director, or mutant baby horror film It’s Alive and its sequels. B-movies with a capital ‘B’, but that’s no insult! Mainstream audiences might never embrace Larry Cohen’s filmography, but cult movie fans will find a lot to love. And you can’t help but admire Cohen’s relentlessness in pursuit of his artistic vision.

Cohen’s legacy will perhaps be his embrace of guerilla filmmaking and the boldness he displays throughout his career in ‘stealing’ locations. For those that do not know there is quite a lot of work that goes into the pre-production of a film, that is, all the prep that happens before a single frame is shot. This includes but is nowhere near limited to: writing a script, raising money, hiring actors and crew, renting equipment, scheduling, planning for logistics like food and where people are going to go to the bathroom and of course securing permission to film where ever you’re going to film. Cohen’s moviemaking philosophy in relation to permits is essentially: “Nuts to that.” 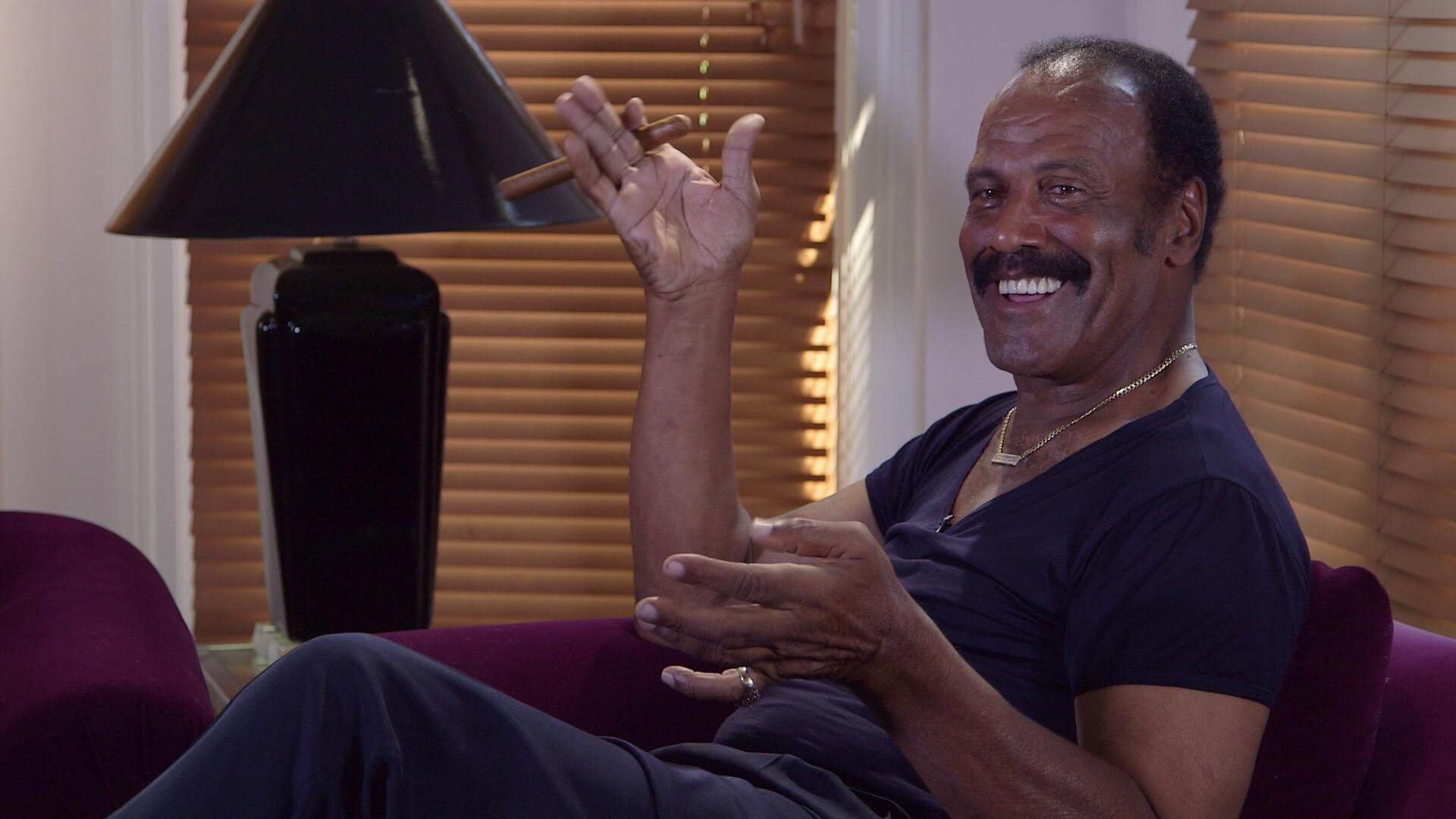 Cohen is infamous for simply having his actors walk into a crowded public space and introduce chaos and while his team films the results. No legal permission to be there, no notification of the proper authorities. Just plop the camera down and shoot. It’s dangerous as hell and it works to great effect. The scenes feel candid and real because they are. Cohen and company gleefully reminisce about all the super-dangerous and illegal things that they got away with. There is a certain charm and romance to that style of filmmaking that, in a post-9/11 world where everybody is on watch for suspicious behavior, will likely never come again.

What is not addressed in complete depth is the sheer danger that Cohen’s style of guerrilla filmmaking can put people in.  Talking of one scene in Black Caesar in which a taxi drives down a crowded city street, Cohen jokes: “This is New York City, they’ll just get out of the way…” One scene in Q: The Winged Serpent had ‘actors’ in buckets hanging off the side of the Chrysler Building, firing machine guns that were raining shell casings onto the panicked citizens below. They make exciting and thrilling scenes but what King Cohen only lightly touches on is the fact that filmmaking like this can potentially have awful consequences. 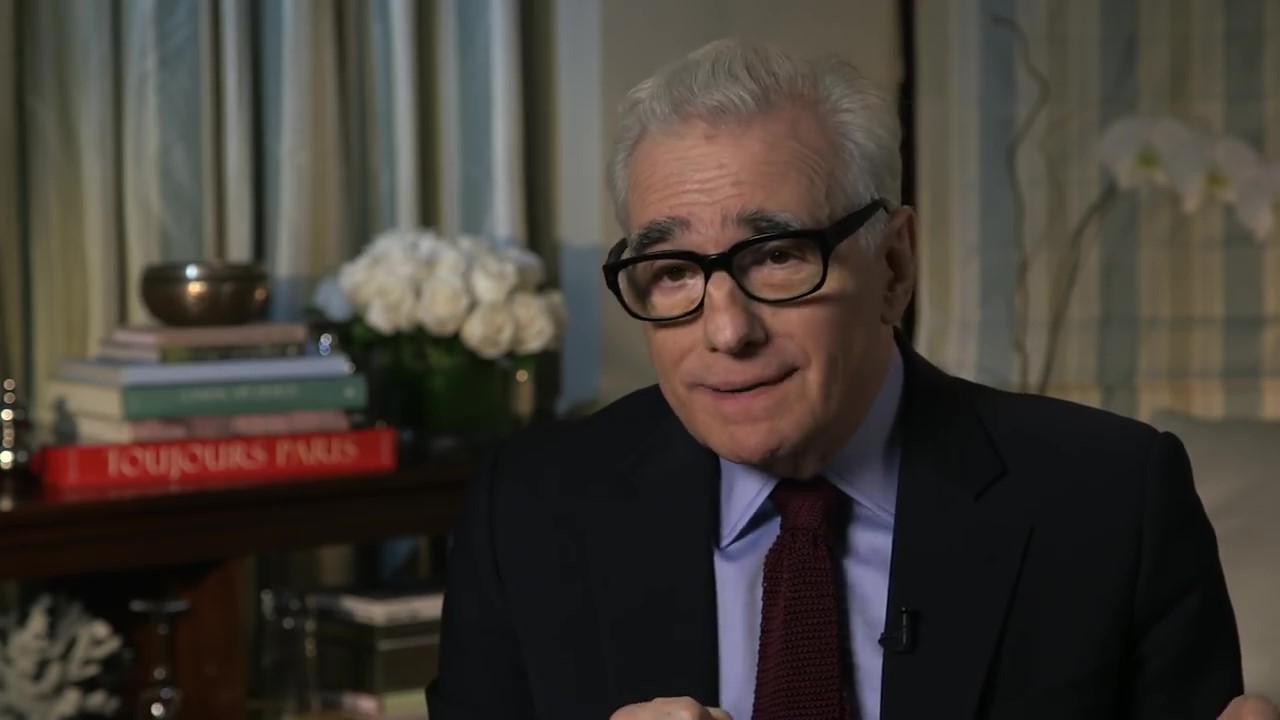 You’re probably aware of the tragic story of Sarah Jones, the Assistant Camera who lost her life on the production of Midnight Rider due to the negligence of the producers. I myself have been put in plenty of unsafe situations at the hands of other filmmakers who were most concerned with “getting the shot”. I’ve also been kicked out of filming locations because the producers didn’t secure the proper permits. It’s scary, demoralizing and in every instance caused me to lose some respect for the people I was working for.

Troma’s Lloyd Kaufman says it best in his ‘Three Rules of Production’, taken from

the book ‘Make Your Own Damn Movie’: 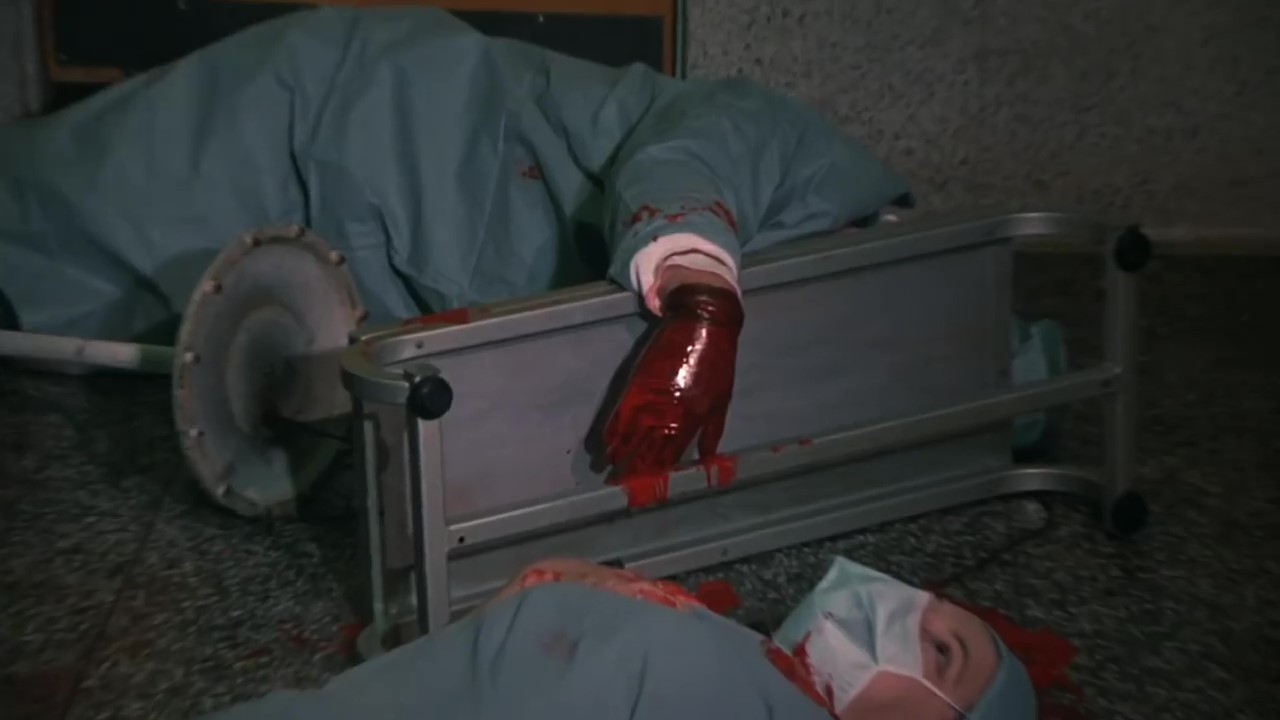 Notice how ‘Make a good movie’ is third on the priority list? No film, not a single one in the history of cinema, is worth dying for. For my money, King Cohen might have done well to put a finer point on that.

All that said, if I take off my modern filmmaker hat and climb down off my soapbox, I can’t help but be ASTOUNDED with the number of things that Cohen got away with during his career. You can’t help but respect the man once you’re exposed to his story and I’ll definitely be checking out more of his movies.

Early in the film, Cohen attends a horror convention and interacts with the fans who come up to his table to geek out with him. He quips: “I’m just sitting here waiting to be adored by people.” Perhaps he’ll get his wish with the release of King Cohen, which I would recommend if you’re down for a fascinating look at a reckless and determined moviemaker, a filmmaker who could only exist in his own time.