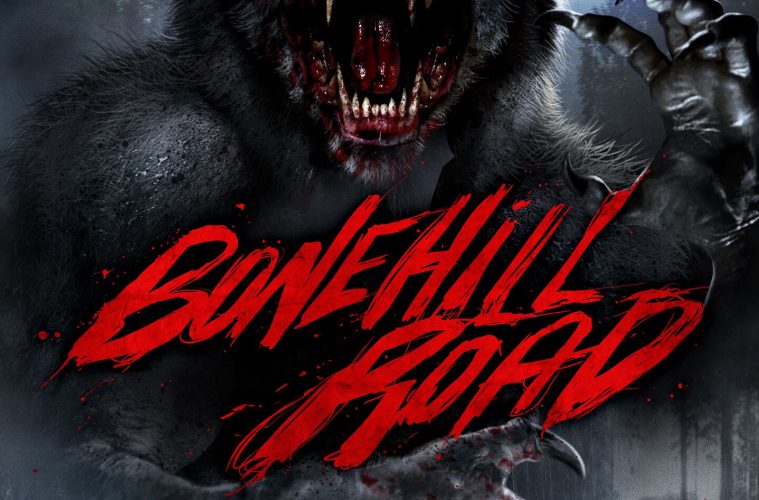 It would be unfair to judge Bonehill Road, a low budget werewolf flick, outside of the horror-exploitation vacuum that director Todd Sheets (a.k.a. ‘The Master of Splatter’) appears to stick to in regards to his filmography. Production values are low, performances range from ok to achingly bad. That’s a given. That’s not why you’re here. The film should instead be judged on its ability to do two things: 1) Capitalize on an interesting concept and 2) Bring the gore. It excels at the latter and struggles with the former. At the end of the day Bonehill Road offers the viewer what amounts to a mixed bag of slimy viscera. 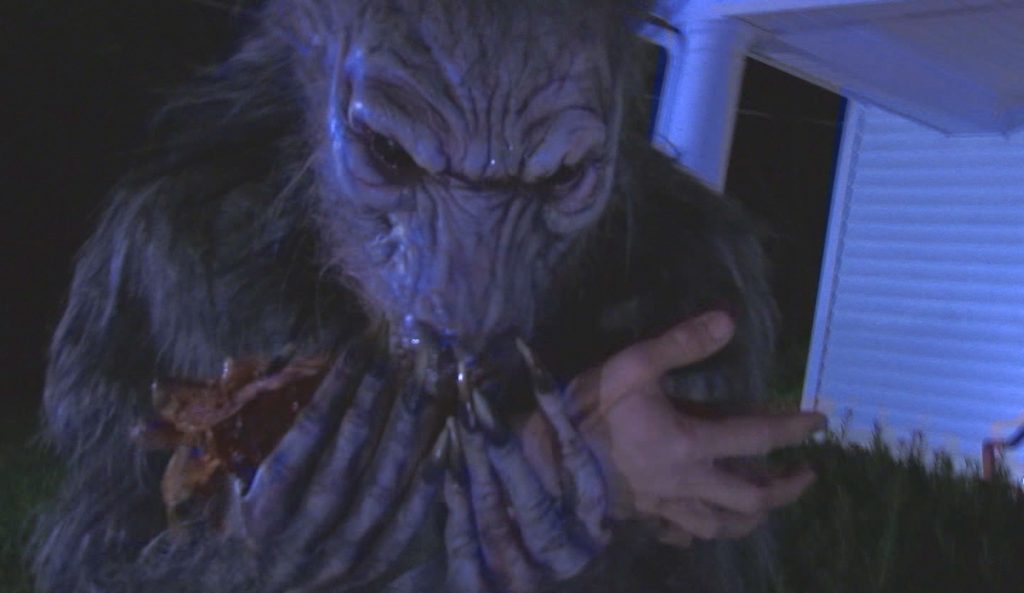 The film starts in medias res as mother Emily (Eli DeGeer) fights off her abusive husband and escapes with her teenage daughter Eden (Ana Rojas-Plumberg) in tow. Along their flight to safety they bicker and console one another, meet a creepy stranger (Douglas Epps), and hit a werewolf with their car.

Here the movie hits a gigantic pacing snag. We all know how this scene is going to play out. There will be musings of it being a “big dog” or a “bear”. One of the women will search for it and will get attacked and cursed with lycanthropy. Indeed, this is how the scene plays out.

The problem is that the scene clocks in at a little under fifteen minutes.

I won’t bore you with the minutiae of exactly what transpires, but after all of the pussyfooting around the car by the werewolves and indecisiveness from the characters we end up right where we knew we would with the ladies fleeing the scene on foot.

This scene also highlights another issue with the film and that’s the rubber-mask appearance of the werewolves. It’s not that the creatures aren’t detailed or horrifying in their own right, the sculpting is fine work. It’s more that they’re shown so much and filmed in such a way that removes the mystery and terror one would hope to achieve from the monsters. Cutting the fat from this section of the film would have done a lot of good. 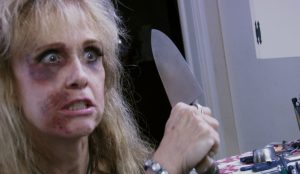 Once we are finally on to the next scene the mother and daughter happen upon a farmhouse where they discover a group of women (including scream queen Linnea Quigley) who have been captured and are being systematically terrorized, tortured and murdered by the creepy stranger from earlier. Thus begins the torture-porn portion of the evening’s entertainment.

We are treated to close-ups of knives gutting stomachs and entrails falling at the feet of the victims. The women are forced to eat cooked pieces of their friends and take bone saws to bodies. The gore effects themselves are as gooey and gloopy as one would want. Great care is taken to showing each cut, slice, stab and chop in luxuriant detail and you can tell that these are the shots that the filmmakers care the most about capturing properly. THIS is why you’re here. It’s horrible stuff that I will tell you is not really my cup of sick, but people who like this sort of thing will find it to be the sort of thing that they like.

My issue is that during this section of the film the werewolves who have followed Emily and Eden to the house have been left ENTIRELY in the dirt. Occasionally the film will cut to a shot of the wolves outside for a quick bay at the moon but otherwise the movie forgets about them entirely until they’re used to help dispatch another one of the farmhouse characters. Bonehill Road then switches gears once again to a siege film where the monsters weakly paw at the windows and doors and the survivors do their best to keep them out. 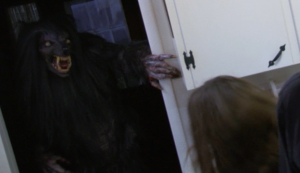 It’s a shame that the filmmakers missed the opportunity to intermix the pressure that the attacking werewolves create with the horrors already being inflicted on the women inside the house. Instead, the werewolves patiently wait outside until it’s their time to take the stage again. It is a potentially fresh concept that can never properly find its footing in execution. Thankfully, once the film switches back to werewolf-mode it can lean further into the strength of its gore for what is probably the most important thing it should get right: The transformation scene.

A fair metric to judge a good werewolf movie is by its transformation scenes, the gold-standard of course being An American Werewolf in London. Here, I feel Bonehill Road finally makes an impression. Sheets has opted to go the practical effects route and eschew CGI. (The opposite of the gold-standard of course being An American Werewolf in Paris). As terrible pain wracks the body of the victim, bones crunch, claws sprout from fingers and toes, facial features stretch and fur grows. It’s done with the same attention to detail as the earlier gore scenes and if Bonehill Road shines at all it’s because of the work accomplished here. Though if I may quibble at the plot once more while trying to not spoil anything, the first transformation comes a little out of left field and the second happens as a bit of a non-sequitur credit cookie. They could have easily been better tied into the plot of the film and been way more emotionally impactful, as such they’re well-made if poorly motivated. 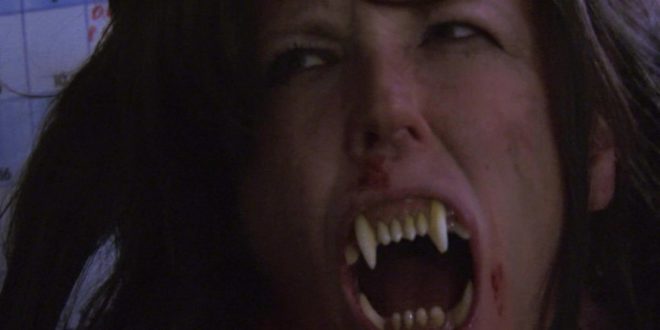 Feel free to seek this one out if you’re up for a genre-clashing gore-fest with a few doldrums to wade through. It’s my opinion that the film is only partially successful but your mileage may vary. If my words haven’t swayed you either way then a gander at the trailer should tell you all you need to know to decide whether a trip to Bonehill Road is in store for you. It is exactly as advertised on the blood-spattered tin.