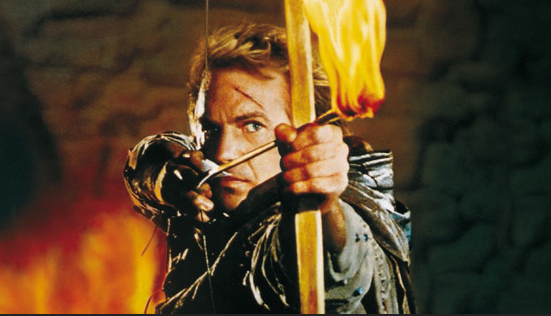 Let me take you back. Way back in time. To a magical time. We will call this time “the 90’s”. The 90’s were a great decade for movies. Perhaps, during this period, the action movie (and maybe even the art of moviemaking itself) was at its peak, and making a hit movie was a lot simpler.

No better example of this is ROBIN HOOD: PRINCE OF THIEVES. This movie was often lambasted for being a silly, corny, and a weird film starring Kevin Costner as Robin Hood (without sporting an English accent). This made it such an easy target that Mel Brooks was able to create one of the greatest spoof films in history, Robin Hood: MEN IN TIGHTS, which punches PRINCE OF THIEVES in the teeth with joke after joke. 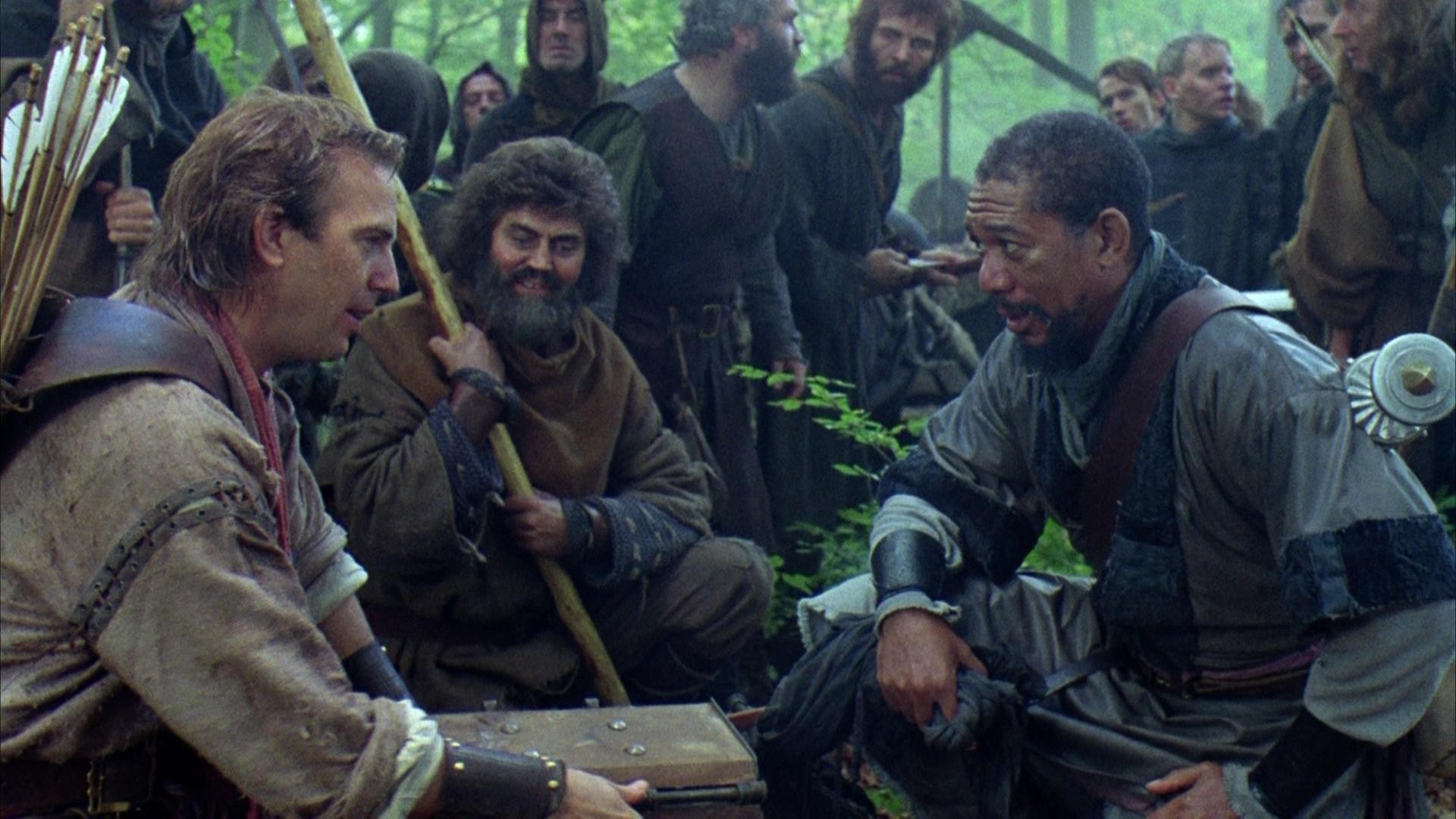 Knowing all this I have to say the movie has aged well. Along with Costner, it features Alan Rickman as the Sheriff of Nottingham and Morgan Freeman as Azeem, Hood’s Moorish companion. Both are amazing in their roles. Oh, and nevermind we are getting peak Christian Slater in this as Robin Hood’s half brother. Slater at least tries to have some sort of accent, whereas Costner DNGAF. It’s really great how Costner doesn’t even try, but this actually hearkens back to Hollywood tradition. Look no further than the likes of the original Spartacus (1960) to see how the heroes should speak “American” and the bad guys/rulers should be British. Period. 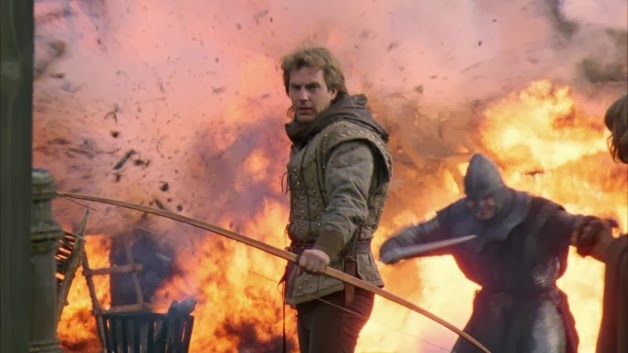 Besides the lack of accents or historical accuracy, the movie is a lot of fun. The action is crisp, and the movie seems to embrace its goofiness at times, but most of all the gimmick of Robin Hood with his bow and arrow shines. Ironically, this seems to be the one thing lacking from most modern action films that are not centered around superheroes.

What follows are a couple scenes that capture the fun of this movie. Enjoy, and, if you can, check out the movie on Netflix. It’s a pleasant reminder of how blockbusters used to be made.