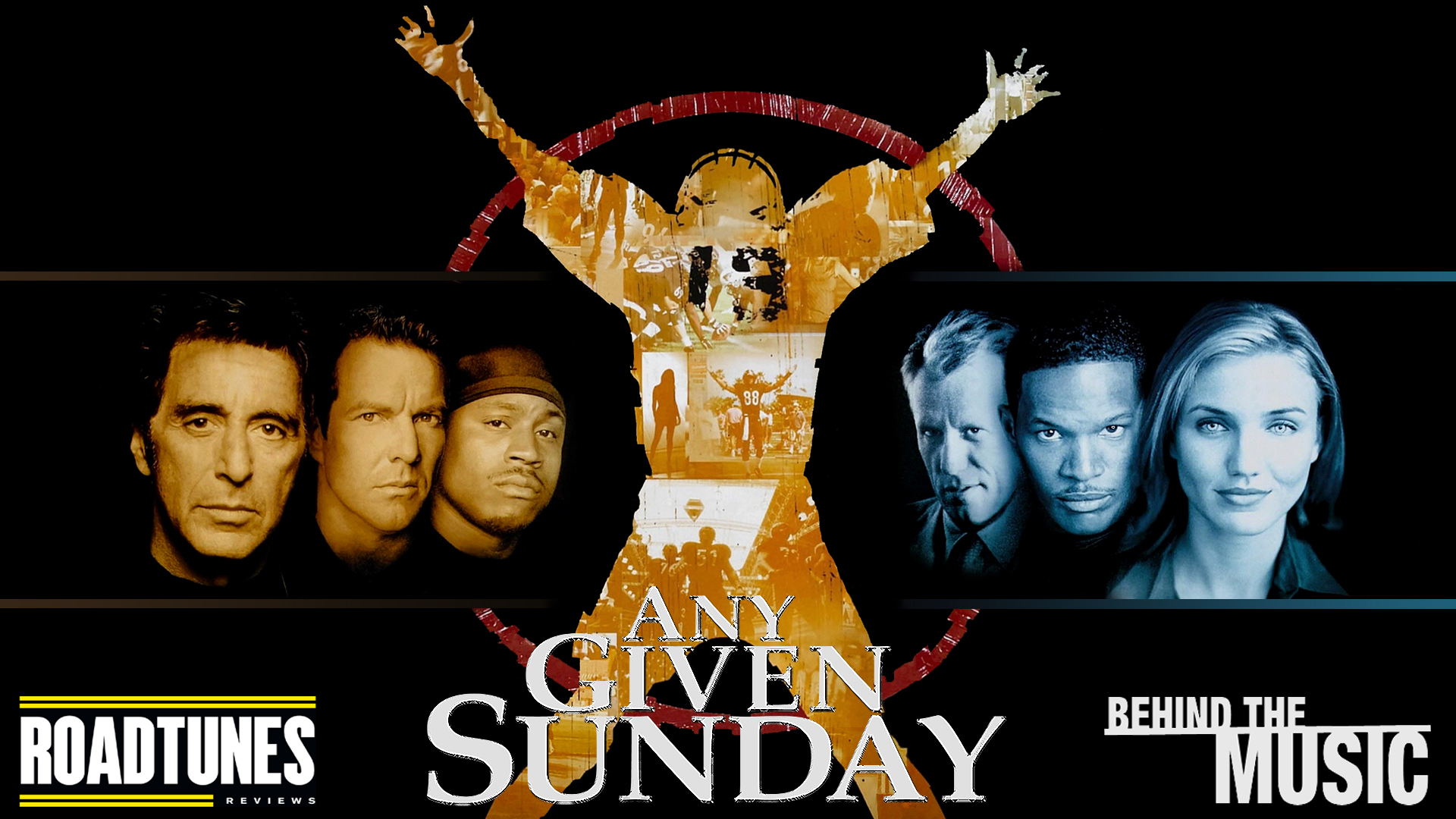 SHACK HOUSE: “THE WALL OF SOUNDTRACK PODCAST #7 – ANY GIVEN SUNDAY”

I chopped it up with Road Tunes Reviews and we’ve taken a break from Scorsese and have moved back to Oliver Stone. Andrew and I are sports fans so, in addition to talking about the music of this film, we had fun throwing digs at each others’ NFL teams (he’s a Jags fan, while I worship the Pats/Tom Brady’s divine altar). The sports film we chose was Any Given Sunday (1999), the Oscar-winning director’s look into the personal and professional lives of the owners, coaches, and players of a professional football team.

Starring Al Pacino, Jamie Foxx, Dennis Quaid, Cameron Diaz, LL Cool J, James Woods, and Jim Brown, the film was praised for its unflinching look at the ins and outs of a fictional version of the NFL. Several former and then-current NFL players made cameos in the film, including Terrell Owens, Dick Butkus, Warren Moon, and Lawrence “LT” Taylor. I picked up the soundtrack on CD back in high school and it’s certainly a sign of the times: Hip-hop and the rock sub-genre of nu-metal. Check out the podcast below!