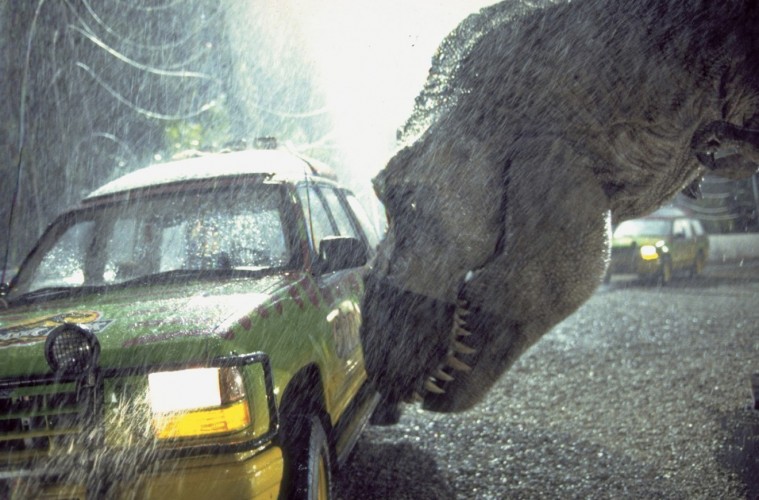 FIVE OUT OF FIVE ARNOLDS
Where were you in 1993 when you first saw Jurassic Park? I remember where I was. I was on a double date with my brother. Which was impressive because I was 8 years old and he was 18. Of course, I wasn’t paying attention to the girl. I was too busy repeatedly picking my jaw up from the ground for two straight hours.

Ok. So…I’m 28 years old, part of a digitally savvy generation known as “Millennials.” If the “Greatest Generation” were fortunate enough to hear The Jazz Singer (1927), and Generation X received the pleasure of experiencing the Star Wars (1977) phenomenon, what cinematic breakthrough did we have? Well, thanks to the magic of ILM’s computer animation, Millenials got to witness the dinosaurs of Jurassic Park convincingly walk the earth. 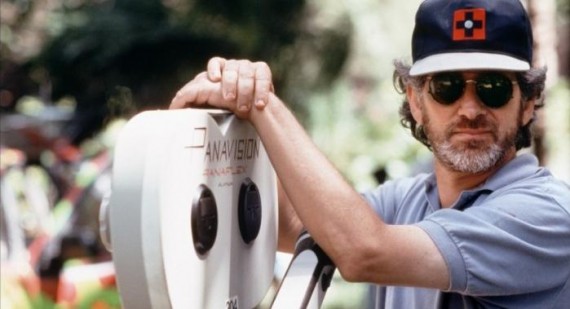 Looking back at his career, director Steven Spielberg actually owes a big chunk of his success to groundbreaking special effects. With Jaws (1975) and Close Encounters Of the Third Kind (1977) he solidified himself as a genius director of solid, genre defining movies. However, Jurassic Park stands above those films because it literally changed how movies were made. In retrospect, it is only fitting that Spielberg would be the director to usher in this digital age of cinema. It’s also ironic when you consider the fact that the movie’s plot hinges on getting computers to work right.

Looking back, the story is simple. An entrepreneur named John Hammond (Richard Attenborough) wants to open a theme park featuring real life dinosaurs that have been brought back to life via genetic manipulation. His investors won’t let him unless he can get a collection of scientists to approve the concept. His plan is simple. Get the scientists and his own grandchildren to go on a basic tour, be amazed, and sign off on the whole concept. Of course, everything goes when one of his employees tries to steal company secrets and ruins all of the parks security systems. The rest is history.

The plot is incredibly tight. An impressive feat considering how expansive the novels of Michael Crichton can be (which the movie is based on). Almost too tight around the ending, where things feel strangely rushed.
The acting is superb all around. Sam Neill delivers an amusingly reluctant performance as Paleontologist Dr. Grant. In addition, Laura Dern’s Dr. Lauren Sattler embodies tenacity, going out of her way to be more than just a screaming blonde. Ultimately, however, the show is repeatedly stolen by Jeff Goldblum as Dr. Ian Malcom, who single handedly taught my generation about the essence of chaos theory.
But the real star of this movie is and always will be the dinosaurs, and boy do they hold up. It really is amazing that this movie, that came out twenty years ago and ignited the digital revolution in cinema, still looks amazing to this day. Yes, you can tell its CGI, and in this day and age a few more “layers” could have been added to make it even more seamless, but this is still top class — still jaw dropping. Seriously, the film looks better than any CGI movie released now. (No. Really. Just pick one.)
Is it Action A Go Go or Action A No No? ACTION A GO GO, fool! The 3D is a special bonus and does not detract from the experience. Strangely, it almost feels like it was made this way to begin with. Don’t cheat yourself. You need to go see this in theatres and you have to see it in 3D!
For this movie lover it felt like a trip home. A warm hug from an old friend. It helped me step into the way back machine and remember what it was like being a kid again, staring at the light on a wall with my jaw open, finally seeing the impossible come to life.
Action A Go Go on Twitter and Instagram |Be sure to leave your thoughts in the comments section!Derek Scarzella is a lone wolf running through the night with a heart full of dynamite and a limitless passion for Action movies and all things awesome. ‘Nuff said.