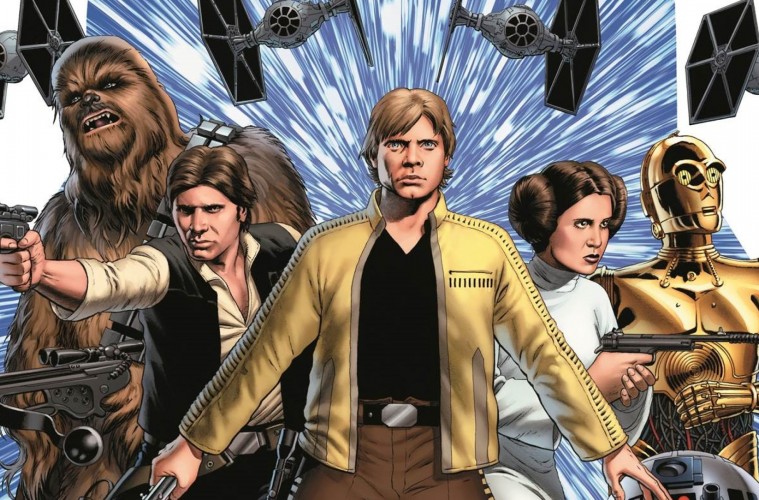 While I actively temper my excitement for Episode VII, I am totally on board for Marvel Comics’ first official Star Wars series in 28 years.

For those of you unaware, Jason Aaron is the sure fire scribe behind Scalped, Wolverine and the X-Men, Thor: God of Thunder, and (my personal favorite) Ultimate Comics: Captain America. Meanwhile, John Cassaday is the superstar artist behind such industry heavies as Astonishing X-Men (with Joss Whedon) and Planetary (with Warren Ellis).

Marvel has made damn sure to bring their A-level talent to sci-fi’s biggest franchise (even going as far as to scoop up Joe Quesada and John Tyler Christopher for variant covers). Quite frankly, I cannot wait until January 2015 when this bad boy hits shelves.