REVIEW: You May Be Canadian, But Are You HEROES OF THE NORTH Canadian?

Heroes as lovingly Canadian as a heaping plate of delicious poutine served with an ice cold Molson.

Superheroes are dominating everywhere you look. We are in what is arguably the New Golden Age of superhero entertainment right now. Notice I’m saying “entertainment” because this goes beyond just movies and comics. It’s become its own pop culture force. When one of these movies is announced or a new trailer or teaser is leaked the internet begins to froth at the mouth in anticipation. And we love it.

But at the end of the day what we are really getting is more of the same. Sure, MARVEL and DC (and by extension Disney and Warner Brothers, respectively) have a whole roster of great characters to choose from that allow them to keep pumping these movies out. That’s great. But what about the little guys? The independent artists and movie makers trying to get out there? Or just other new characters to explore and have fun with? My biggest fear is that everyone is going to forget that there are acres of independent talent that can be enjoyed alongside the big boy franchises dominating the box office.

And that’s where Heroes Of The North come in. Heroes Of The North is basically a Canadian “Marvel Entertainment Group” that is shot in the city of Montreal, Quebec, Canada. The heroes are all Canadian and work with the CDO (Canadian Defense Organization) and are committed to “protect Canadian interests and the safety of its citizens.” If that’s not a recipe for fun I don’t know what is!

Before I dive into an overall review of what I actually watched I want to get into just what this project is. I watched the first season of HOTN, which is basically episodes that are short films about each super hero or villain. The really interesting thing is that almost all the episodes I watched also had an entire comic book tied to it. The comics are more all over the place than the show, featuring different artist and writer team ups, but that’s a good thing.

The fun doesn’t stop there. They’ve got figurines, data sheets, a novel, and t-shirts — it’s intense.

So what do they call veritable orgy of geek stuff? “Transmedia.” It’s that art of telling a single story or cohesive story experience across multiple platforms. The comic book geek in me wants to delve into concepts of “continuity” and “universes” but to keeps things simple I’m just going to say “it works” and all of this is more cohesive then, let’s say the relationship between the movie IRON MAN and the actual Iron Man comic book that is regularly published. Now MARVEL is doing this with the movies and TV shows but so far comics haven’t factored into this like they do here. So this type of storytelling — especially from a smaller outfit — is unique and ambitious and it will be interesting to see how this evolves long term. 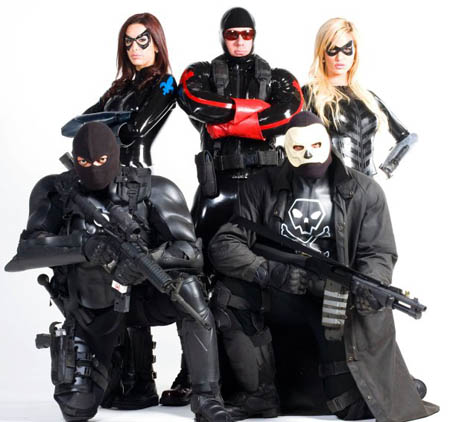 The first season of Heroes of the North consists of 20 episodes split up into 4 chapters. That is the season I watched, but they have already finished the second season. There was a lot of world building and origin stories done throughout. You can see the whole cast here but the standout heroes were Fleur-De-Lys (Edith Labelle), The Canadian (Larry Vinette), 8 Ball (Anderson Bradshaw), Black Terror (John Fallon), Nordik (Vanessa Blouin), and the Canadian Shield (Michel Brouillette). Nordik and Fleur-De-Lys have superpowers while The Canadian and The Canadian Shield are Captain America like heroes and 8 Ball and Black Terror are more hardcore Punisher type characters. These are all familiar archetypes that play out well. 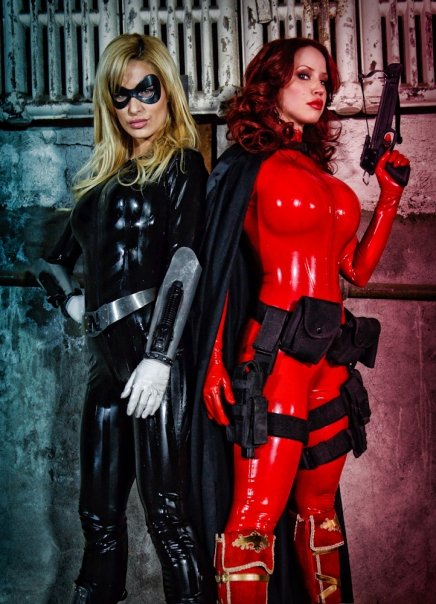 The villains, to me, are where the most fun and violence creeps in. Bianca Beauchamp plays Crimson, Marie-Claude Bourbonnais plays Hornet, and Anne-Marie Losique play Madame Doom. Losique gives a particularly good turn as the batsh** crazy villainess in her premiere episode. Also, Zombots. I cannot get enough of the Zombots. 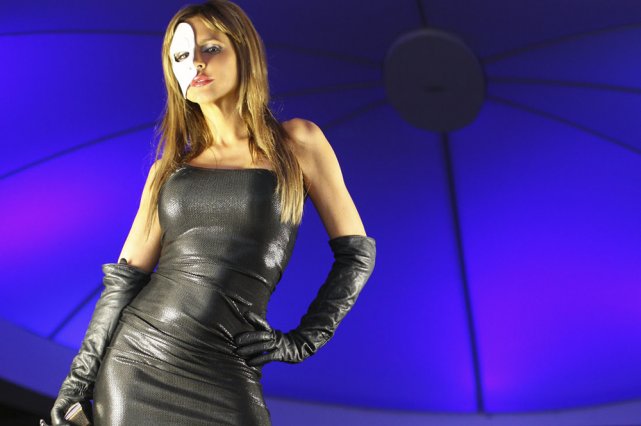 In terms of overall quality I’d probably compare it to the lunatics of Asylum studios fame. You know, the same outfit that gave us the classics Sharknado and Sharknado 2: The Second One. The key difference here is that the people behind Heroes Of The North care about things like continuity and are original with their characters and stories. 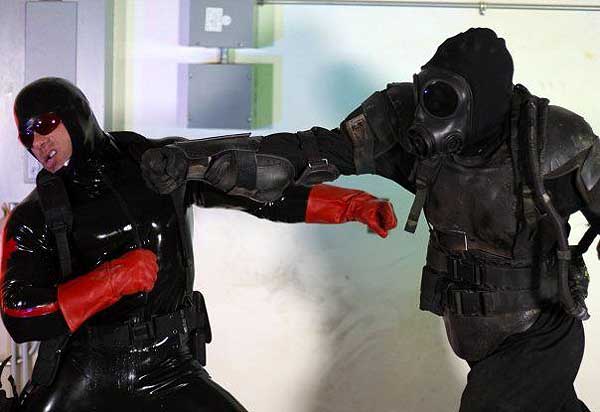 The Canadian goes toe to toe with a Zombot

Also, overall the series swings to an R rating. And after watching PG-13 movie after PG-13 movie it was refreshing to hear people just curse and watch some blood splatter. I know I’m a terrible person on the inside for actually writing that but it’s true. And these characters and stories are as lovingly Canadian as a heaping plate of delicious poutine served with an ice cold Molson.

You can watch the entire first season on their Youtube channel here.

Now like I mentioned nearly every episode of the first season comes with its own comic. Some of them have some serious drawing talent like Ty Templeton (Batman, Spider-Man) and Geoff Isherwood (Doctor Strange, Conan) behind them. The stories take an even more diverse approach than the episodes themselves in terms of storytelling. Some discuss the childhoods of the characters while others are special action-packed missions. Two of my favorites stories were “Bang Bang Theory” and “Zombots Being Schooled.” 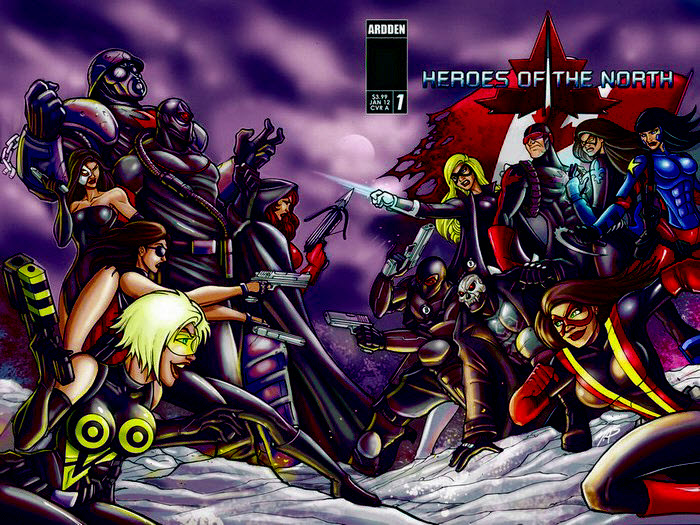 Villains on the left, heroes on the right.

Bang Bang Theory is a team up between 8 Ball and Black Terror, the two bad asses of HOTN. They go up against a counterfeiting ring and rip them to pieces. It’s full of bloody good action so of course I would recommend it. “Zombots Being Schooled” is a send-up of Archie Comics starring The Canadian, Fleur-de-Lys, and Nordik. It was also actually drawn by Archie artist Dan Parent. It’s the most unique one that I read and was a lot of fun. It was full of cheeky sexual innuendo involving a budding love triangle and zombot ass-kicking. I’m not ashamed to say it is my favorite of the bunch. 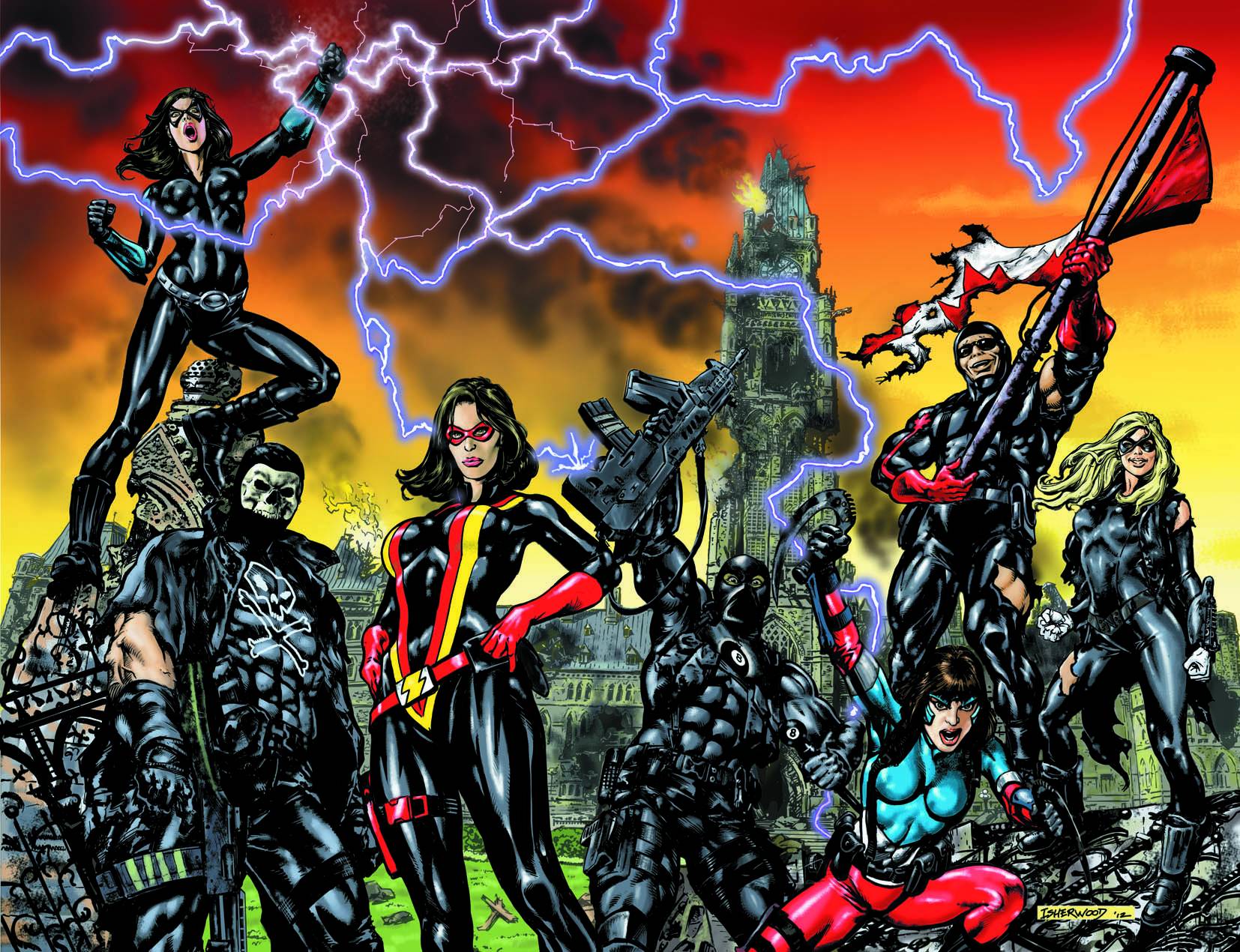 But the best part about the comics? A bunch of them are free to read! Specifically the entire first “season” of comics are free, along with some of the second season. The rest are made available when you become a member.

Which brings us to how you become a member. There are all sorts of ways you can enjoy their content. While the first season of the comics and a portion of the second are free you can still support them through Patreon. You can donate a $1 all the way up to $500 and can you get various benefits for the amounts in between.

To get access to the full seasons of shows you become a member. This gets you ad-free access to all of the shows on the site and all of the comics for the second season. You can also just choose a video on demand option and pay one dollar to have 24hr access to any episode.

I’d recommend checking out season one and reading the comics. “Fun” is the word I keep coming back to and it’s great to see an indie entertainment group swinging so hard on so many levels. HOTN is a unique package as far as I’m concerned, and if you’re Canadian then it’s your duty to support Heroes Of The North. If you’re an American like me it’s something else you can enjoy as part of a nutritious diet of independent comics and movies.

Source: Heroes Of The North | Action A Go Go on Twitter and Instagram |Be sure to leave your thoughts in the comments section!