Netflixing Under the Influence: THE MOD SQUAD Is Probably A Lot Like THE AVENGERS…Maybe.

“Hey, Zak, you got anything planned for the release of Avengers: Age of Ultron next week?”

I heard this from the fine editors at Action A Go Go and thought, “Oh crap!  That’s coming out next week?!”  With wedding planning and other responsibilities (like drinking while watching good movies), I realized I was way behind on virtually all deadlines.  So I did what any good writer would do.  I dusted off some notes for an aborted article from three months ago and forced it into editorial guidelines.

“Ooh, The Mod Squad is a group of mismatched, reluctant heroes who bicker as well!  Bam, Avengers tie-in!”

Man, check out that soundtrack!  “Ends” by Everlast and “Save Yourself” by Stabbing Westward?  I feel like it’s my Freshman year of high school and I’m hanging outside of a 7-11.

This was viewed originally with my fiancée.  But she passed right out within the first five minutes, so, yeah, I watched it alone.  I kept the volume to an audible level, but turned it down a touch so as not to bother her.  Then I activated the subtitles so I wouldn’t miss anything.  Turns out these subtitles were completely profanity-free.  Weird, right?  Anyway, even though the lady was asleep, I continued to slam Bud Lights through the uneventful night.

Also, this movie wasn’t even on my queue.  I was mildly interested when it first came out and then forgot about it for 16 years until one fateful night in January.  My notes aren’t great and the Wikipedia article for the movie is woefully unhelpful.  But let’s stumble through this anyway.  Maybe editors Troy and Derek won’t read it.

First off, The Mod Squad has a pretty fun cast.  Claire Danes, Giovanni Ribisi, and Omar Epps play Julie, Pete, and Linc respectively.  Josh Brolin shows up as Billy, an old flame of Julie’s and the villain (more or less).  However, the real standouts are talented and sought after character actors in Dennis Farina, Michael Lerner, and Richard Jenkins.  Some familiar faces also show up in smaller roles played by Eddie Griffin, Larry Brandenburg, Holmes Osborne, and Toby “The Strongest Man in the World” Huss. 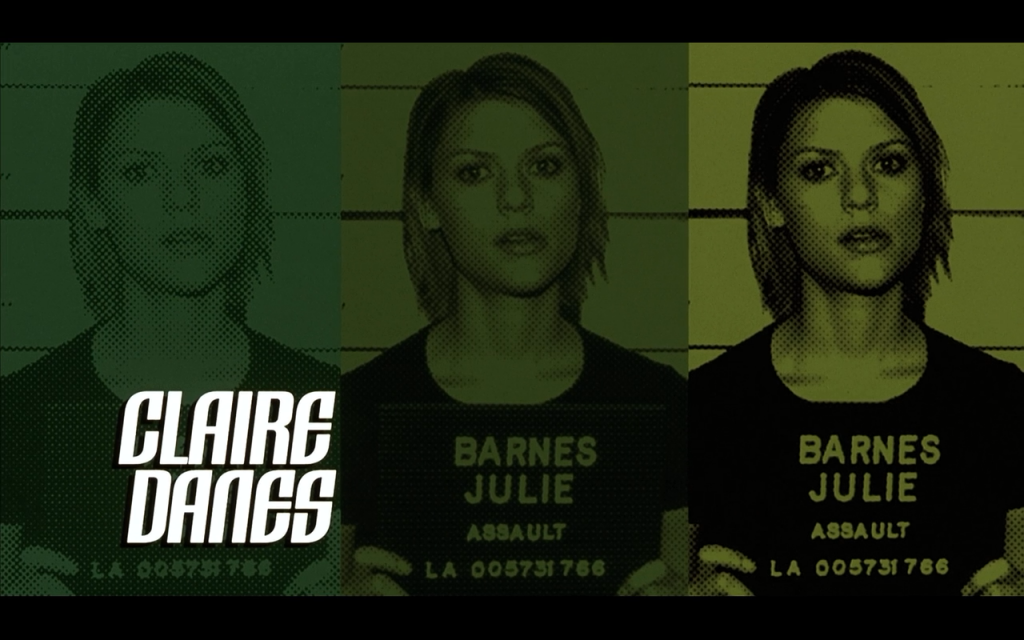 The basic concept of The Mod Squad is that three young social outcasts are recruited to work undercover for “the man” in lieu of prison time.  The “mod” part of the equation being that they seem cool enough to ingratiate themselves with the hipper parts of the criminal underbelly.  I’m not entirely familiar with the original show outside of later pop culture references to Linc’s afro.  Since Omar Epps doesn’t have anything approaching Clarence William III’s majestic hairstyle in this, I’m already calling shenanigans.

As the story begins our anti-heroes are already tracking down some drug deals at a nightclub.  When the cops eventually raid the place, the whole thing devolves into a brawl over the opening credits.  The scene really sets the tone with weird one-liners (Julie jumps on an officer’s back and shouts “Dig this police brutality, baby!”), an inconsistent tone, and shoddy editing.  The trio makes it out okay and is reamed out by a few officers while their handler, Greer (Farina) defends them and the whole “mod squad” program. 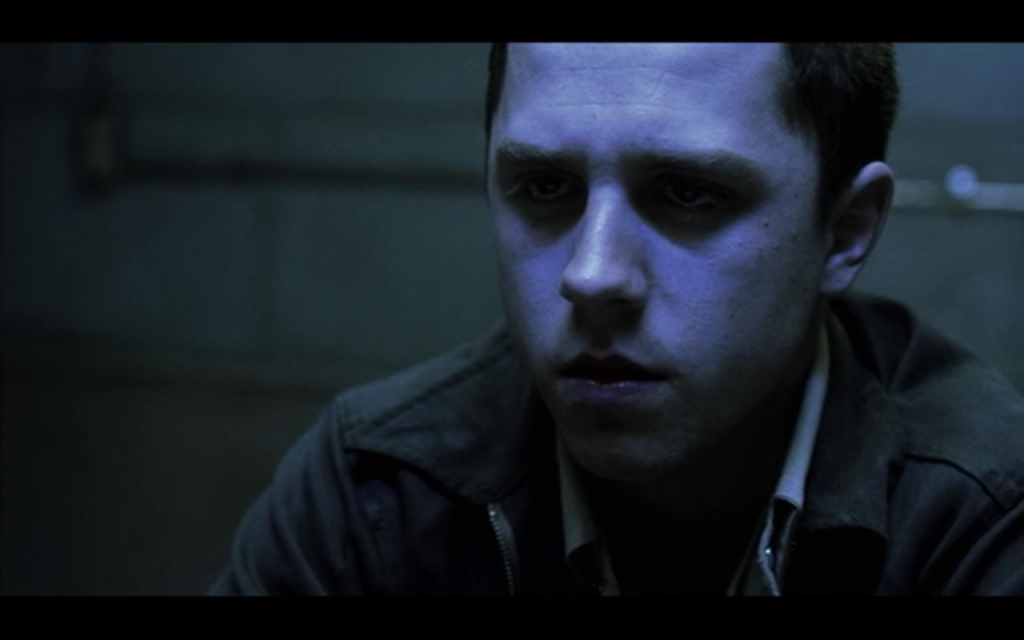 The Mod Squad is put on a new case and they go undercover at another nightclub.  Julie gets a job there as a cocktail waitress while Pete and Linc do some other stuff.  Nothing really matters because every character’s motivation is telegraphed from the beginning.  Greer means well but is undergoing some shady dealings, Mothershed (Jenkins) is his commanding officer and a total jerk who is clearly the ringleader for a bunch of corrupt cops, and when Julie runs into Billy (Brolin), it’s obvious he doesn’t mean well.  Eventually when Greer is found dead, they hunt around and seek some help from Mothershed who obviously double-crosses them.  Is Mothershed seriously a real last name?  What the Hell?

Linc is the only character who actually gives the story any forward momentum at this point.  Julie’s character is a ball of nerves who’s either falling for obvious villain Billy or crying about Billy being mean, while Pete is just a silly goofball.  The fact that Linc is the only competent character is a bit ironic since the reason he is in this situation is because he’s an arsonist who “just wants to watch the world burn”.  He also lends Pete his car on three separate occasions and each time it gets destroyed somehow.  That’s not a running gag.  That’s Linc just being stupid.  Why isn’t he setting stuff on fire left and right?

Instead, he’s the only one that says “Maybe we should investigate this” or “Here is a plan we can follow”.  So Linc goes undercover to find out who killed Greer and ends up slow-dancing with a gangster played by Michael Lerner. 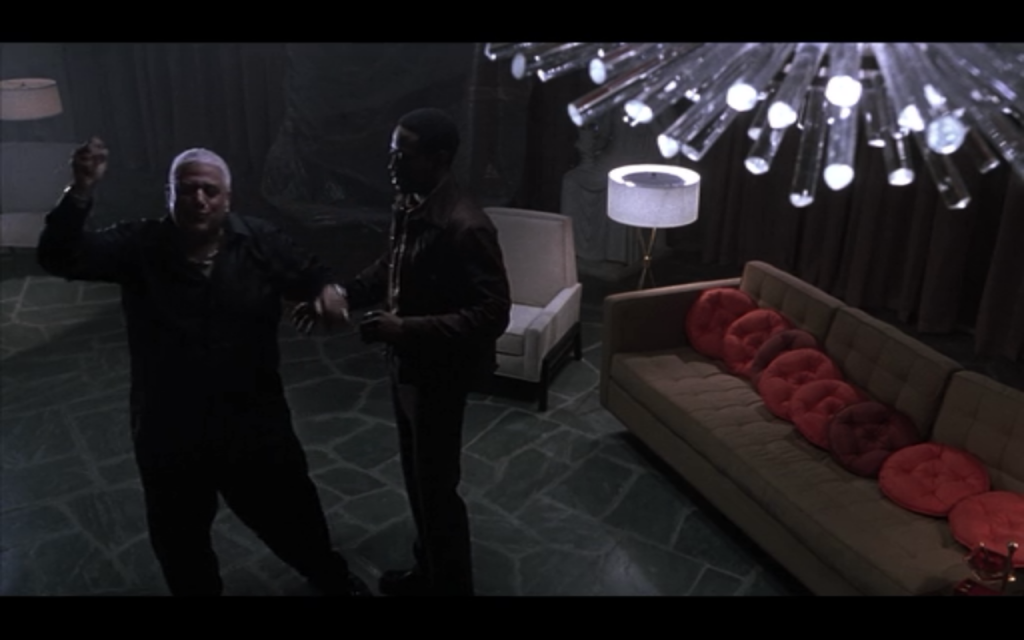 Despite Linc’s best efforts, The Mod Squad really never gets going narratively.  Part of this was pure apathy on my part.  None of the three leads are compelling, interesting characters.  Generally, origin stories are the ones that take to long to get to the core conflict of a story, but since the characterization here is nil anyway and the story is aggressively simple, this could have used that sort of lengthy set-up.  All three of the ne’er-do-wells start the movie reluctantly working for the police and then they slightly less reluctantly avenge Greer’s death.  Kind of like your favorite superheroes are set to do in next week’s The Avengers: Age of Ultron, right?  Right?!

The kids use their ingenuity to take down the drug gang and the crooked cops who were planning on robbing them all in one fell-swoop in an airplane hangar.  “At least it’s not going down in an abandoned warehouse,” Julie remarks.  Is that a reference to the show?  It seemed like it, but the trivia doesn’t even list any relationship to the tv show outside of the names and the basic concept.  Regardless, Linc saves the day during a bloodless, PG-13 shootout with some help from Pete and Julie while a funky bass plays over the scene.  It’s dumb.  Everything’s dumb and boring and unexciting in The Mod Squad. 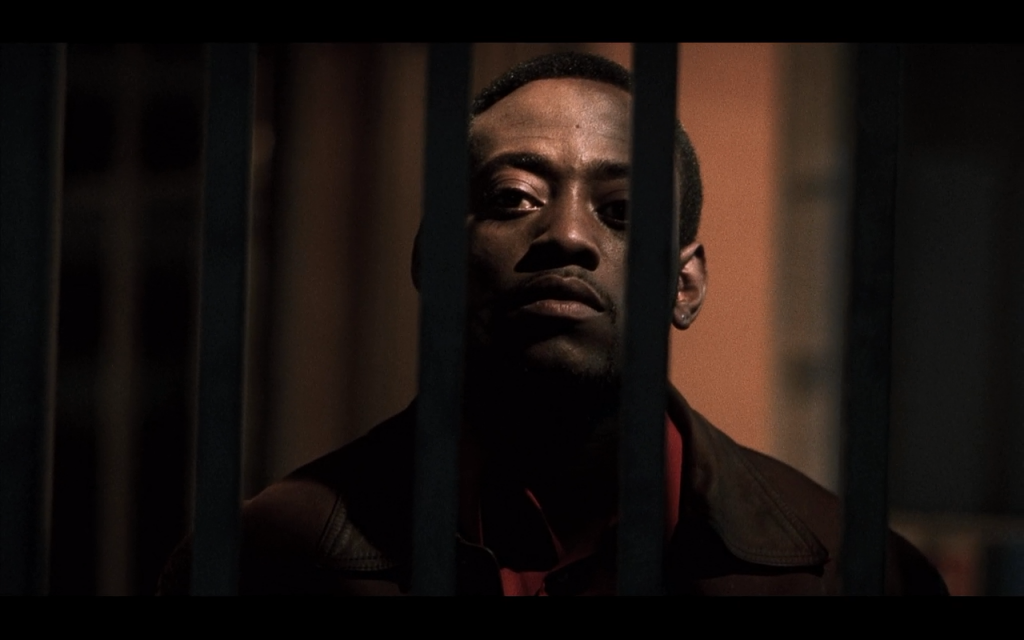 As mentioned, this is a legit cast… so the love triangle between Pete, Julie, and Billy works.  After Julie finds out Billy is working for Lerner’s intensely nonthreatening gangster, she strings him along and even sleeps with him to get some more information out.  Pete has been holding a candle for her for some time now, so his heartache, Danes’ sacrifice, and Brolin’s overall douchiness are all part of a more engaging whole.  Because of the talent on the screen, all of this is portrayed with realistically earned sentimentality.

One scene starts with Pete and Linc waiting for Julie to meet them somewhere.  As they kill time, Pete says “Hey, I can breakdance!” and does some embarrassing-looking gyration on top of a car.  It was five seconds and stupid.  Later in the scene, there is a cut in the middle of a harrowing chase involving Linc and Pete to linger over Julie acting sad again.  When they cut back from that pointless insert to the adventure, the chase is over.  Where’s the rest of the scene?

More substantially, The Mod Squad is frankly too stylish.  As noted in the scene above, Silver utilizes some New Wave-style jump cuts as well as distorted close-ups and all-over-the-place color correction to try and make the movie feel relevant.  It’s truly the definition of a cheesy attempt at a gritty reboot.  Director Scott Silver chooses to overuse several ultra-retro handheld zooms, which might have worked if used in a slightly more campy take on the material.  But then the screenplay focuses on somber meditations on addiction, family, and trust.  The cool soundtrack tries to salvage it by linking the dissonant modern/retro tones (involving funk and soul from Rose Royce, Chocolate Milk, and Curtis Mayfield alongside contemporary music from Busta Rhymes, Pigeonhed, and The Breeders), but isn’t quite up to the task of “mod-ing” it up. 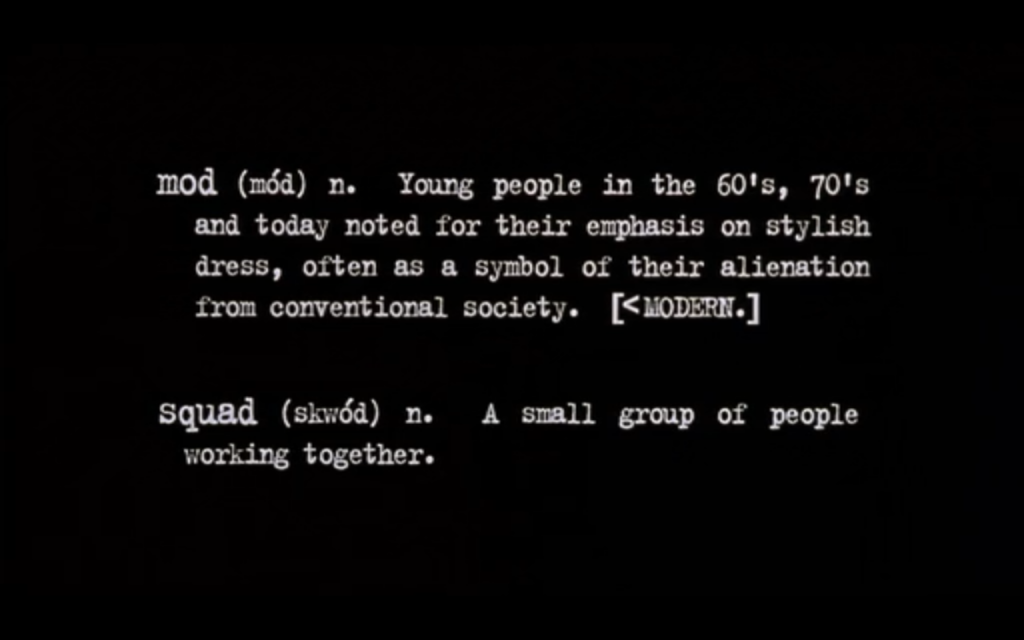 You can feel free to skip this one.  In a world of unnecessary remakes and reboots this stands out as exceptionally egregious.  Maybe if the film did launch a franchise the filmmakers could have done something interesting with the “cool young criminals going undercover and dealing with big issues” concept of the show.  But this initial (and only) outing neither explores the premise in a provocative way nor does it properly introduce a world that lends itself to interesting stories.

All images courtesy of Metro-Goldwyn-Mayer