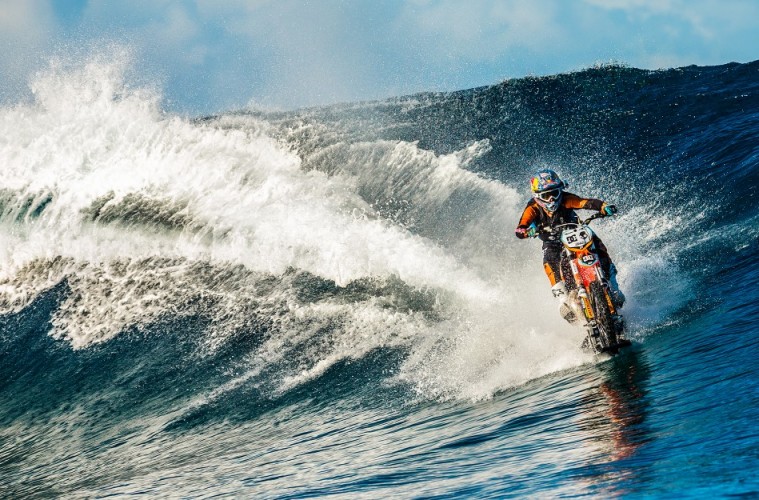 When I posted the surfer setting himself on fire the other day I really thought “it doesn’t get weirder than this.” Well, thanks again internet, you have exceeded my jaded expectations once more.

Robbie Maddison, like JOB, is one of those guys who likes doing crazier and crazier things in front of a camera for attention. He get’s a buzz from pushing limits, and in this case he does it on a dirtbike. Apparently at some point he got the idea to fuse a dirtbike with a surf board and stand up jet ski. And boy does he succeed.

He did this in partnership with DC shoes and you can watch the full video below.

Check out Grind TV’s interview with Maddison. Apparently filming this was just as dangerous as it looks.