REVIEW: ENEMIES BATTLE ACROSS ERAS IN ‘WELCOME BACK’ 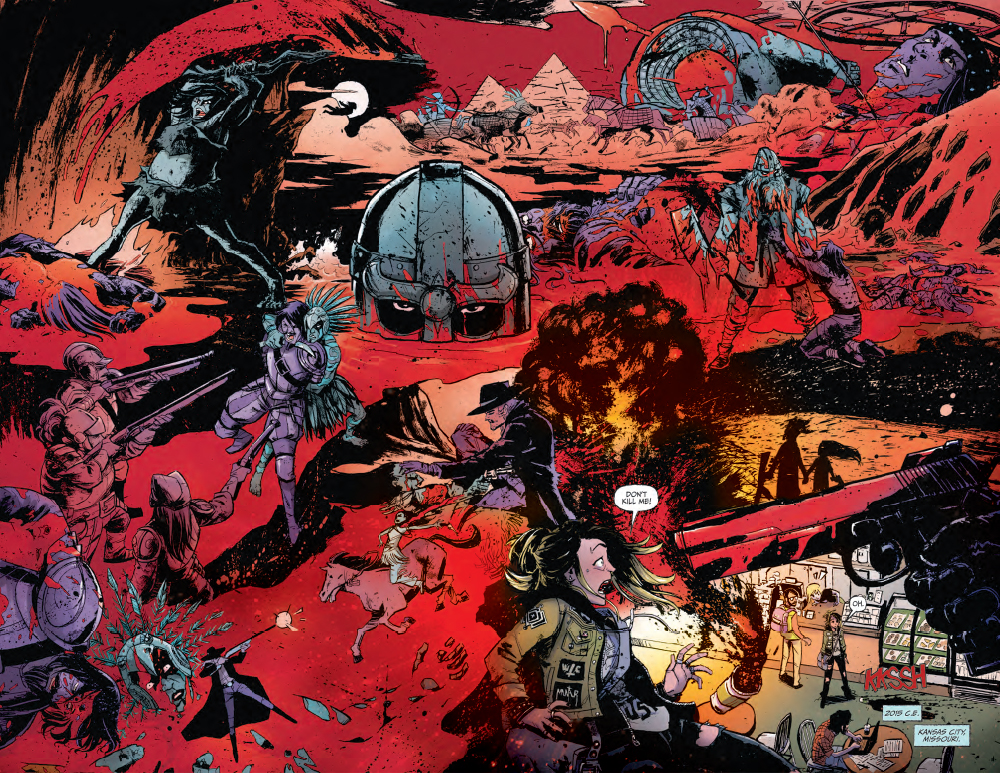 Welcome Back is a 4 part comic book series that tells the story of two girls, Mali and Tessa who seek to find each other after every reincarnation. These aren’t just two ordinary girls, they are soldiers known as Sequels who are eternally intertwined in the grand scheme of reincarnation.
For most, being reborn is being new to the world. You have no recollection of any previous life. As a Sequel, you remember all of your past lives. Each and every one of those lives revolves around war and every soldier’s duty is to find their fellow soldiers, as they are each other’s targets. 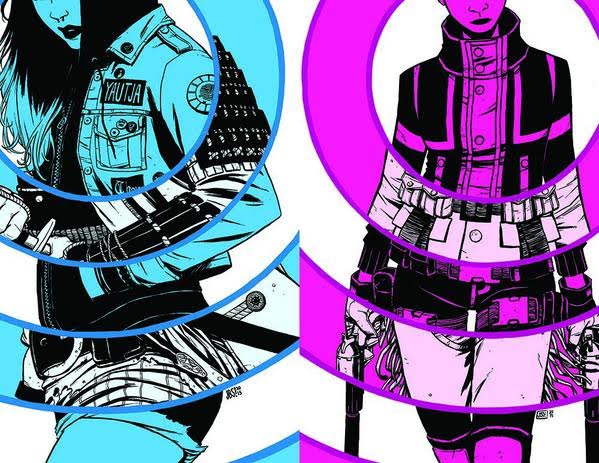 In issue #1, it is 2015 C.E. Mali is a troubled college student trying to sort out her life in Kansas City Missouri while Tessa is in Portugal where her war has already begun.
In the first few pages, we get a glimpse of the battles fought over time between these two. Each time, they have been born into a different era separate from each other, sometimes as men, sometimes as women, even children. A Sequel’s recollection of their past lives doesn’t always come right away or at the same time as their target, but when it does, the hunt is on. 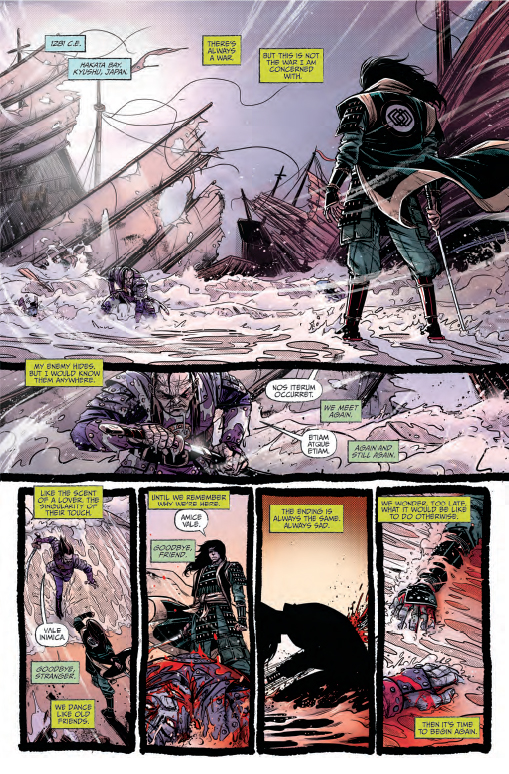 As Mali struggles with the heinous past of her current life, the recollections of other lives plague her thoughts and dreams, causing more trouble for her in this life. Tessa gets closer and closer as Mali comes into the knowledge of who she is. Only now, instead of accepting her inevitable fate, Mali questions everything for the first time. 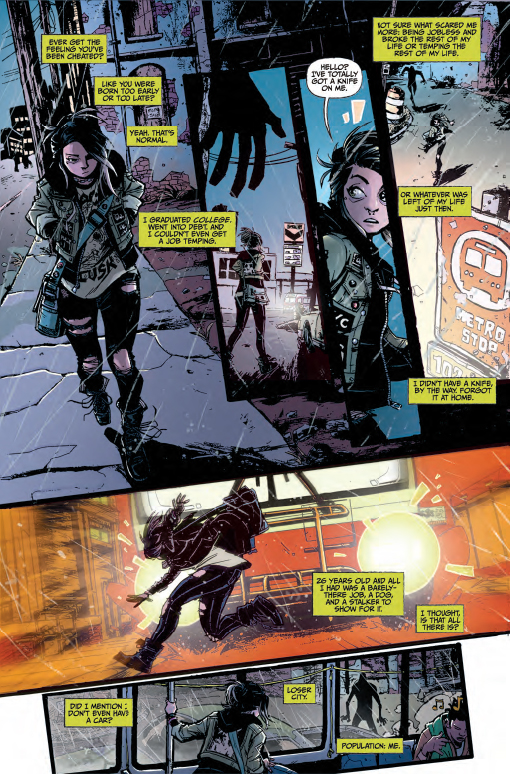 With Sawyer’s art style and Carlos Zudio’s colors, it seems a match made in heaven for telling Sebela’s tale. The artwork fits all the eras portrayed very nicely and the composition is wild, in a good way. Hues of red appropriate for portraying wars bygone and a dark color palette that reflects Mali’s own darkness. All elements in addition to the story to keep me interested.
There were times I wasn’t sure who was doing the talking or who was on the other end of the conversation, but as the story went on, I realized there’s more involved in this scheme, which is sure to be revealed in later issues. I wouldn’t say this issue of Welcome Back is terribly exciting, but it has enough suspense to get me to pick up the rest of the series. I’m definitely looking forward to seeing if this life ends the same as all the others, or if the cycle becomes broken.
Welcome Back is available now. 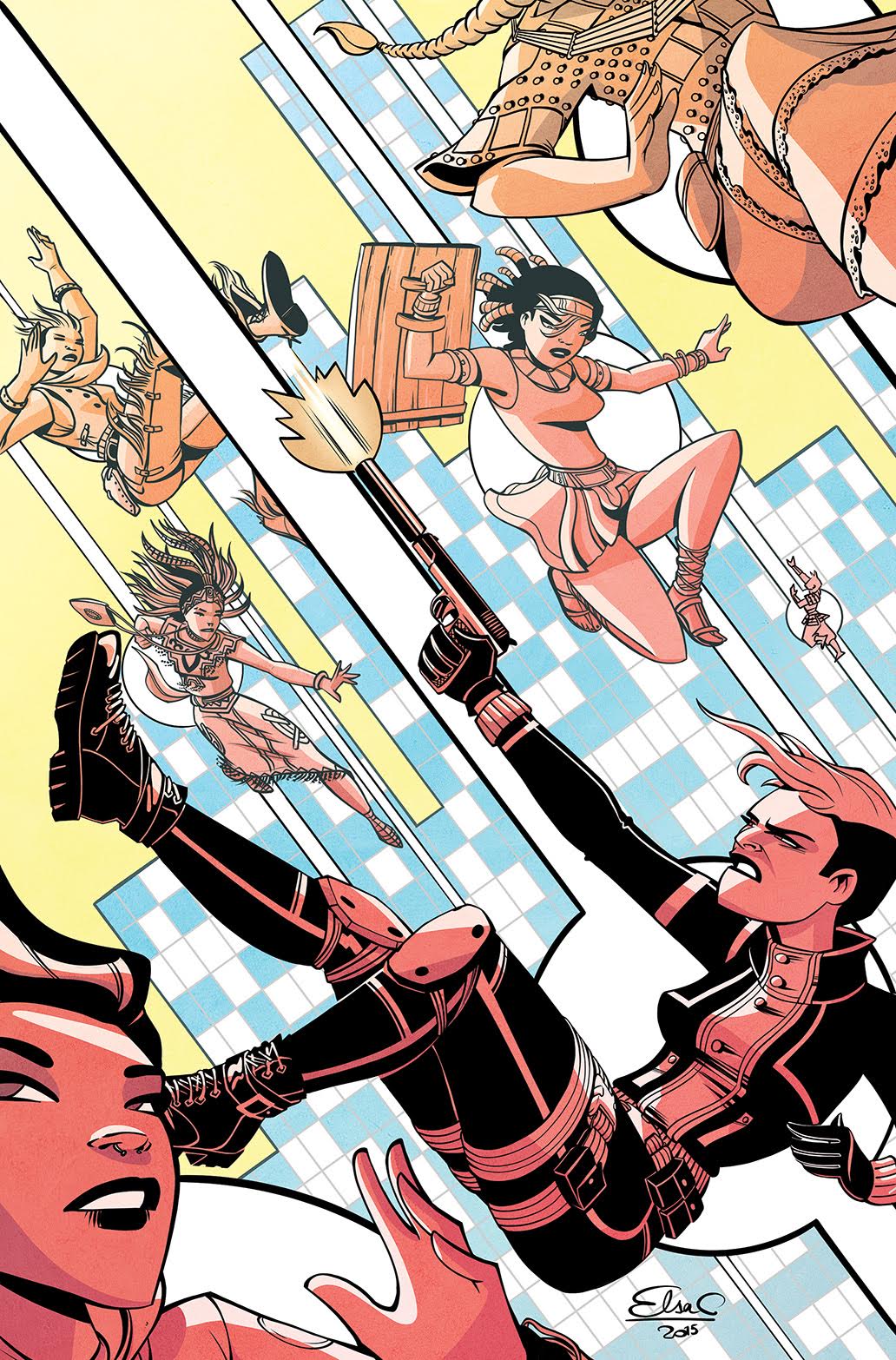 Action A Go Go on Twitter and Instagram | Be sure to leave your thoughts in the comments section!
Often times referred to as Optimus Prime, Tabatha LeStrange is a machine. A ghost machine. Catch her if you can on Twitter @BD_Danger
The views and commentaries expressed on these pages are solely those of their authors and are not necessarily either shared or endorsed by ActionAGoGo.com. all copyrights held by their respective owner(s)