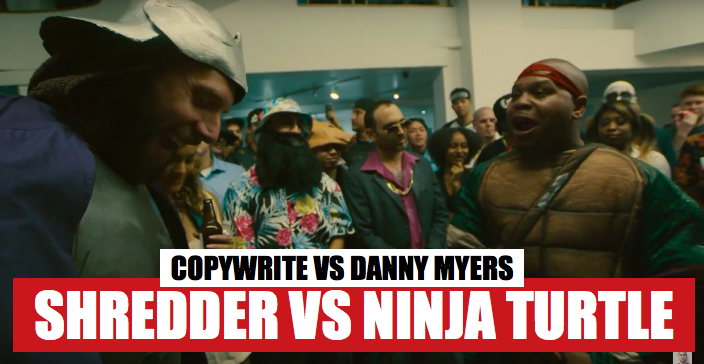 I’ve witnessed my share of battle raps between dope emcees. Hell, in college, I even participated in some impromptu battles with fellow students (albeit drunkenly). But a rap battle between two emcees in Halloween costumes? This was too good to ignore. 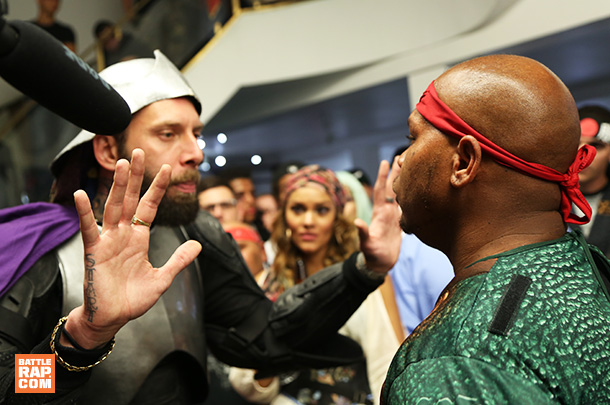 “My hatred’s so real, each blade I throw kills/Each month of the year, I make April O kneel.“

It looks like a battle taking place at a Comic-Con from all the costumes seen in the audience, or merely Halloween. Or both. But in any case, the theme of the battle is Teenage Mutant Ninja Turtles. You have Danny Myers from L.A. as Raphael and Columbus, Ohio’s very own Copywrite as the Shredder. The battle is confined to Ninja Turtles and both emcees came with several (NSFW) lines that utilize T.M.N.T. wordplay/metaphors. I’m a little biased since Copy is one my favorite emcees and his punchlines are ahead of their time. I admit, Danny Myers came through with plenty of funny hard-hitting bars (“You trash, but you claim your $h!t hard as f*@k/But in the first Turtles movie, you died in the garbage truck!“).