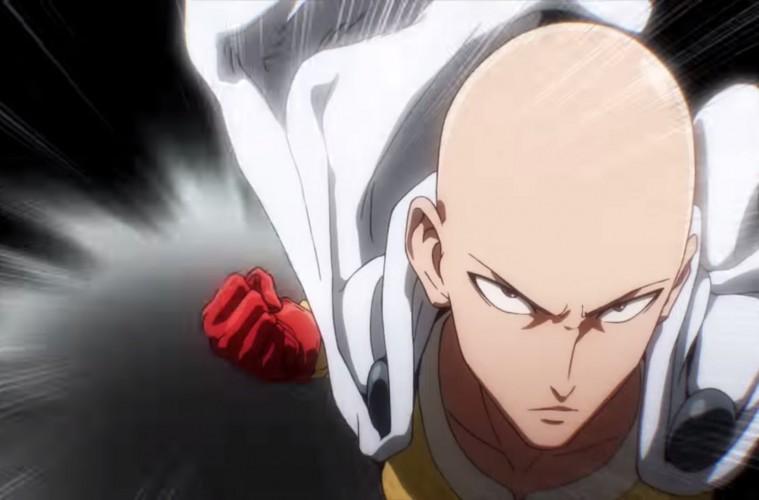 SO WHAT THE HELL IS ‘ONE PUNCH MAN’ ANYWAY?

One Punch Man, a webcomic by mangaka (comic creator) ONE, has struck with great ferocity and immense panache this season. 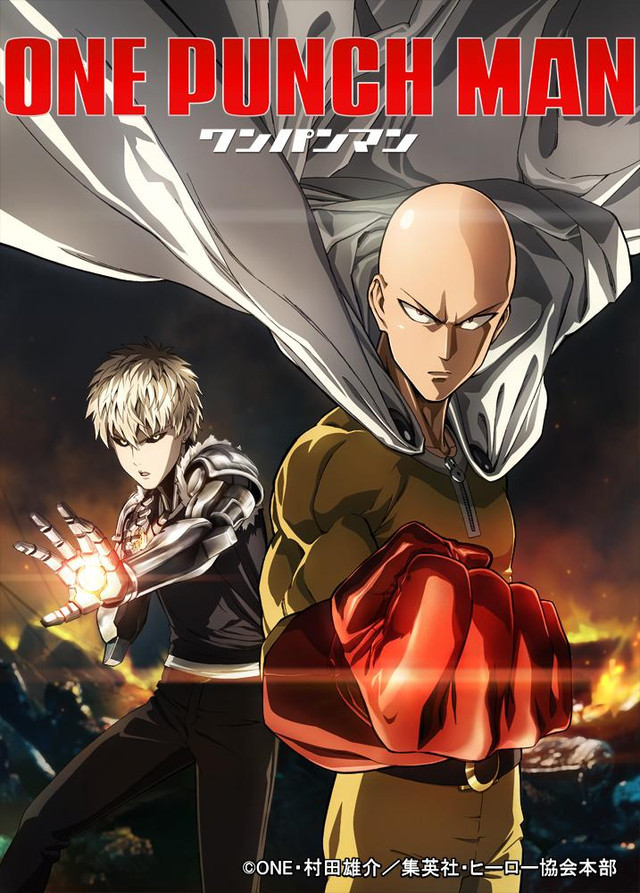 The top five shows most fans were looking forward to this season included Concrete Revolutio, Garo: Guren no Tsuki, Heavy Object, as well as Mobile Suit Gundam: Iron-Blooded Orphans. However, it is the the bald, caped crime-fighter of One Punch Man who annihilated all of his competitors this fall with not only high-end action, but an uncanny blend of comedy, self-awareness, and charm. 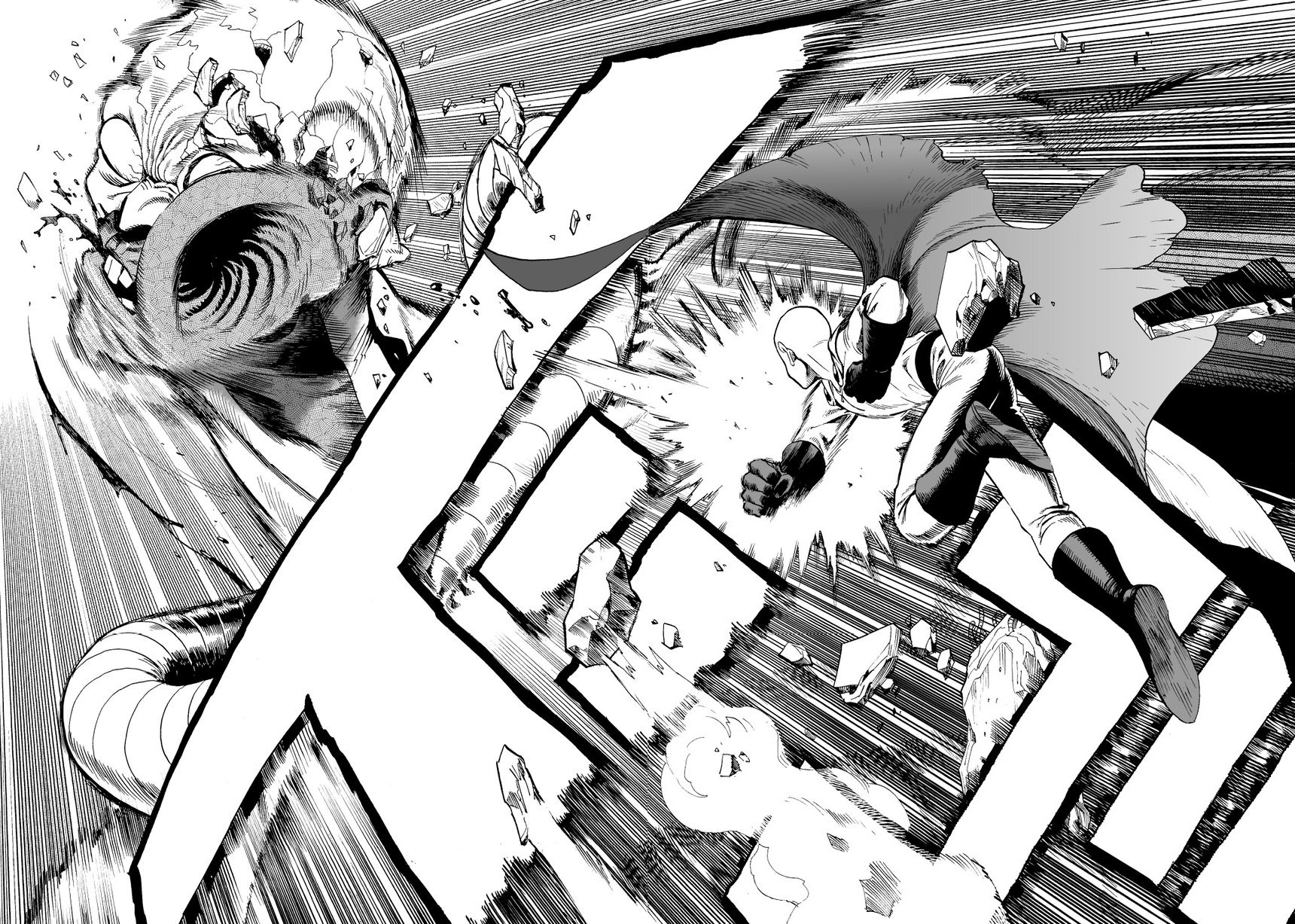 Our tale surrounds an Average Joe by the name of Saitama who trained his body to the point that he lost his hair. In exchange, he gained immense strength that allows him to defeat his foes with a single punch. However, he has become flustered with the lifestyle of a superhero and yearns for an actual challenge.
One Punch Man’s flagship comic started on the web in a self-published fashion in 2009. It generated a great deal of buzz with 8 Million hits on the net in 2012. This fanfare caught the attention of Yusuke Murata (artist of Eyeshield 21), who convinced ONE to allow him to redraw the manga in a collaborative effort for Shueisha’s Young Jump webcomic site in 2012. A year later, Viz Media would take interest and license the manga and later the anime. 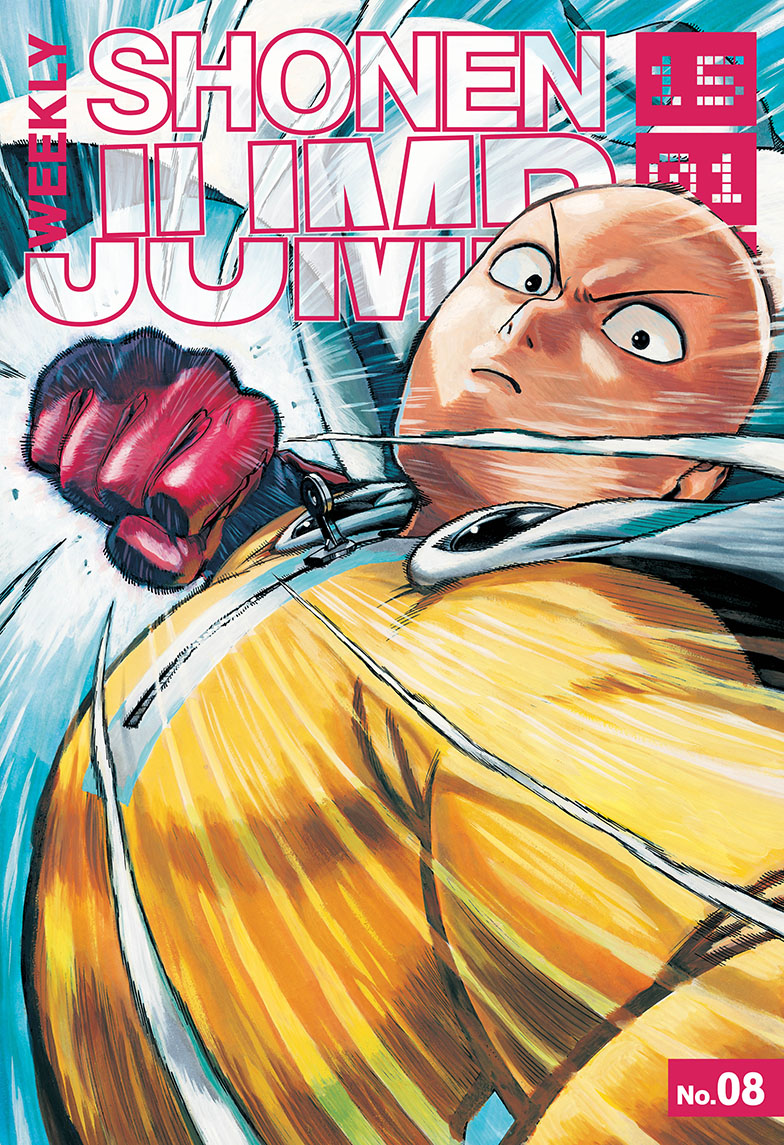 The manga currently runs in Shonen Jump for North America and can be found on Comixology and Viz Media’s manga app while the anime is available on Hulu and Viz Media.com.

One Punch Man has already garnered a great deal of fan interest from both Japan and America. To the point that it’s almost certain it will be on Toonami one day soon. Animated by Madhouse (Ninja Scroll, Vampire Hunter D: Bloodlust, Trigun, Gungrave, No Game, No Life, etc.) and directed by Shingo Natsume (Space Dandy, Hori-san to Miyamura-kun), One Punch Man is taking all comers this season with no signs of slowing down.

But don’t take our word for it. Take a look for yourself and let us know what you think of it in the comments section…