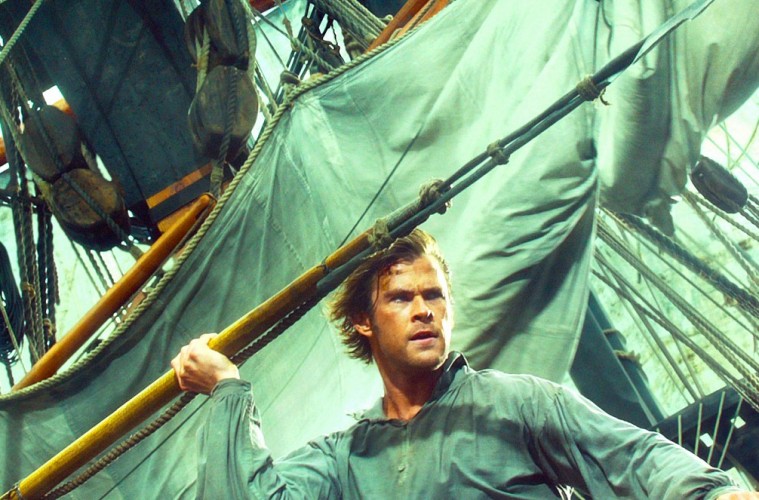 WHALERS WERE BAD ASSES: 10 REASONS TO SEE ‘IN THE HEART OF THE SEA’

Everyone and their mother is going to see Star Wars: The Force Awakens. And that is fine. We’ve heard about it for a while, it’s a franchise that everyone loves, and its got a solid director with the core cast coming back. What could go wrong? 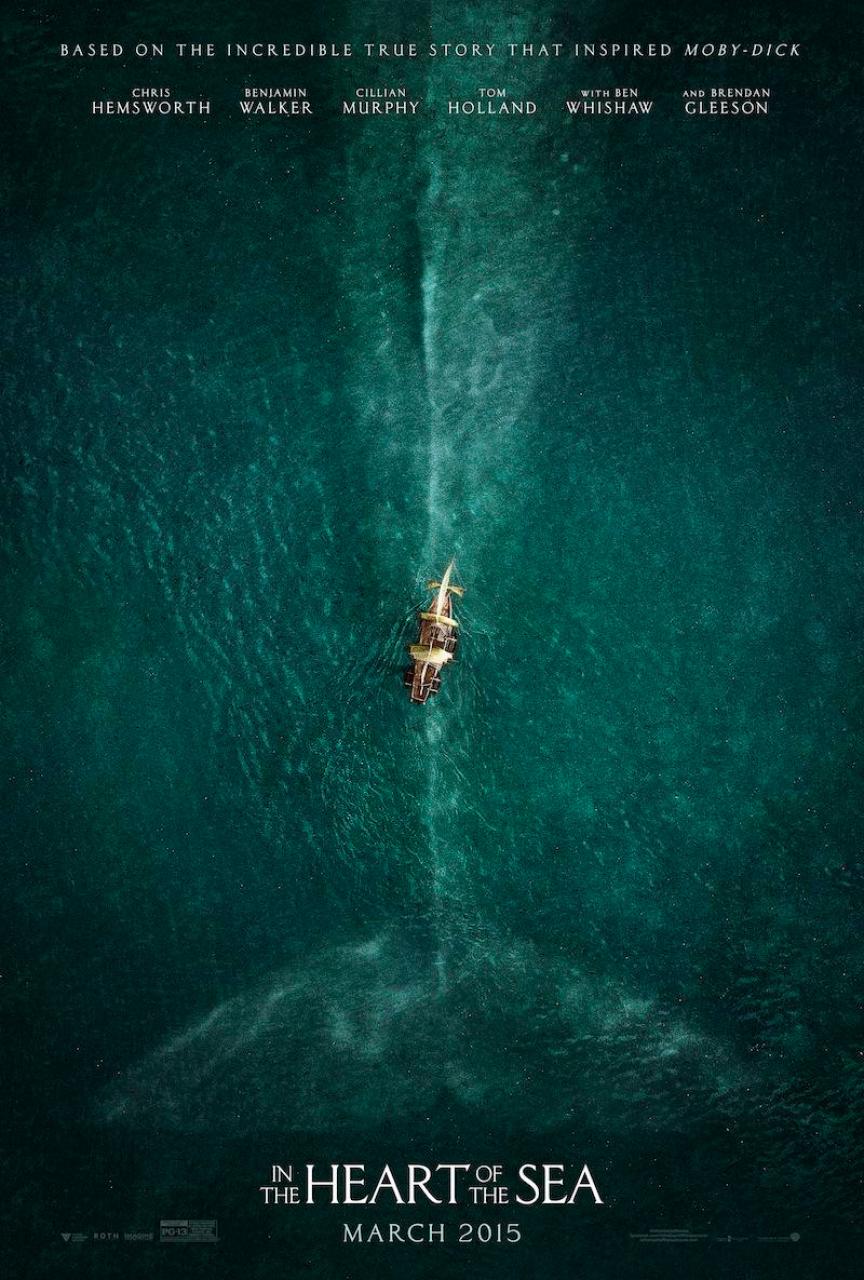 But believe it or not (*shock*) there are other movies in the cinema right now that are worth your time. No, I am not talking about the (probably very funny) Sisters starring Amy Poehler and Tina Fey. I’m talking about In The Heart Of The Sea, the movie directed by Ron Howard (Apollo 13, Rush)and starring Chris Hemsworth. Now this isn’t a brand new movie, but I finally caught it before seeing a late show of Star Wars: The Force Awakens and…man, was I floored!

I’m happy to say that Ron Howard did it again, making a movie about a subject out of left field and knocking it out of the park. The movie opens up with a young Herman Melville (this story helping inspire the great novel Moby Dick) interviewing one of the last remaining survivors of the tragedy, and this kicks off the tale of whaling and survival. The story then focuses on a vessel called “Essex.” Essex is manned by a crew that is desperate to find whales, hunt them for oil, and then bring back the oil to feed a young nation hungry for the energy and other benefits it can provide. Of course everything goes wrong when one of those whales fights back.  And it just gets better from there.

What? You need more convincing? Ok, let’s dive into the Top 10 Reasons To See Into The Heart Of The Sea! 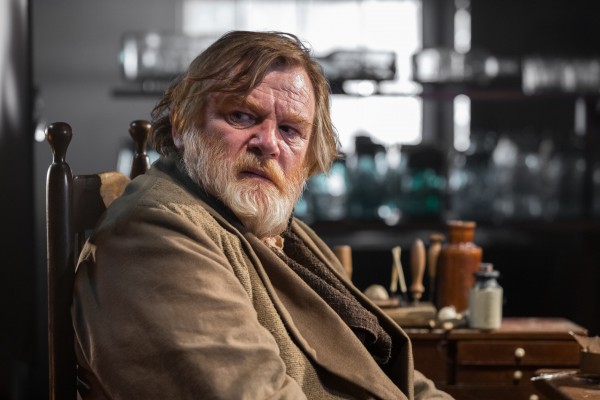 Gleeson plays the older version of Tom Nickerson, the survivor telling this tail. And he is a treasure. In some ways the movie hinges on his performance, as he is literally the conduit for the entire story. Of course he delivers in spades, giving a tough yet subtle performance of a character that is tortured by what he went through. As the movie wanders between him being the narrator and actually showing what these men went through he handles both roles perfectly. Gleeson sets the tone for this movie, and he does so strongly.

9. Hell, the whole crew of this vessel is a solid roster of actors. 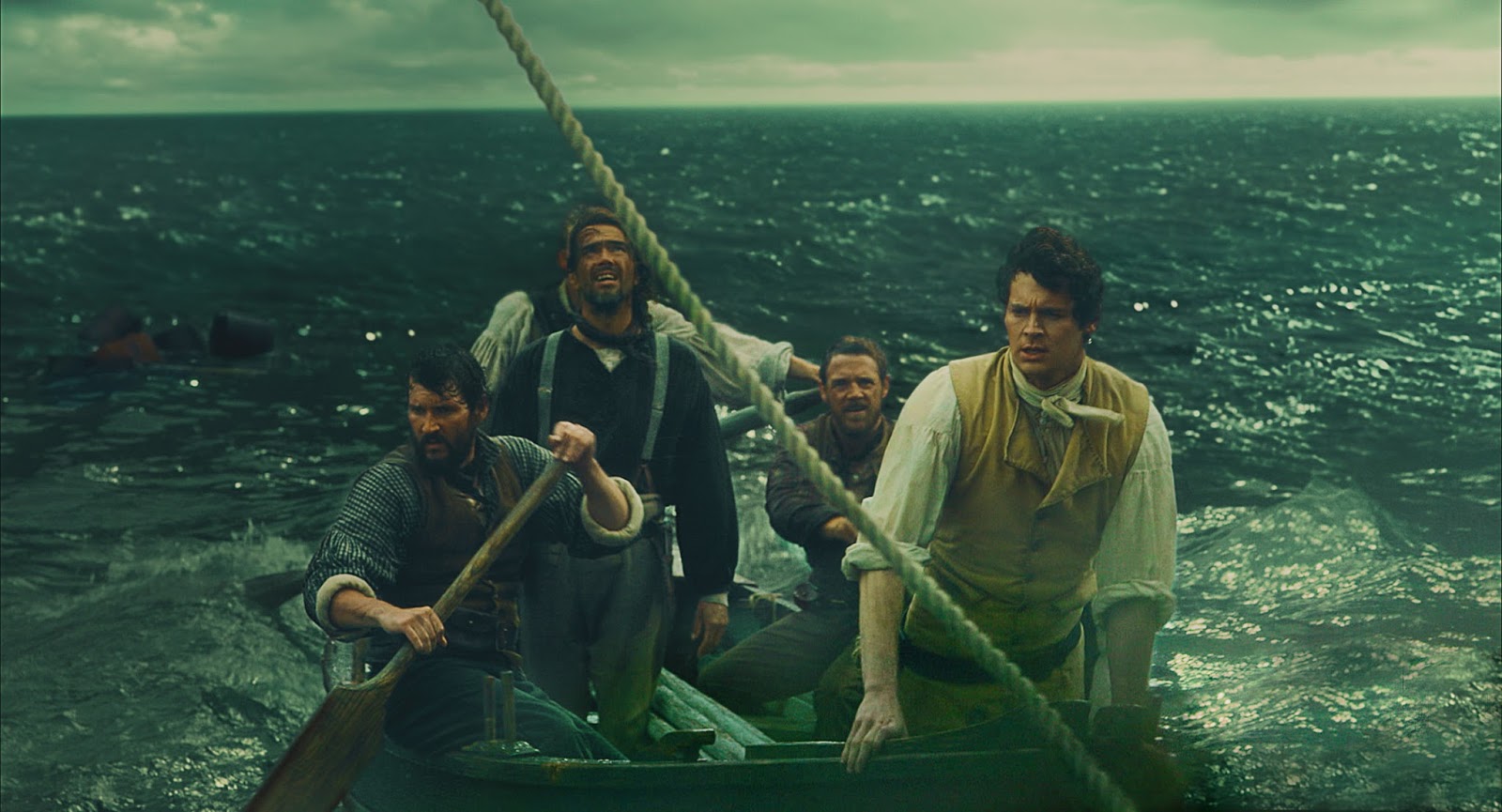 When you have a movie like this, one that focuses on a bunch of people working together, it’s so important to have a strong group of thespians throughout. And again, this movie hits home. It features Cillian Murphy (Batman Begins), Joseph Mawle (The Hallow), Benjamin Walker (Abraham Lincoln: Vampire Hunter) and that is just scratching the surface of this great ensemble crew. Definitely worth noting in such a great film. 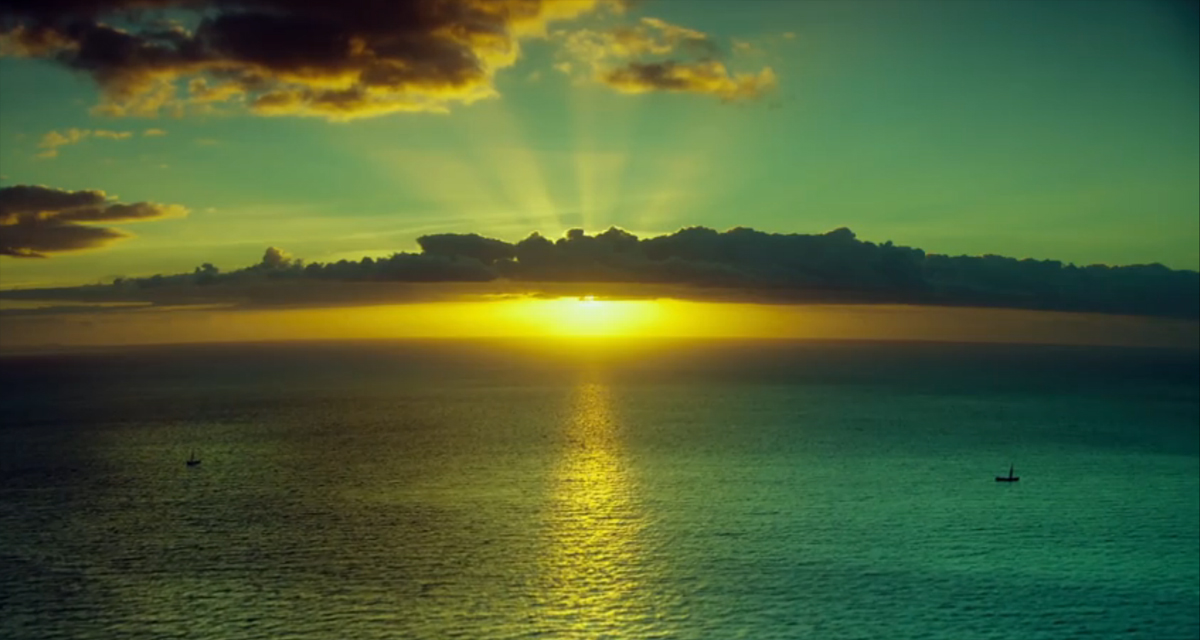 Invariably, movies about the sea and its bounty/challenges hinges on just what the ocean can do. While it may come off as cliché in most films I found myself pretty terrified of what the ocean is capable of, never mind the sea monsters of this movie. Fortune can come and go at any time in this movie and that will keep you on the edge of your seat.

7. It’s not Star Wars. Or a super hero film, for that matter.

Guys… real talk here. I love superhero films. I even love Star Wars. But I am so damn tired about hearing about both it’s unbelievable. Being in the blogosphere, yes…I know it’s my job to deep dive into this stuff all the time but it was a relief to see a solid drama that had some teeth to it that didn’t rely on sci-fi, powers, or unbelievably massive explosions to get its kicks. It’s just a great example of how good filmmaking can make up for a movie not being a massive explosion fest. 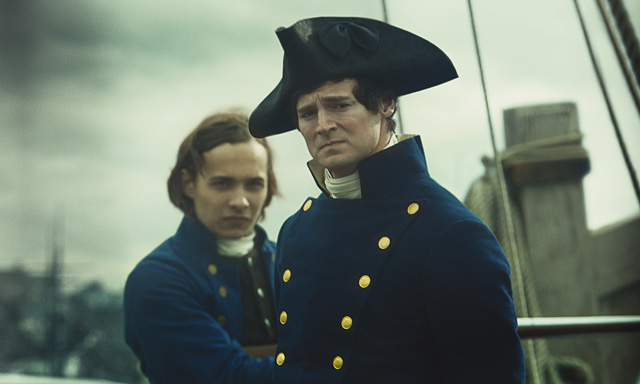 It reminds you just how important things like family pedigree, race, and social position were back in the day. All of this plays out in the conflicts these men experience. From the running of the ship to why these characters are on this ship in the first place, class dictates where they are and what they do. While these things still play a role in our society today it’s always valuable to remember how things have and have not,changed.

5. You know what? The whole thing is a great damn history lesson. 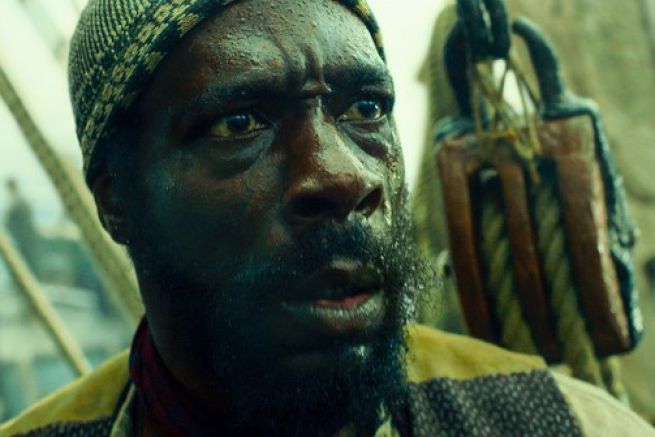 The movie deep dives into the era it is a part of, and is the best sailing movie since Master and Commander: The Far Side Of The World. The history of Nantucket, sailing, and country all play a part in what drives these characters. Yes, these men are driven by the thrill of the hunt, but they are also driven by a complex interplay of commerce, technology, and natural resources. 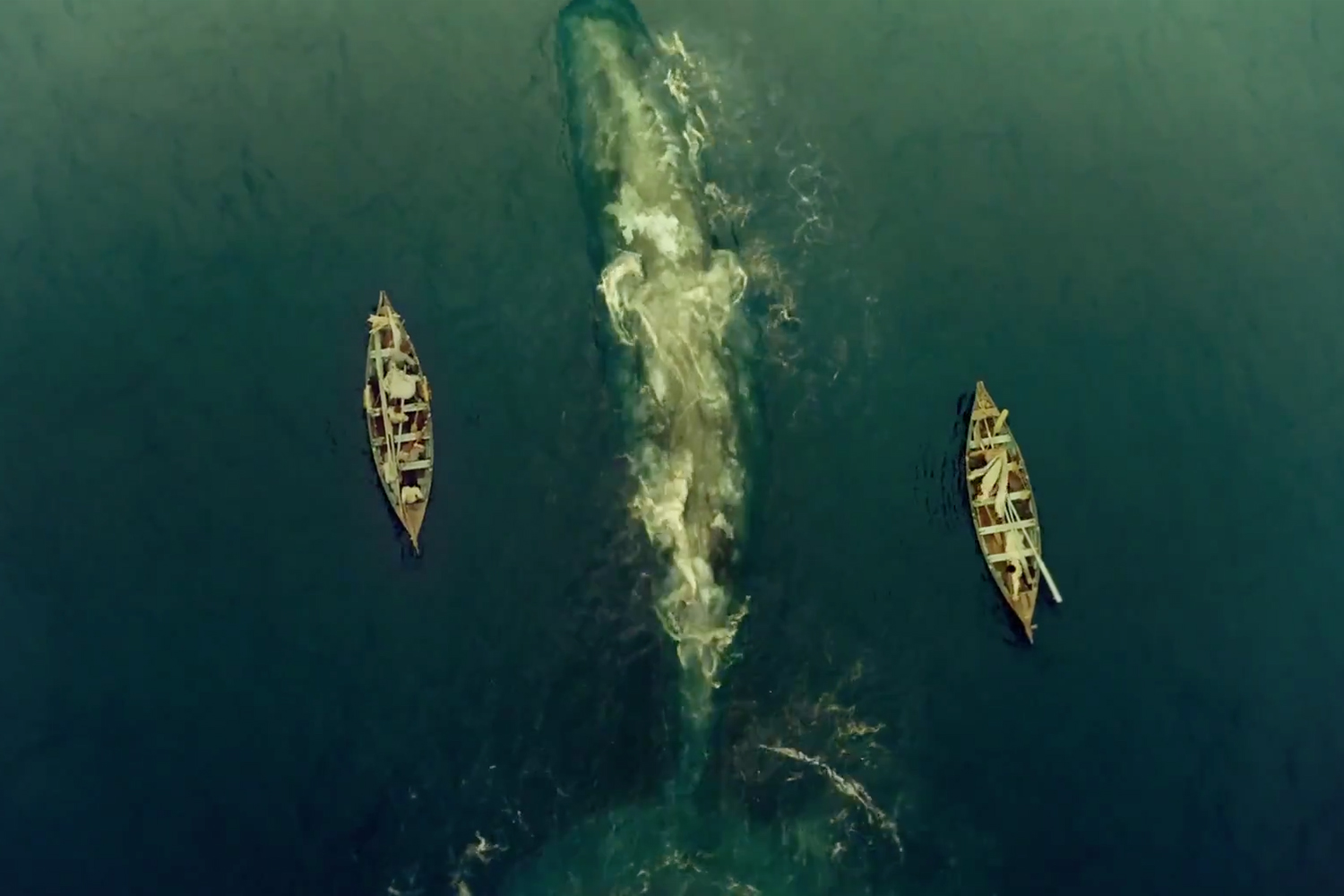 Yes, this movie plays whales up as part of the drama, but they are still amazing creatures. Terms like “leviathan” and “monster” don’t get tossed around a lot anymore now that we know much more about them but it is easy to see how they could inspire such stories. Their size, grace, and intelligence show up in this film and make you realize just how small we are compared to the vastness of the oceans and what it holds. Also, things can go real south real fast if you piss one off.

3. Chris Hemsworth is an amazing actor. 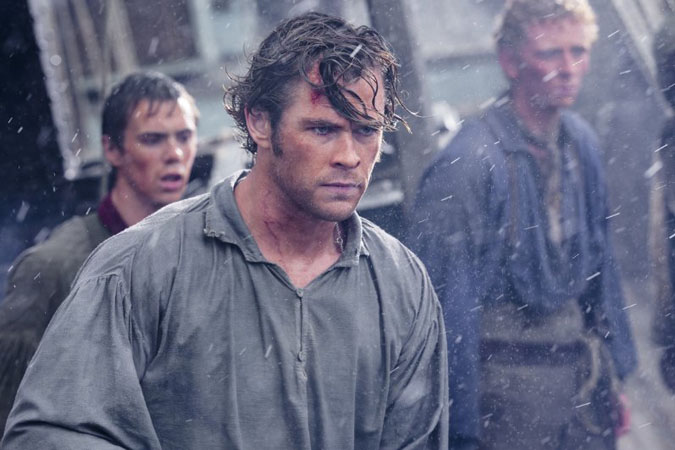 Between this movie and his performance as James Hunt in Rush (also directed by Ron Howard), Chris Hemsworth is proving that he is much more than a pretty face. His performance shows depth, nuance, and poise throughout and fits perfectly into his role as first mate. When he has conflicts with the Captain (Walker) they bounce off of each other perfectly and keep the drama ratcheted up. Never mind the physical changes he went through to add give authenticity to the role.

In short, he’s great in this role and hopefully there are more collaborations between Hemsworth and Howard to come.

2. It’s a Ron Howard movie. See this in theatres and savor the flavor. 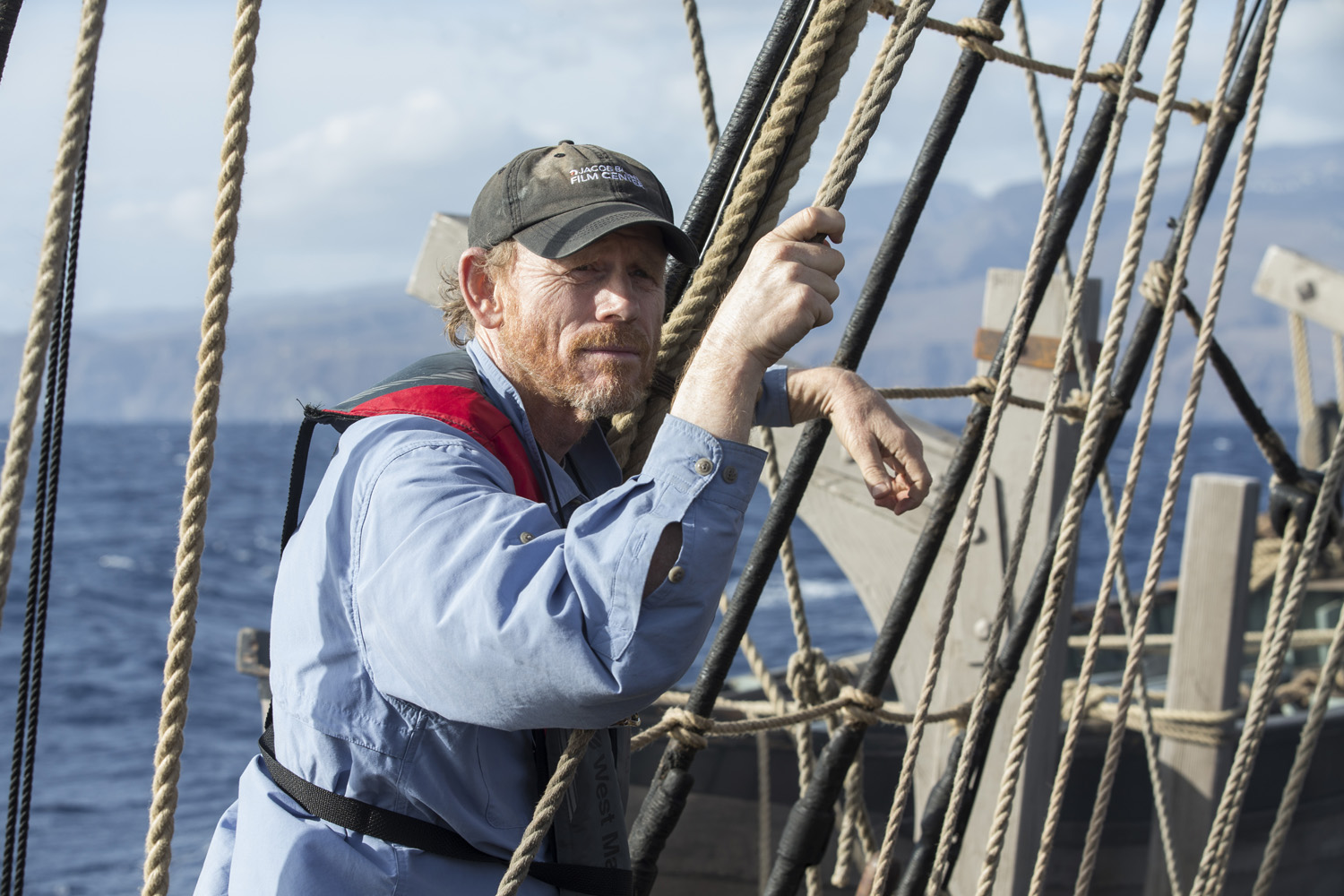 From child actor to director, Ron Howard still represents the best of what Hollywood offers. Howard is one of the best directors working today, and a has a history of making top class cinema. Some of my favorites are Willow (1988), Backdraft (1991), Apollo 13 (1995), A Beautiful Mind (2001, which one won Best Picture and got him Best Director at the Oscars).  Oh, and never mind the movie aforementioned Rush, one of the best racing films ever. In an era where everything needs to be reinvented, rebooted, or redone, Howard keeps making original, fun, and insightful movies that are always entertaining. Sadly, he may be a dying breed in this ever more corporate world of movie making. So go out and check out the work of a master. 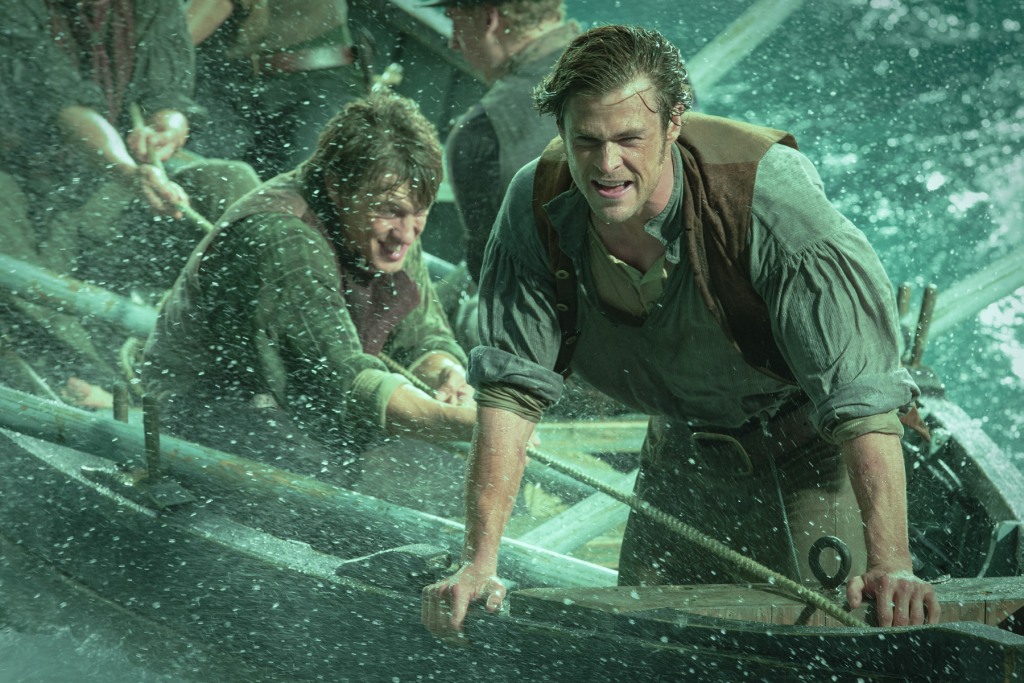 I mean, damn! Considering that just a few generations before whales were considered monsters of the deep you have to admit that these dudes were 8 types of fearless. They would go out to sea for YEARS for a job. Think about that. The average commute to work is what? 30 minutes to 1 hour? Well imagine leaving your family and not seeing them for 2 years for a paycheck. Yeah, that is intense. Also, nevermind that you’d be hunting down creatures much larger than your boat with harpoons all while having to row the damn boat yourselves. Then there was the business of hauling the thing onto the boat to reap the previous oil.

If that is not a tough job I don’t know what is. Of course, hindsight being 20/20, yes…these creatures were over fished and this stuff needs to stay in the past but, damn, that was a hell of a job. And it looks damn exciting in this movie and is well worth the cost of a ticket.

SO GO SEE IN THE HEART OF THE SEA while it is still in theatres. You won’t be disappointed.