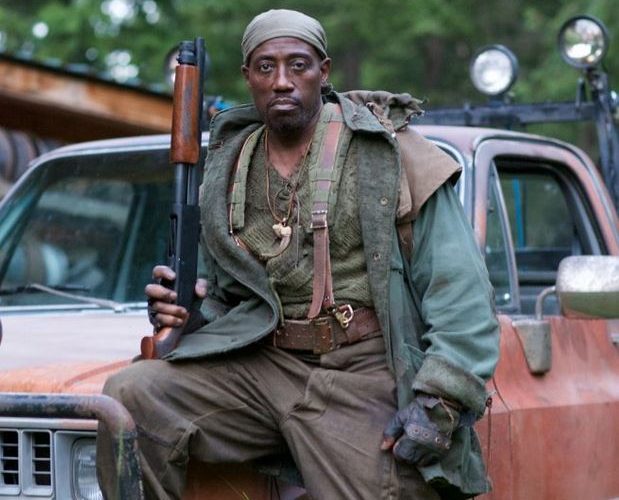 ‘THE RECALL’ TRAILER: ALWAYS BET ON BLACK…EVEN DURING AN ALIEN INVASION.

Regardless of the material he’s working with, Wesley Snipes is always amusing to watch on screen. He was easily the most entertaining thing in 2013’s EXPENDABLES 3 — delivering bucketloads of charisma while showing up that film’s younger cast members. One could only imagine how much fun it will be experiencing an alien invasion flick with his patented bravado on display. At least that seems to be the logic behind his upcoming flick, THE RECALL.

Similar to EXPENDABLES 3, in THE RECALL, Snipes takes charge while being surrounded by youthful co-stars. The FX work isn’t bad, either. Take a look….