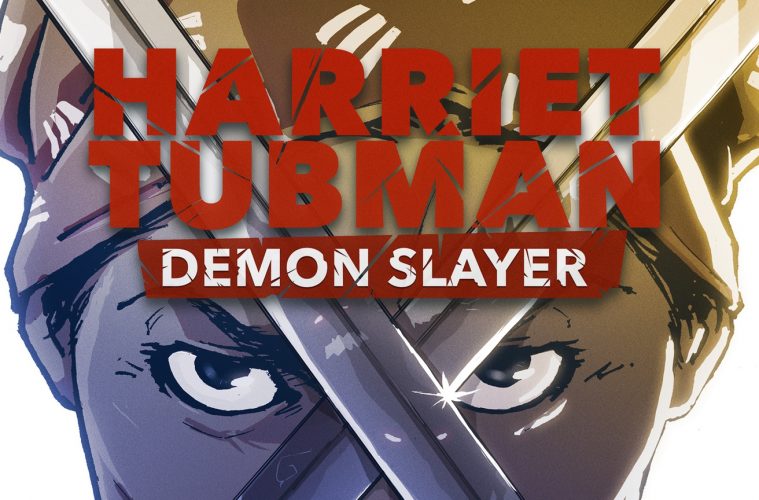 INTERVIEW: ONLY CRUCIFIXES ARE SACRED IN ‘HARRIET TUBMAN: DEMON SLAYER’

HARRIET TUBMAN: DEMON SLAYER started as a joke. It would almost have to, right?

“…Seconds later I wrote down “Harriet Tubman : Demon Slayer” on my notepad, laughed at it and said “The Title sells itself,”” Crownson told Bleeding Cool late last year.

But who brought it to life and to the page? Well, that responsibility falls on the shoulders of artist extraordinaire Courtland Ellis. While Courtland shares credit with several other artists on the book, Ellis was trusted with bringing HARRIET TUBMAN: DEMON SLAYER to his first issue. We sat down with Ellis to talk about the process, successfully Kickstarting HTDS, what to expect from future issues, and more. 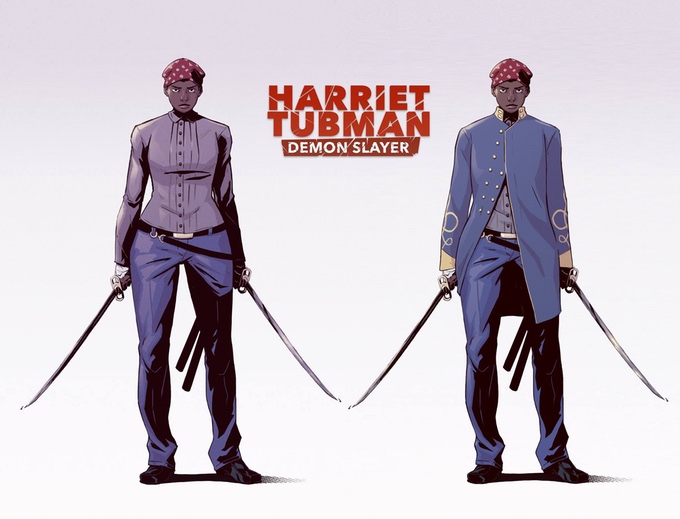 So who came up with such a bold concept? Did David come to you, you to David, or was this more a project you dreamed up together?

Originally, David approached me in early 2016 with the idea for Harriet Tubman Demon Slayer. I believe at that point it was only a concept, but it wasn’t until about 6 months later that he came to me to get a potential cover done for the first issue. As for the story, I have my influences on it, which I think all artists do to some degree. In this particular case, the story is primarily all David, though.

So the book seems to classify “demons” as anything undead. Does that mean we’re going to get plenty of classic monsters?

Definitely! Werewolves, Vampires, Witches, and actual Demons. I’ve already done semi-concepts for some of them. Most of which were shown in the original Kickstarter video I put together.

This seems like the type of project that requires some research? What did you seek out to inspire HARRIET TUBMAN: DEMON SLAYER?

I’ll just say that anything is possible. There are other historical figures and events referenced even in issue 1. 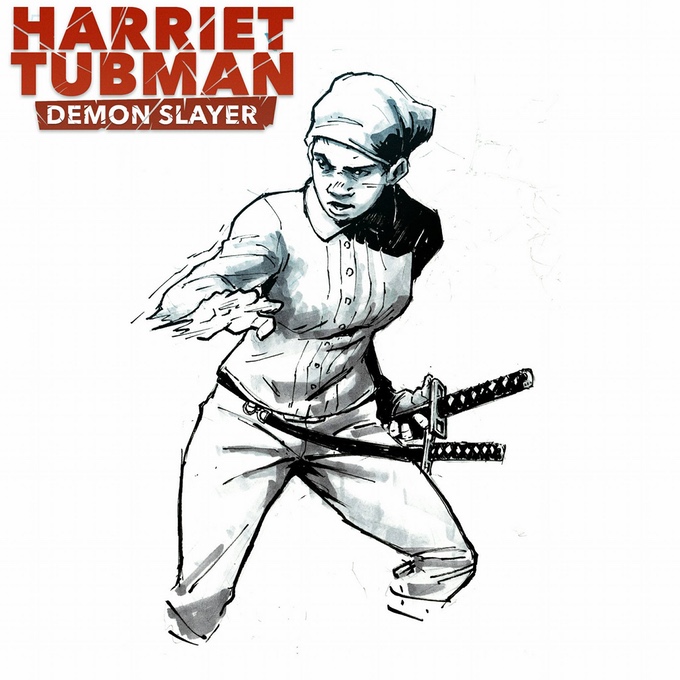 How many issues of HARRIET TUBMAN DEMON SLAYER can we expect?

As of right now it’s undecided. I know David’s got a lot of good ideas he wants to explore, but, of course, not all of them can be easily worked together. I’ll assure you the story does have an end.

What have you enjoyed drawing the most on this title?

Honestly it’s Harriet Tubman so far. Now, when it comes to future issues, I see a few things I might enjoy exploring more, but for now Harriet Tubman is the one. 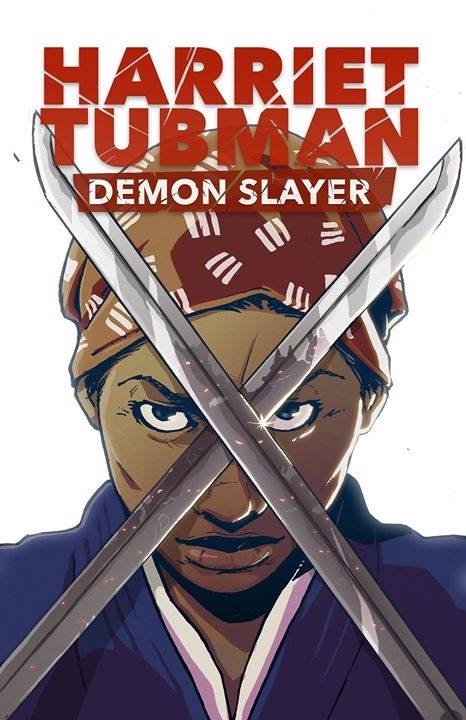