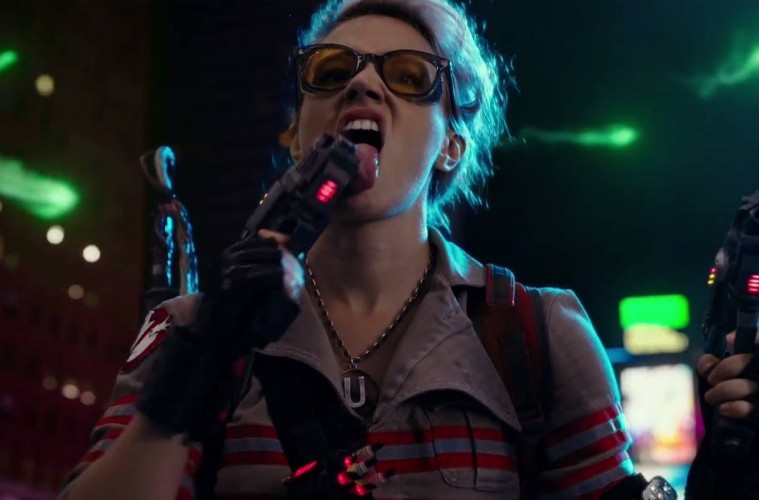 Guys, can we talk for a minute? Yeah, you, the grown men who have been making threats, stomping your feet, and otherwise tantruming hard about the new Ghostbusters movie.

First, I need you to dismiss the idea that because I’m a chick, I don’t understand the Ghostbusters 1984 thing. G84 has been one of my favorite films for as long as I’ve had the consciousness to have a favorite film. G84 quotes are in my daily life. G84 mannerisms. I’ve seen it more times than I can guess, and if anyone ever wanted to fund it, I could do a one-person show, off book, of the entire film. In my childhood, it was on constant VHS rotation, the worn-out tape an early indication of the horror hound hiding inside me. In high school and college, the jokes that went over my head as a kid became obvious, and the wit and the clever made me love it even more. Now, G84 serves as a time capsule not only of being a kid, but of New York City, of the beauty of a PG film pre-PG-13, and of the comedic performances that, could be argued, are kinda perfect.

…though it was the first movie I remember being disappointed by. I’m not sure why, but even as a kid, I felt the < feeling about it when compared to the original. I enjoy it thoroughly now, and like G84, plenty of the content has made its way into my day-to-day lexicon. The courtroom scene, when Venkman is leading Louis from the stand? When all the guys are around the pool table, testing the toaster? New York City coming together in good spirit and faith to destroy a giant Jello mold over a museum? It’s fun.

Fun is the feeling when, for a little while, you’re able to let go of the ideas other people might have about you, and have a good time in spite of your daily reservations and stress.

The Ghostbusters mean everything to me. My credentials are rock-solid.

I saw a Facebook comment where a card-carrying member of the Men Against Ghostbusting Bitches wrote “Ghostbusters isn’t about ghosts and busting them.” Uh, dude, that’s exactly what Ghostbusters is about, and that’s why it’s so exciting that we – as Ghostbusters fans – get another dose of that. The fact that there’s a new Ghostbusters movie makes me happy because I get to go back into that world, not because there are ovaries involved this time. What makes the Ghostbusters so special for me is probably what makes it so special for a lot of us. It’s cool, and it’s geeky, and it’s funny. It’s a little scary, especially to a kid, which is when the majority of us first saw it. More Ghostbusters means more of the stuff we loved the first movies for – ghosts, slime, gadgets, and laughs.

There’s no denying the genius and the chemistry of the first cast, but why doesn’t this new cast get a shot at that same enthusiasm? Is the outrage because the women casted are more broads than babes? I will argue the babelyness of McCarthy, Wiig, Jones, and McKinnon every day of the week and twice on Sunday, but I’m a forward-thinking girl without a well-defined sexual type. Maybe you boys are upset because you figured at least if your childhood was going to get raped, it’d be by someone “hot?” Would the raging, frothing fanboys still be calling for (menstrual) blood if they were rebooting the movie with dudes? Would a new cast of Michael B. Jordan, Chris Evans, Jonah Hill, and Chris Pratt make the loudest haters Slimer-streak their underpants in ectoplasmic joy, because, woo, at least it’s not gross chicks in the jumpsuits?

When I heard about the new film, I didn’t feel an overwhelming sense of joy and utter relief that I was finally going to be represented in the Ghostbusters universe. Being represented in the Ghostbusters universe never occurred to me. They were movies about thirty-something year old men, and I was a little girl. It didn’t feel any different than watching Who Framed Roger Rabbit? or The Monster Squad. I didn’t see myself reflected in the depiction, but that didn’t stop me from connecting to it and enjoying it. When my younger brother and I ran around playing Ghostbusters, we were ourselves, not the characters.

Ghostbusters always belonged to me, as far as I was concerned.

Ghostbusters still belongs to you, too. 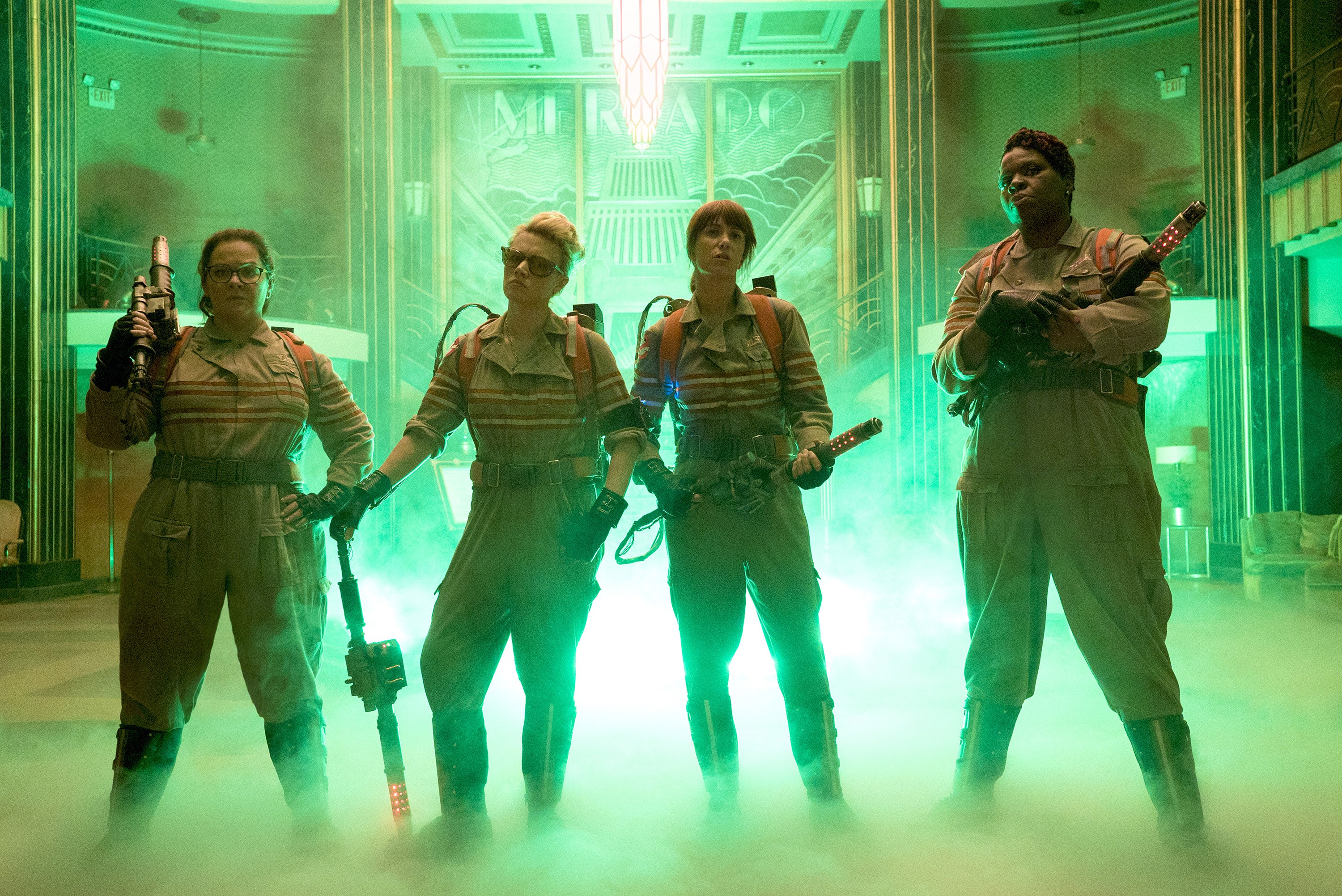 I can’t define for you exactly why you love Ghostbusters so much. I can only tell you why I love it, while stressing the fact that a new version absolutely, positively, will not ruin your life. That’s a bonafide promise, from me to you.

But. If you’re still hesitant, still feeling your man-pride boil over at the thought of girls hauling around proton packs, there’s one more thing. Maybe you’ve heard this next part before, from another internet person, or maybe even a woman in your life, but it’s worth repeating, so pay attention: the coolest thing is, the new Ghostbusters movie doesn’t have to impact you for one more second. You have the option of not watching the trailer, not reading the press, even not seeing the new movie when it comes out. Isn’t that reassuring? I checked, and there’s no coalition of women planning to drag you out of your home to force you into a theater seat. You can self-soothe your dude ego by doing even less than you’re doing right now, by removing the new Ghostbusters from that fuzzy radar screen you call your brain.

Of course, you also have the option to keep ringing the bell of righteous injustice about the defiling of an American classic, but, com’on. Stop. I’m worried about you. Your sense of gender politics should not be so fragile as to be thrown out of whack by a motion picture. There’s other stuff going on, in the film world and out of it. Have you heard about this Trump guy?