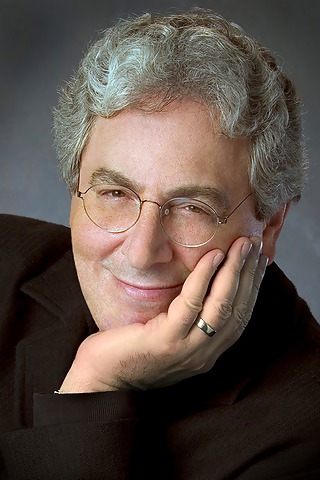 The term “comedic genius” gets thrown around a lot. It’s usually reserved for performers, like standup comedians or actors. While Harold Ramis was an actor and performer, some of his best work was behind the camera as a writer and director.

Ramis’s first film, Caddyshack (1980), is a comedy institution unto itself.  His next film, National Lampoon’s Vacation (1993) is an American classic that has spawned many sequels and quotable one-liners. Stripes (1981), which he wrote and starred in, is a prototype for every military themed comedy that followed after it. I can go on and on, but we decided to not just tell you how great this stuff was, but show you as well.

What follows is a list of movies he’s worked on with snippets, or highlight reels, from each. He may have wrote, starred in, directed, or some combination of the three in any of these films. While I can’t say he’s responsible for all the laughs in the following movies he certainly was a driving force behind each and was a comedic genius of the highest order.

I’d say SPOILERS ahead, but these movies are so good you could watch these highlights and still enjoy them first time through.

Ramis is credited as a writer on this film that stars Bill Murray as the head of a summer camp filled with misfits who go up against the rich kids at a rival camp. This is Murray’s first major film and helped him transition to movie stardom.

Ramis wrote and directed this classic gut buster that features more comedy legends than I can count. Chevy Chase, Rodney Dangerfield, Bully Murray and many more. Best of compilation below.

Ramis wrote and starred in this film with Bill Murray. They are both losers who join the military in order to do something with their lives. Here we get to see his acting talents as well. Ivan Reitman directs and John Candy (among others) co stars. This is my favorite performance of his.

Harold Ramis directed while Chevy Chase, Beverly D’Angelo, and Randy Quaid star. Chase and D’Angelo are parents taking their children on a road trip that goes to hell while Randy Quaid plays the redneck cousin, a role that made his career. It’s amazingly funny and as American as apple pie. Here are a few choice scenes.

Ramis has a writing credit and starred in these mega hits. If you know who Harold Ramis is, it’s probably because of these movies. Four guys bust ghosts. Part 1 and 2 of the 25 best quotes from these movies are below. Unfortunately they are not in order.

Ramis directed this movie starring Bill Murray. Murray stars as a man reliving the same day over, and over, and over again. It’s a high concept romantic comedy that put just about every modern one to shame.

Ramis directed and wrote this film that was a huge comedy hit. Robert DeNiro stars as a gangster with mental issues (sound familiar?) that goes to a psychiatrist, played by Billy Crystal. A few good scenes can be found below.

That’s it! There are more movies that he has written, directed, and appeared in. I encourage anyone to seek them out and enjoy them. They are a great part of a legendary Hollywood career. And whatever you do, just let yourself laugh. That’s all he ever wanted.