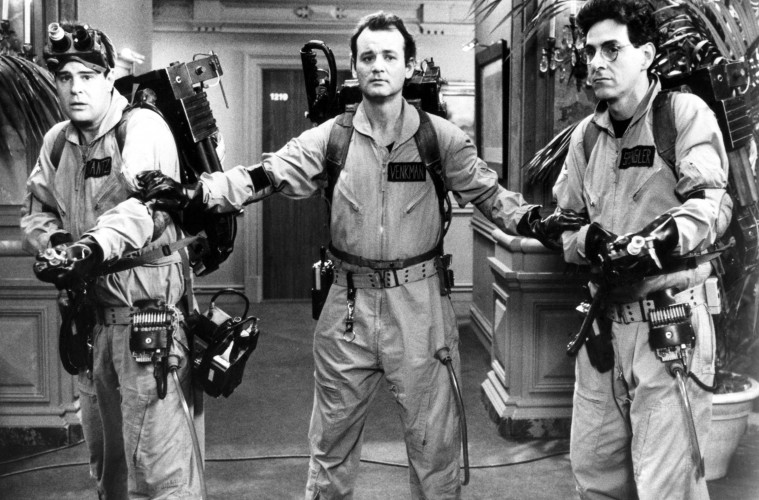 I’m not interested in the new Ghostbusters film. It’s just not for me. As a reboot, it’s intended for a new generation of fans. As a consumer it’s my prerogative to eliminate myself. And as a film, the trailer didn’t give me any reason to want to watch it…which is what a trailer is supposed to do. Will future teasers get my butt in a seat? Maybe. If I see it and like it, will I be wrong for dismissing it? Sure. But that’s not the conversation we’ve been having for the last week since the trailer debuted, is it? No, we’re embroiled in another seemingly endless and absolutely exhaustive debate about gender.

About that: Personally, I think the cast has proven to be incredibly funny in other things. Kate McKinnon is hilarious week in and week out on SNL. Melissa McCarthy stole the show in Bridesmaids and was pretty good in The Heat. And Kristen Wiig is a comical genius (If you’ve watched any of her SNL stuff you’ll totally understand where I’m coming from with that). Admittedly, Leslie Jones has untapped potential, but her track record with me is a bit spotty. Sorry, but comedy — like most things — is subjective. Basically, these new Ghostbusters have the tools and have the talent. But that doesn’t always add up to something worthwhile.

I’ve come across plenty of analyzations about what makes Ghostbusters GHOSTBUSTERS since the trailer dropped. Many of them come from that awkward place where childhood nostalgia and personal preference intersect. That said, I don’t think I ‘ve heard a better explanation of why the sneak peek at 2016’s Ghostbusters didn’t resonate with a lot of folks than the one provided in the following video. It comes from Comic Book Girl 19, and her perspective on gender swapping and how studios think makes much more sense than anything else I’ve been hearing.

Clickity-Click and then let us know what you think in the comments.