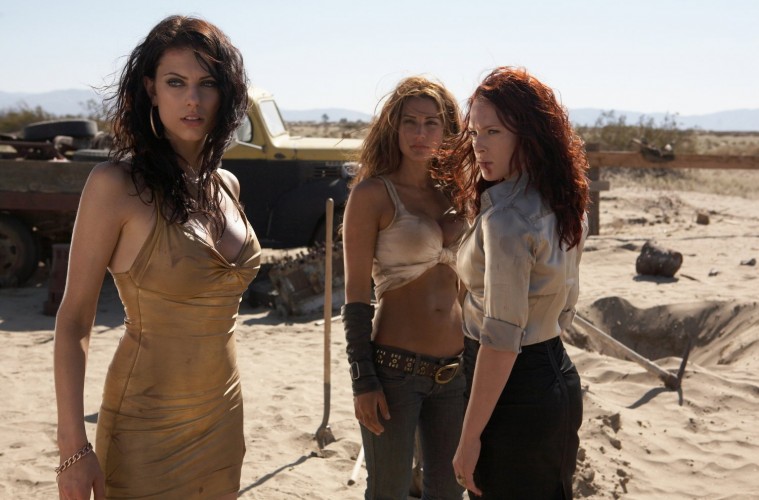 Ever since Quentin Tarantino and Robert Rodriguez’s Planet Terror/Death Proof double feature, the grindhouse film has had quite a resurgence.  Particularly on the home video market, where the schlockiest of schlock goes to find an audience. That is definitely the case with 2009’s Bitch Slap.

With absolutely no shame, Bitch Slap is an over-the-top homage to the many exploitation queens of the past. Director Rick Jacobson‘s reverence for those vivacious starlets is apparent early on, but it’s not until the movie dispenses with the explanations and let’s the ladies go for broke that Bitch Slap actually delivers its punchline. In a move reminiscent of Elle Driver vs. Beatrice Kiddo, actresses America Olivo, Erin Cummings, and Julia Voth (or, more specifically, their stuntwomen) proceed to deliver a wildly inventive, climactic slugfest.  Even crazier is that it is technically a two-parter, with a clearly enthusiastic Cummings taking on an absolutely tireless Olivo.