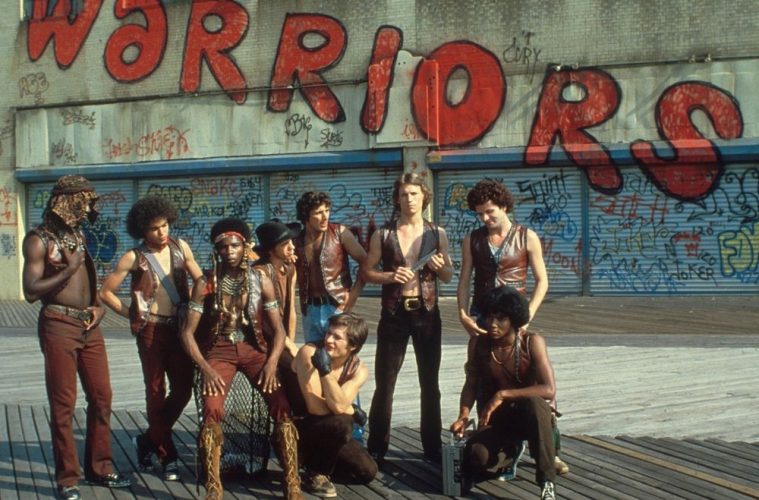 GREAT MOMENTS IN ACTION HISTORY: CAN YOU DIG 1979’S ‘THE WARRIORS?

“Nine guys, no weapons”. That is the position that Coney Island street gang the Warriors find themselves in when a meeting discussing a merger of all the gangs in New York goes awry. The man who orchestrated the meeting happens to be the “one and only” Cyrus, the leader of the largest gang in the city, is shot and killed just as cops show up to bust the gang meet-up.

Chaos ensues and the Warriors manage to slip away to a nearby graveyard, one man short. This is when reality kicks in; they are 27 miles from home, every cop in the city is looking to bust gangs, and the Warriors have one more thing to worry about… “The truce, is it still on?” Naturally, a truce was called so that the gangs would not start fighting at the meeting. But unknown to the Warriors, the murder of Cyrus has been placed on them, and the largest gang in New York, the Gramercy Riffs, has told almost every gang in the city that they want the Warriors, dead or alive.

On their journey home, the Warriors cross countless gangs, police officers, and are being severely pursued by the gang whose leader was actually responsible for Cyrus’ murder. This film is jam-packed with action, quality fight scenes, and a plot that puts you on the edge of your seat the moment the Warriors get off the subway.

What makes this movie so amazing to me, is it fits in so much plot development in such a way that it never feels boring. I have seen this movie well over 30 times, and I never see myself asking, why is this scene here? Or what was the director trying to show? That could be me just loving this movie, but I will always stand by it. I feel it is a movie everyone should see at least once, and afterward you must ask yourself,”Can you dig it?”