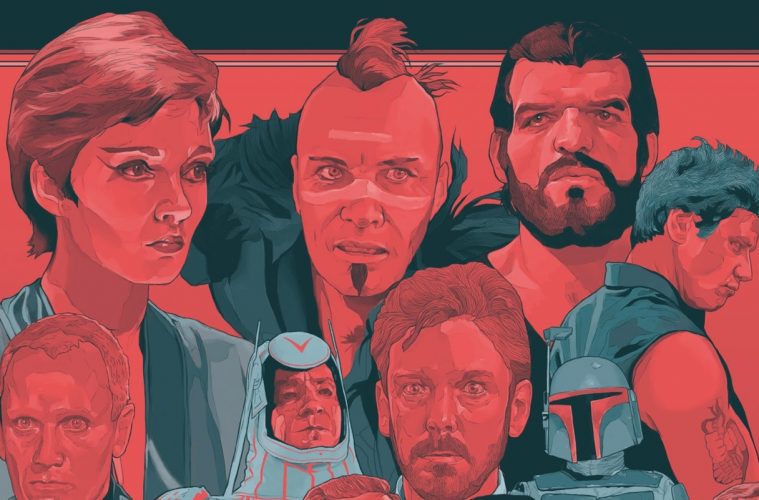 BORN TO BE BAD: IN SEARCH OF THE GREATEST VILLAINS IN ACTION CINEMA

In a world celebrating the heroes of action movies, one man sought to track down the villains who made them look so good and discover the secrets of playing a memorable baddie.

In his newly published book, Born To Be Bad, action movie aficionado Timon Singh interviewed such screen scoundrels as Vernon Wells (Mad Max, Commando), Martin Kove (The Karate Kid), Al Leong (Die Hard, Lethal Weapon) and Ronny Cox (Robocop) to get the inside scoop on the films they worked on, and how they created their legendary characters.

Action Ago Go caught up with Timon to talk to him about bad guys, bad films and whether anyone is born to be bad. 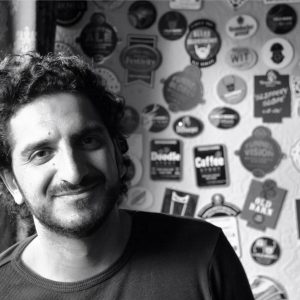 Would you like to tell us a few things about yourself and also something that you’d like to be true but isn’t?

My name is Timon Singh and I live in Bristol in the UK. As well as being a massive action film fan, I also love cult and genre movies, especially those that are incredibly unique in their concept and execution. As such, I also run The Bristol Bad Film Club where, every month, we screen the most fascinating films ever put to celluloid including the likes of Samurai Cop, Ninja III: The Domination, Roar, Hard Ticket to Hawaii and some of the craziest action films you’ve ever seen in your life.

Want to see a film that’s about a psychic kickboxing priest that takes on a serial killer vampire? Of course, you do – so that’s why you come to The Bristol Bad Film Club. That film is called The Divine Enforcer by the way…

I also wish it is true that I hadn’t seen that film more than once. However, I’ve seen it about five times thanks to cameos from Robert Z’Dar and Jim Brown!

In your book, you interview many of the most memorable villains from action movies in the 80s and 90s. What drew you to writing about the villains rather than the heroes?

So many books have been written about action stars like Arnie, Sly, Bruce and JCVD that I feel that as action film fans, most of us already know them quite well. But how much do you really know about Vernon Wells who played Bennett in Commando? Or Al Leong who played henchmen in everything from Die Hard to Lethal Weapon to Big Trouble in Little China? Or Ronny Cox who was excellent in films like RoboCop and Total Recall?

I personally knew relatively little about them, so I thought it would be more interesting to track these actors down and talk to them about their experiences making these iconic films rather than hearing the same stories from the stars that many of us have heard before.

There are a lot of great stories and revealing details from your interviewees about the films that they worked on. What was the one that surprised you the most? 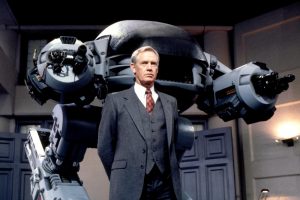 Ronny Cox amazed me by saying that while he was filming Total Recall in Mexico City, he was also shooting Cannon Studio’s Captain America film in Yugoslavia, so he would be flying from set to set and essentially shooting two films at the same time! In one, he was playing the evil head of a corporation that wants to charge people to breathe and in the other, he’s the nicest president of the United States that you’d ever want to meet!

Even more amazing was that he told me the script of Captain America was the best that he’d ever read… however the final film was somewhat different. And less good.

Given all of the research and interviews you’ve done for this book you may well be the most qualified person to ask: What makes a great villain?

I think that the villain should always be smarter than the hero. It’s not about strength or speed or skill, it’s about wits. It’s a far greater triumph for your hero to outwit someone who is smarter than they are, than simply beating them to a pulp. I always like it when my heroes are several steps behind and are struggling to catch up, or are always beaten, battered and bruised and barely standing by the end – I think that’s why I love Indiana Jones so much. If he wins, it’s barely by the skin of his teeth and a whole lot of luck.

Your book focuses on the best baddies from the classic era of action movies, but do you have any favourite villains from older movies?

Absolutely. I grew up on a host of classic action and adventure films, especially older war films. The ones that really stand out are Derren Nesbitt who plays the Gestapo Officer in Where Eagles Dare. He’s so blonde and blue-eyed, he’s almost a parody of a Nazi, but he’s simultaneously charming and quite terrifying, so he’s always been a favourite. Also, Robert Shaw in From Russia With Love and the delightfully wonderful Eli Wallach as Calvera in The Magnificent Seven.

However, I think we can all agree the most terrifying villain of all time is The Child Catcher in Chitty Chitty Bang Bang…

Sarah Douglas from Superman II is the only female villain to be interviewed for your book – do you think there will ever be parity for the sexes?

I hope so! Action films have created some of the strongest female characters ever with the likes of Sarah Connor, Ellen Ripley, Vasquez and Maria Conchita Alonso in films like The Running Man and Predator 2. There’s also so many talented film action stars that I grew up watching like Cynthia Rothrock and Michelle Yeoh, who are often performing physical feats that would be impossible for their male counterparts. So, I don’t just think there will be parity, I know there will be and I demand and want it as soon as possible! Only weak men are scared of strong women.

And what sort of villain would you make?

A terrible one. I show my hand too easily and I fear I wouldn’t be able to go through with any of my threats. I’d be like Ed Harris at the end of The Rock. My bluff would be called and my own men would end up shooting me!

You’re also working on a documentary celebrating the action movie genre. What can we expect from In Search of the Last Action Heroes?

I’m working with famous action film lover and YouTube Oliver Harper on his first feature length documentary about the rise, fall and nostalgic resurgence of the classic action film. We’ve got loads of great names attached and not just action stars.

From writing and researching my book, the people with the best stories are often those who worked behind the scenes, so we’re talking to people like Peter MacDonald who, not only directed Rambo III, but has worked on more blockbusters than I can name as a second unit director.

We are also on planning on interviewing screenwriters Steven E De Souza (who wrote Die Hard, Commando and the intro to my book!), James Bruner (The Delta Force, Missing In Action), Sheldon Lettich (Bloodsport, Kickboxer, Double Impact) and a host of talented stunt and action directors like Craig R Baxley who directed the criminally underseen Dark Angel and Action Jackson!

We’re going to start filming interviews in August, then I’m going out to LA in October to film the bulk of them. I can’t wait. It’s going to be fantastic and anyone who has watched Ollie’s retrospectives knows that he has the passion, talent and knowledge to make this documentary something special. If you would like to contribute, the project is currently on Indiegogo In Demand.

You can buy Born To Be Bad online at Bearmanor Media.