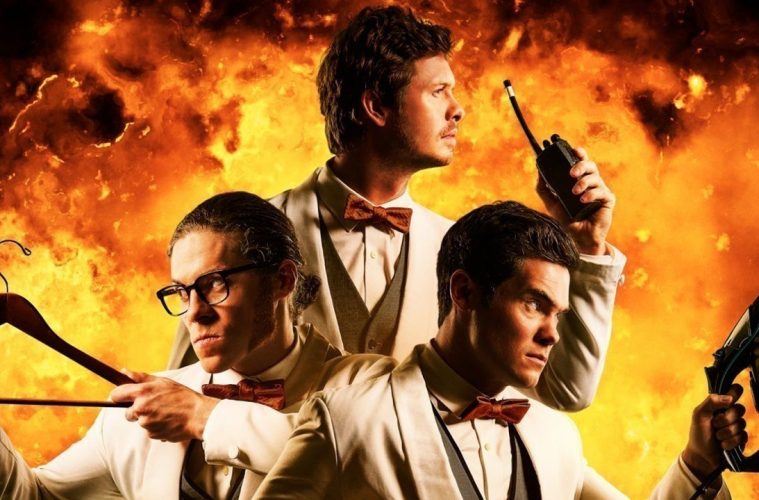 After making their names in the Comedy Central TV series Workaholics, Anders Holm, Adam Devine, Blake Anderson and Kyle Newacheck have re-teamed in the new Netflix action-comedy Game Over, Man!

The team at the Exploding Helicopter podcast take a look at the new film and discuss it’s strange fascination with penises, what on earth Daniel Stern is doing in this, and all the exploding helicopter action.

Listen to the show on iTunes, Stitcher, Acast or right here.