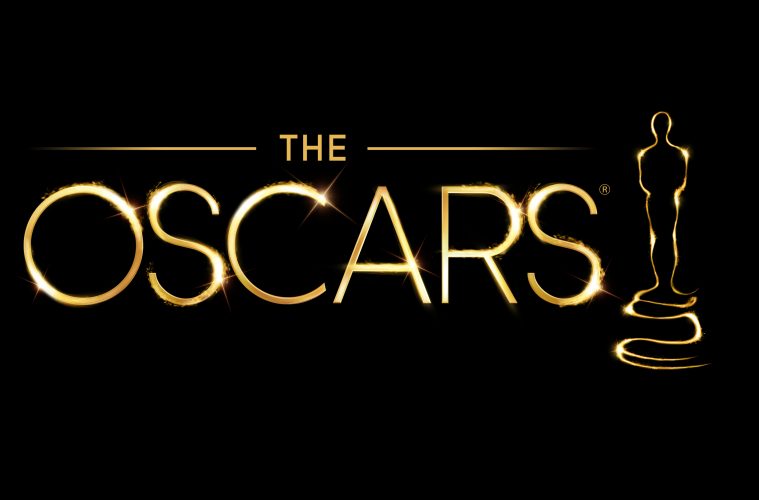 With Oscar fever in the air, and the most recent awards handed out, it’s time to go back and have a look at a certain crop of past winners. Many lists have been done by many writers, but our list sets out to present you with something different. For all the years that the Oscars have been awarded to many movies in various genres, there are those that stand above most else. Since the beginning of Oscar time, 89 movies have been named Best Picture at the Academy Awards. And while the awards have often been marred by controversy (The bumbling fools on the latest Oscars, for example), such as favorites like ‘Saving Private Ryan’ not going home with the top prize, there have been many that were greatly deserved. So without any more delay, we present to you the 10 most epic, most exciting and most worthy of the Oscar for Best Picture, in the category of total awesomeness! In no particular order…

It seems fitting to begin with James Cameron’s iconic classic ‘Titanic’, with the sad passing of the wonderful Bill Paxton. Bill brought us movie lovers so much joy and entertainment in his career, with movies like the incredible and absolutely awesome ‘Twister’, the immortal sci-fi classic ‘Aliens’ (Which remains far and away the best of the ‘Alien’ saga) and the wonderful ‘Apollo 13’. And everyone knows that Bill was good friends with blockbuster genius James Cameron, with appearances in also ‘The Terminator’ and ‘True Lies’ (He’s especially fantastic in ‘True Lies’, bringing much-needed humor to an otherwise useless plot thread). And here, we have yet another collaboration between Bill and Cameron with ‘Titanic’. We will never forget Bill Paxton, and all the wonderful work he delivered in his career. May he rest in peace.

‘Titanic’ is a movie with extreme problems. Namely, the kind of problems Cameron is used to. Filler. And this movie is almost a victim to it. The first hour of ‘Titanic’ is almost unbearable to watch, especially for those who haven’t come to the movie for an uninteresting romantic love story with Leo DiCaprio and Kate Winslet. There comes a point when even the most patient of viewers begin to lose interest. But at the halfway point, ‘Titanic’ blazes to life, sending forward an experience like no other. Filled with tragedy, powerful performances from many involved and Cameron’s unique special effects, the movie is impossible to turn away from. Even the leads, Leo and Kate, burst to life and find their ground in the disaster epic. Although overly long and filled with the type of stuff we don’t need to see in a movie telling such a true and horrific story (A naked Kate Winslet is hard to resist, especially in her prime 1990’s days, but really? It’s ‘Titanic’, not ‘American Pie’!), a combination of incredible special effects, a beautiful score by the late great James Horner (Who is now reunited in an ‘Aliens’ reunion with Bill Paxton in Heaven) and the legendary Celine Dion belting out one of cinema’s greatest songs, ‘My Heart Will Go On’, ‘Titanic’ is something truly special, only in need of a little trimming down.

For years, I’d longed to see ‘Ben-Hur’. Somehow it always escaped me. One day I made it my mission to grab a copy on DVD. And while I went into it with a little fear (What if it doesn’t live up to everything I believe it will be?), it absolutely blew me away. The heart, the story, Charlton Heston’s wonderful performance, and that spectacular and gruesome chariot race. It was an experience like no other. Deserving of every single piece of praise it ever received, and easily worthy of its countless awards, including the Oscar for Best Picture. A dazzling display of Hollywood magic.

‘Platoon’s 30th anniversary last year passed without fanfare. And unfairly so. Oliver Stone is a fantastic filmmaker, but he’s prone to the same failings of James Cameron… Filler. But with ‘Platoon’, it’s pure filmmaking perfection. Brutally violent, unafraid and filled with spectacular battles. Stone more than delivers the goods, he delivers an absolute masterpiece in the war movie genre. That scene of Willem Dafoe’s character being murdered still stands as one of cinema’s most iconic and tragic scenes. And the use of Barber’s Adagio For Strings is nothing short of genius. War movies may be easy to find, but finding one to rival ‘Platoon’ will be a greater challenge.

Returning to the epic Roman genre of ‘Ben-Hur’, Ridley Scott and Russell Crowe teamed up for the first time 16 years ago, and they haven’t looked back since. All thanks to this incredible work of art. ‘Gladiator’ tells the story of a Roman General who sets out to avenge the brutal deaths of his family, determined to kill the twisted and corrupt son of an Emperor, no matter what. ‘Gladiator’ may not be overly original, but where it makes up for its story is the wonderful script, the magnificent performance from Russell Crowe and the beautiful score by Hans Zimmer and Lisa Gerrard. And the fight sequences on display are the very finest of their genre, beating out even the far earlier ‘Ben-Hur’. An absolutely stunning piece of film, and as close to perfection as anyone dare ask.

“They make take our lives! But they’ll never take… our fffrrrreeeeeddddooooommmmm!”. And with those words, one of cinema’s greatest and most epic movies was born. Mel Gibson took on his most ambitious project, both starring in and directing the incredible ‘Braveheart’. Based on the true story of Scotland’s bravest freedom fighter, William Wallace’, ‘Braveheart’ captured the hearts of the world, with its spectacular battle sequences, its tragic tale of love and loss, and the once again magnificent score from James Horner. ‘Braveheart’ is seriously the most epic movie of the 90’s. 22 years later, and it’s still shaping the world of filmmaking. And its impact on my own country of Ireland (Where it was partly filmed) is still the stuff of legend. Irish cinema would not be where it is now without it, and for that, I will always be grateful to Mel Gibson and this wonderful movie.

Anyone want to know how to make a minimalist action-packed and heart-pounding masterpiece? You go see the Coen brothers and suck up all the knowledge you get from them. Because ‘No Country For Old Men’ is as bad ass as movies get. With absolutely perfect performances from Josh Brolin, Tommy Lee Jones (Both Brolin and Jones star in ‘Men In Black 3’, with Brolin learning a lot of Jones’s mannerisms from working with him on this movie) and Javier Bardem. Bardem is especially intoxicating as the movie’s lead villain, a brutal assassin looking for a bag of money which he stole from drug dealers. Somehow, with no one raising their voice, almost no musical score and very little in the way of busy location, ‘No Country For Old Men’ stills manages to be one of the toughest and most exciting movies in many years. A wonderful return to the western genre too. Bravo to the cast, the writers, and the Coens.

In 2009, there was no doubt that James Cameron was the “King of the World!”, with ‘Avatar’ smashing the worldwide box office record to become the top-grossing movie of all time. But that same year, a low-budget almost no-name cast little came around, called ‘The Hurt Locker’. No one saw it coming, very few even saw it. But yet it laid waste to ‘Avatar’ at the Oscars, nabbing Best Picture on top of a bunch more Oscars. And even made a star of Jeremy Renner. With its no-nonsense approach to the Iraq war, ‘The Hurt Locker’ features Renner as a bomb disposal expert who must disarm countless bombs, buried beneath Iraqi ground. After its massive win, and knowing both the story and of its director, Kathryn Bigelow (James Cameron’s ex-wife… How awkward is that? Have your movie trampled on by your ex!), I rushed to nab a copy of the movie. And as much as I love ‘Avatar’, it’s easy to see why ‘The Hurt Locker’ got those awards. Even if it was only a political gesture by the Academy (The movie made a lukewarm $50 million at the box office), it is still worthy of its many awards. Renner is absolutely wonderful in it, and the intensity is almost unbearable. If there’s a person who hasn’t yet seen it, you seriously need to.

Everyone knows the Oscars can be ridiculous. And they’ve rarely been as ridiculous as to give ‘Rocky’ Oscars for Best Picture, Best Director and even Best Editing, but screw over Rocky himself, Sylvester Stallone. The man is magnificent as Rocky. And he wrote the movie! And yet was given absolutely nothing, not even as a writer. Such a disgusting display of stupidity from the folks at the Academy. Everyone knows Rocky, everyone loves Rocky, and for Oscars to go out to everyone but Rocky himself is unforgivable. ‘Rocky’ and 6 films later, Rocky is still rocking on, and Stallone at least nabbed himself a Golden Globe for ‘Creed’ (Although yet again nominated by the Oscars for that movie, but not winning it!). Iconic, spectacular and an unmatched look into the boxing world, ‘Rocky’ is still a beautiful and epic movie, it hasn’t aged a bit.

After ‘The Fellowship Of The Ring’ and ‘The Two Towers’, pressure was on Peter Jackson to deliver a devasting final chapter to his epic ‘The Lord Of The Rings’ trilogy. And he absolutely delivered the single handed most epic movie to ever win the Oscar for Best Picture. Everyone knows these movies, even if they haven’t seen them. And while everyone has their favorite, I must name ‘The Return Of The King’ the best of the Middle Earth movies. Massive in scale, story and character, it’s no wonder it went on to gross over a billion dollars at the cinema. Brilliantly told, beautifully acted and packed with action that must be seen to be believed, the ‘Lord Of The Rings’ is pure cinema gold. And this was the perfect way to end it. Until ‘The Hobbit movies came along, which I personally loved, despite their problems (Namely ‘The Battle Of The Five Armies’, which suffers most)). Interesting fact: ‘The Lord Of The Rings: The Return Of The King’ won every single Oscar it was nominated for!

I could hear your question from a thousand miles away. “Why hasn’t this fool listed The Godfather?”. No list of epic Best Picture winners is complete without Francis Ford Coppola’s immortal classic ‘The Godfather’. As a part of a trilogy, I’ve personally never been a fan of Part II, although I recognize that it has some decent moments. And perhaps I’m one of the few who has nothing but love for Part III, which many hate. I would give Part III an equal tie for Number 1 with Part 1. But for now, let’s discuss ‘The Godfather’. Big, beautiful, brilliantly written, fantastically violent, one of the greatest ensemble casts in cinema history and the definitive entry into the Mafia movie genre. Not to mention that truly magnificent score. ‘The Godfather’ is everything movies should ever be, and everything they should ever want to be. Pure Hollywood perfection, not an ounce of filler, just pure filmmaking genius. And there can be no more said than that.

And there we leave it. I know there are more than deserve a place on a list such as this, like ‘The French Connection’, ‘The Departed’ and ‘From Here To Eternity’, but I leave it up to you to decide if I was wrong not to choose those three over three on the list. I did agonize over it, but felt they didn’t appear quite as epic or largely scaled as these ten, although still perfect movies. But sound off in the comments below if you wish. We thrive on conversation.