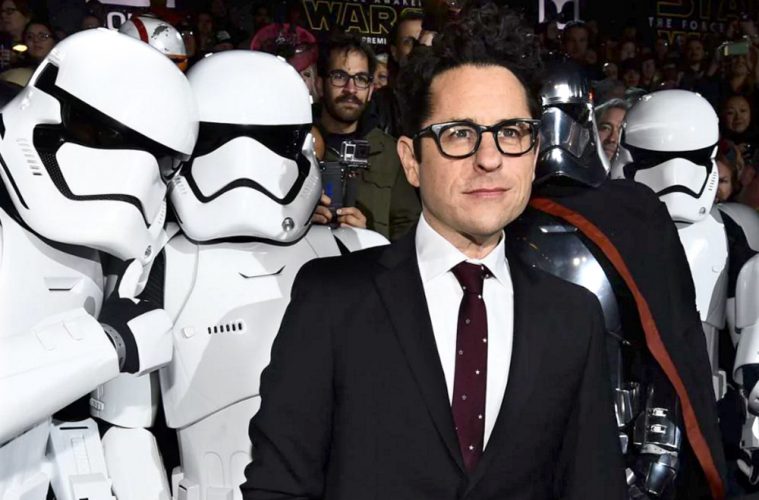 THOMPSONATOR CHRONICLES: STAR WARS – JJ’s BACK (Business as Usual and Why I Don’t Care)

On Tuesday (Sept 5th), it was announced that Lucasfilm had parted ways with Colin Trevorrow, who was set to direct Star Wars Episode IX.

As usual, the Internet had opinions. 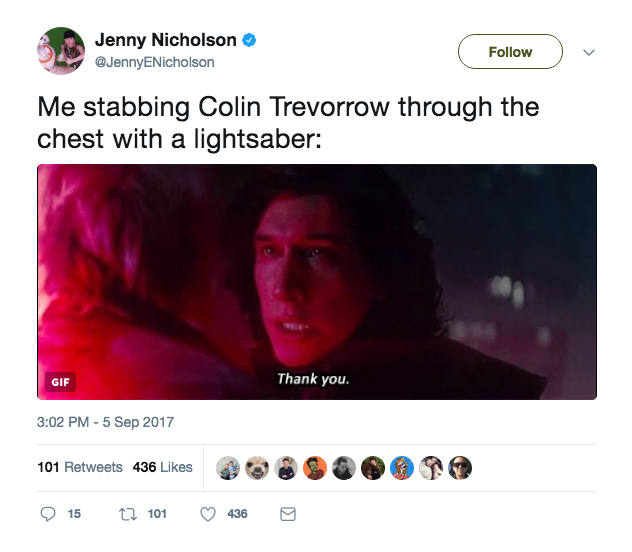 You can find more by searching “Trevorrow” on Twitter, but you get the gist. Many of the posts  range from ecstatic to sympathetic, but hardly any were saddened.

Today it was announced that JJ Abrams, director of The Force Awakens, will ‘re’-fill Trevorrow’s shoes by taking his place for Episode IX. Again, the Internet had opinions. 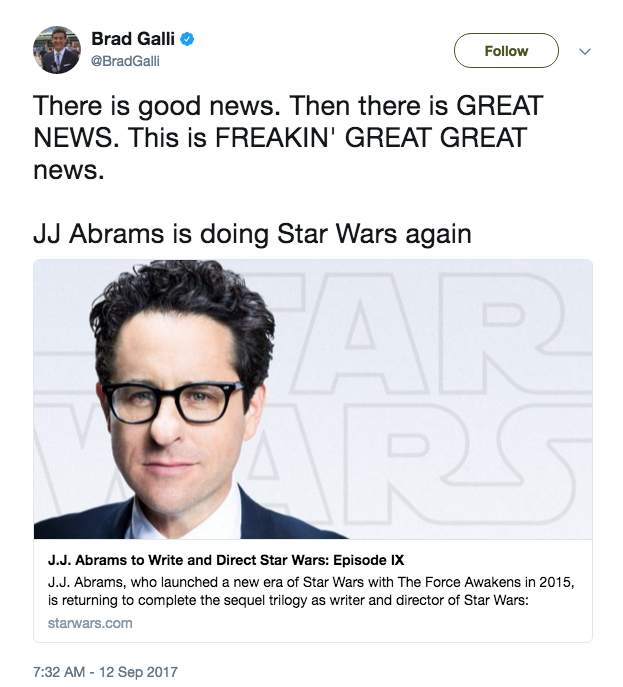 Perhaps the reaction to Trevorrow’s departure isn’t surprising, since many SW fans exclaimed their outrage back when it was first announced he would be given the job.

However, neither decision is really all that surprising anyway.

In fact, given their track record, it would have been more surprising if Trevorrow was still directing by December 2019 when the film is set for release.

The following video gives a brief overview of Disney’s revolving door of SW talent, but to name the directors let go from projects alone we so far have Trevorrow, Josh Trank, and Chris Miller & Phil Lord.

Even Gareth Edwards, who made it to the finish line with Rogue One, wasn’t invited back for the reshoots, which were handed off to Tony Gilroy.

On the other hand, Abrams seems likely to stick around, seeing as The Force Awakens raked in over 2 billion dollars at the box office, placing third in the highest grossing films of all time. 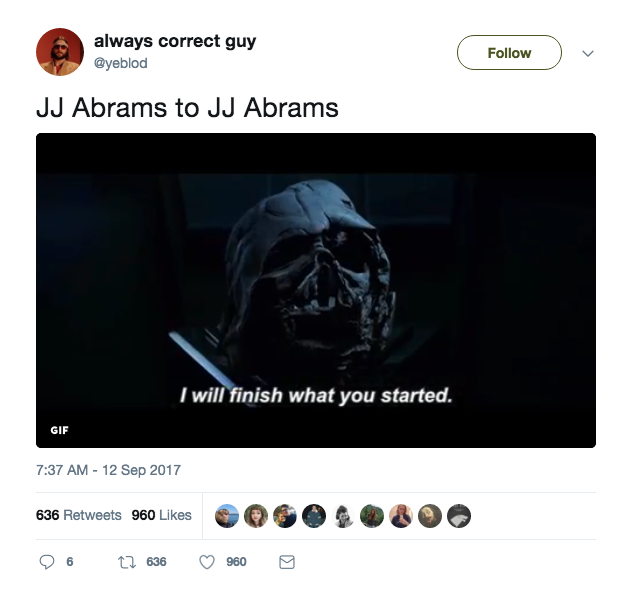 Here’s the thing though, Jurassic World, directed by Trevorrow, came in fourth.

Fans’ opinions aside, Disney and producer Kathleen Kennedy clearly had enough faith in Trevorrow to hire him in the first place and keep him aboard for a whole year so what happened?

Well, he directed The Book of Henry and it terribly at the box office. That’s what happened.

In Hollywood, you’re only as good as your last film and Trevorrow found that out the hard way. Meaning if Abrams has a lick of savvy about him (he clearly does), he’ll stay out of the director’s chair and avoid pet projects until he’s done with Star Wars completely.

Why I don’t care…

Because it doesn’t really matter.

The primary difference between a Abrams Star Wars film and a Trevorrow Star Wars film? How many lens flares would you like digitally added in post?

Of course, that’s just my opinion, but Disney bringing back JJ doesn’t only feel like the most obvious choice, it’s also the safest.

The Force Awakens, Rogue One, and Jurassic World all felt safe to me. Maybe because they are the products of a corporation making an endless series of calculated business decisions to deliver… a big, expensive product that appeals to the most people it possible can on a global scale using a paint by numbers template so thin you could breathe holes through it.

Regardless of who directs any of the Star Wars films moving forward, people will go see them. They’ll do over a billion globally. The director/writing team will do as they are told and not f*** up, or they’ll get the boot as well.

These people are not delivering a vision, they are delivering a product. A big, dumb, flashy product that will make money even if the House of Mouse has to fire every last director in Hollywood they can to do so.

While I don’t have a problem with people making money (it is the American thing to do after all), for me each of these franchise reboots, sequels, prequels, remakes, requels, all feel exactly the same.

They are hollow boxes wrapped up in shiny paper with a big red bow and a tag that says TO: Fan Girls & Boys Everywhere.

Well sorry, but a fanboy, I am not, but I’ll probably wind up seeing Episode IX anyway.