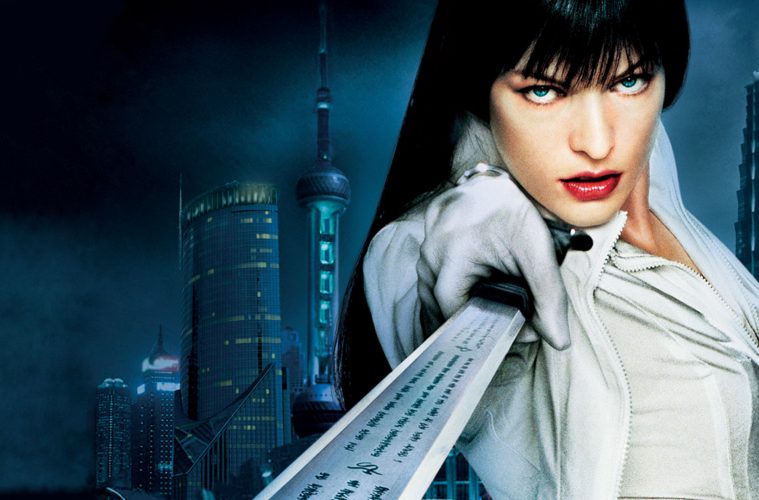 It’s been 20 years since Milla Jovovich crashed into the lives of movie fans by landing violently on the roof of Bruce Willis’ taxi in The Fifth Element.

Since then, the former supermodel has carved out a career as one of the leading ladies of the action genre, most notably – in the six film strong – Resident Evil series.

But while she’s perhaps best known for battling zombies, our Milla has also faced off against that other great enemy of classic horror – vampires.

Ultraviolet (2006) takes place in a dystopian future, in the years following a global epidemic that causes people to have vampire-like symptoms, super-human physical abilities, and elongated canines.

The government has been taken over by a militant medical group called the Archministry – who round up infected citizens and exterminate them in an effort to contain the virus.

Our hero is a woman called Violet, who is a member of an underground resistance – fighting to protect the vampires – or hemophages as they’re known here – from the government.

Working with the resistance, Violet steals a weapon that’s supposed to kill-off all hemophages. However, the weapon turns out to be a young boy. The resistance want to kill the child to end the threat he poses to the hemophages. But, believing that the child could hold the key to finding a cure for the disease, Violet goes on the run with the sprog.

So, on the new Exploding Helicopter podcast, Will and Dara sink their over-sized canines into the film and it’s spectacular exploding helicopter sequence which sees Milla Jovovich motorcycle off the top of a skyscraper, through the side of an airborne helicopter, before smashing through the window of another tower block. Eat your heart out Vin Diesel!

You can listen to the show on iTunes, Podomatic, Stitcher, Acast and YourListen. Or right here and now.