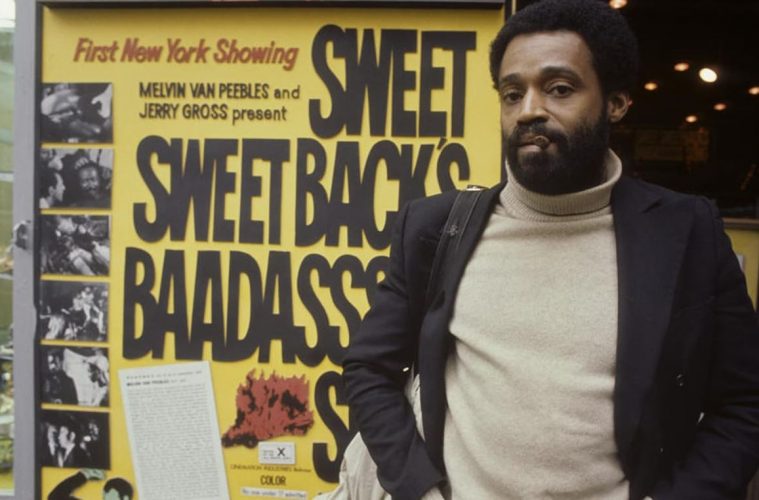 In late April, Action A Go Go writer James David Patrick attended the Turner Classic Movie Film Festival. Sweet Sweetback’s Baadasssss Song was one of the films featured during this three-day event in Hollywood. The following report/review from TCMFF 2018 focuses on the discussion with film pioneer Melvin Van Peebles, his son Mario Van Peebles, and the 1971 film that influenced an entire generation of Black filmmakers. 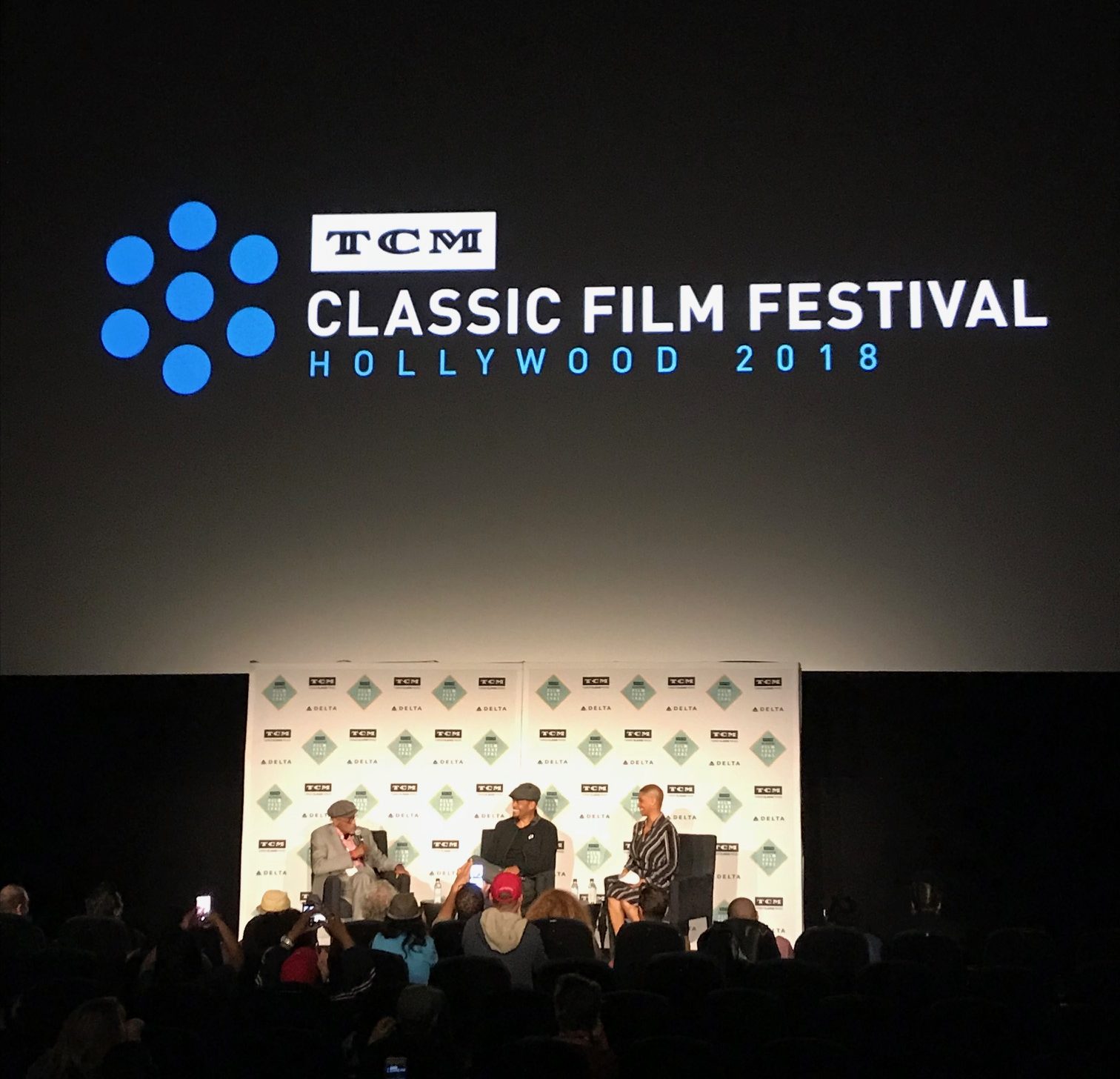 85-year-old Melvin Van Peebles no longer looks the part of a revolutionary. Frail and hard of hearing, he responds graciously to the audience’s adoration rather than the specific questions being asked of him. Unlike multi-part probes about the inspiration behind Sweet Sweetback’s Baadasssss Song, reverence cannot be misunderstood. What is clear at this point in his life is that Melvin takes great pride in the accomplishments of his family and wants to make sure you specifically appreciate the eloquence of his son Mario when he fills in the gaps in conversation.

Twice when Melvin finds that he is unable to produce the right words, he pauses and says the only real wisdom in life is to just “keep on keepin’ on.” Mario translates the words that aren’t there. Mario, who has stood at his father’s side throughout this 9th Turner Classic Movies Film Festival, makes sure that everyone in the audience knows that Melvin Van Peebles changed the world and that Melvin Van Peebles continues to change the world – even if the man’s impetus to incite social change has taken a backseat to the company of family and friends. 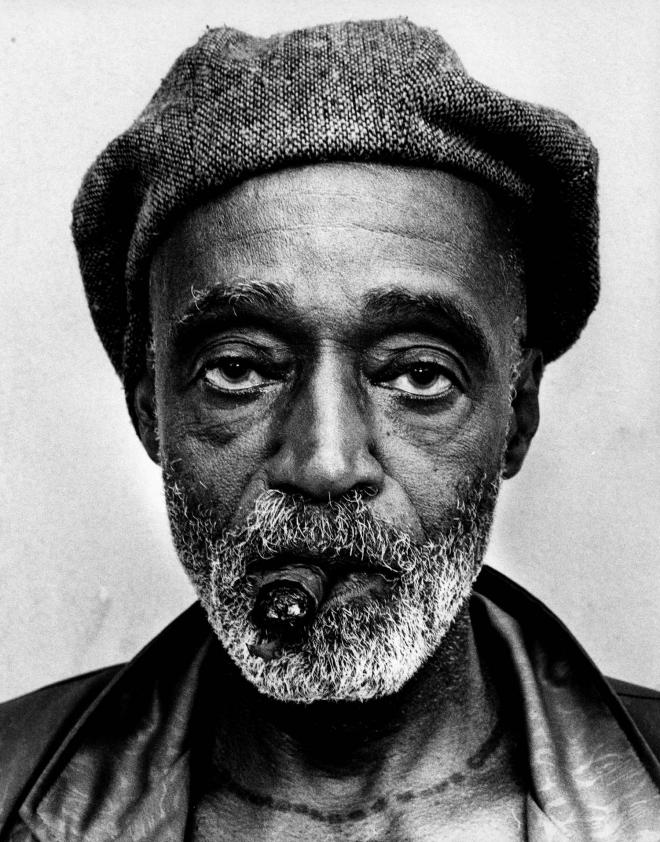 Today, the name Melvin Van Peebles carries an indistinct cachet. It’s not that he’s forgotten – far from it. It’s that popular culture, the culture curated by youth, has moved on, as it tends to do, and it fails to recognize that Melvin’s fingerprints cover nearly every square inch. This American original – this actor, director, screenwriter, playwright, novelist, composer, and options trader on the American Stock Exchange – catalyzed a popular cinematic revolution by making movies, by making art, of all things, on his own terms.

As Mario recalled, his father knew he couldn’t “take McDonald’s money and make Super Size Me. You couldn’t take money from the man and go up against the man.” In other words, in order to stick it to the man you had to offer your own blood, your own sweat, and most importantly your own cash. You didn’t have to play by their rules, but you damn sure had to understand the game.

Melvin Van Peebles has often been credited with kicking off the Blaxploitation movement of the 1970’s, but Sweet Sweetback’s Baadasssss Song doesn’t remind of Shaft or Coffy or Cleopatra Jones. It recalls Michelangelo Antonioni and maybe Jean-Luc Godard. The Italian Neo-realists of the 1940’s and 50’s and the French New Wavers of the 1960’s. Sweet Sweetback may have inspired filmmakers to create commercially viable cinema featuring black actors, but Van Peebles’ vision had little to do with a return on investment. Though the film contains elements of the thriller or crime genre, no one could ever accuse it of being beholden to any particular genre. If forced to label it, one could do worse than to call it artsploitation.

Told through disjointed imagery, double exposures, swirling edits, graphic sexuality, Sweet Sweetback’s Baadasssss Song feels phantasmagoric. As a progenitor to the music video, it foregrounded music written by Melvin Van Peebles and performed by Earth, Wind & Fire. The images serve the music. “He was in France and starting to dig Brecht and The Threepenny Opera and started feeling like the music in America – which was doo-wop-y lovely Motown melody had nothing to do with the reality that folks were dealing with in the street,” Mario explains. “Hollywood was laughing and singing to ooh-wee-baby while Rome was burning.” 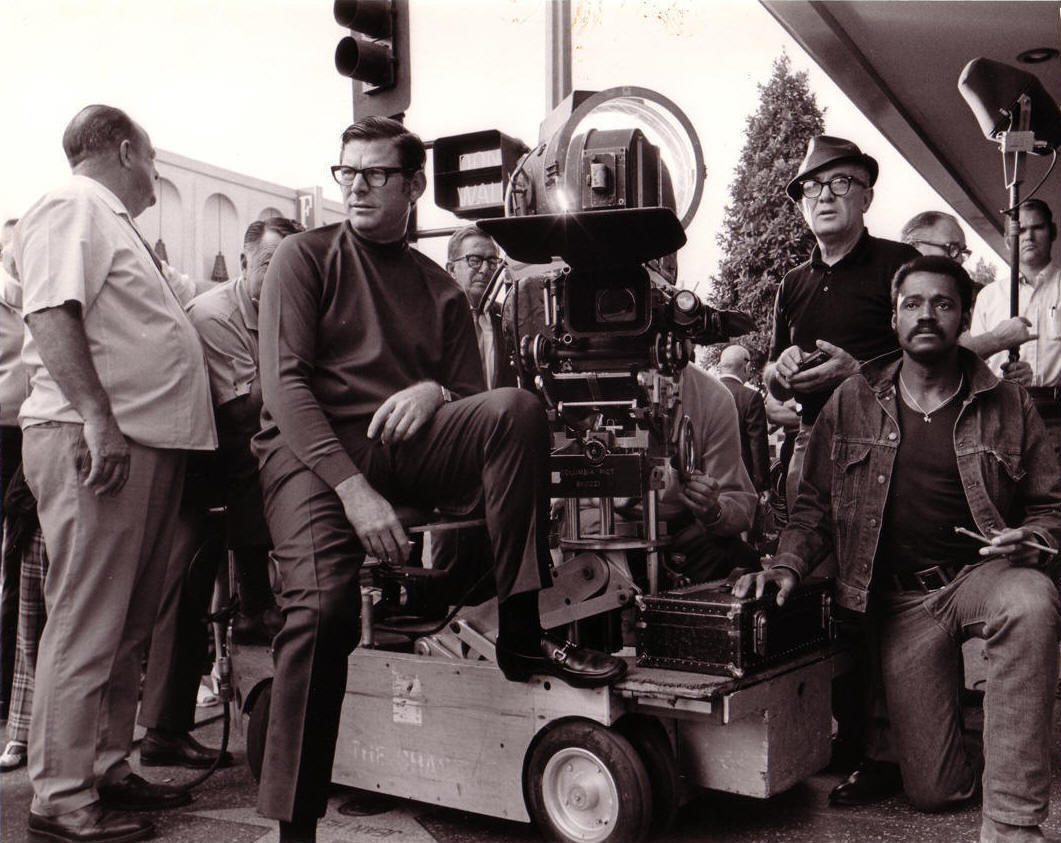 He followed up this impassioned statement with something that struck a chord with the assembled crowd, an idea that feels like the emotional center of Sweet Sweetback’s Baadasssss Song. “Malcolm said freedom by any means and Dr. King said freedom by peaceful means, but they killed them both. So that was the end of the colored movement and you had the rise of the black power movement, but that wasn’t reflected in cinema.”

Sweetback finds himself in a circumstance where he can either respond to injustice by intervening in the cops’ abuse of a black suspect or remain silent and safe, a willing conspirator in the systemic oppression. Sweetback responds, and as a result, he’s forced to commit increasingly more severe acts of violence in order to survive. Moral righteousness creates a cop and dog-killing anti-hero that maintains our sympathies – he’s just a guy that’s doing anything he can to just “keep on keepin’ on.”

Melvin’s film expresses a rage brought on by the widespread and nebulous effects of institutionalized racism. The rage of knowing that change lies beyond the control of the average black man, woman or child. That right answers might not exist, that “the man” presents questions with only the possibility for various degrees of wrong. Melvin Van Peebles’ controversial film reflects his disillusionment in 1971, but the message and impact have not lessened in the subsequent years. 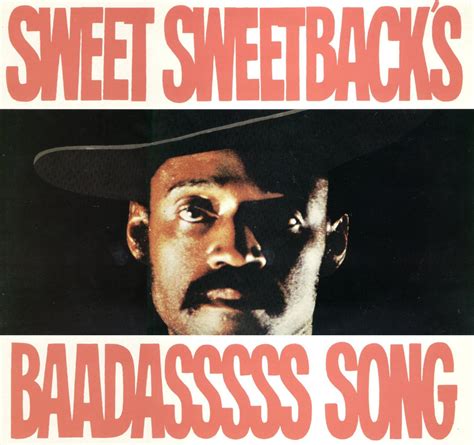 Sweetback’s disjointed travelogue through the streets of Los Angeles has little narrative momentum. It’s a Gordian knot of near misses and evasion. Much like the amorphous rage that fueled the film, it lacks a definitive shape, but that doesn’t dull the visceral impact. Like a great jazz improvisation, Van Peebles’ film inspires a meditative state fit for further reflection and infinite dissection and, as Mario suggests, an evolution of black cinema from Blaxploitation in the 1970’s to the New Jack 90’s and Black Panther 10’s.

Regarding the film’s legacy in 2018, Mario doesn’t necessarily clarify his father’s thoughts here. Instead, he shares some of his own. “Cats like him in 1971 made it possible in 1991 to do New Jack City. That 20-year wave where we see something and want to be the success we see.” He goes on to share what he learned from his father’s methods behind the camera as well. “What was deep was that we saw people of all colors in front of the camera and all colors in the back of the camera. I saw my dad unite people across color lines, gender lines, and preference lines.” This is where Mario stops. The audience punctuates this sentiment with applause. Applause for the notions of equal representation but also for the renegade Renaissance man seated onstage.

Melvin Van Peebles may not have much fight left in his bones, but his legacy definitely keeps on keepin’ on. By merging art house cinema with black culture, he initiated a style of cinema that continues to evolve and change with the times. The Turner Classic Movies Film Festival isn’t known for championing subversive art cinema, but programmers have made a decided effort to screen classic films with an important and distinct social conscience. Melvin Van Peebles has joined those ranks – a status rightfully earned.