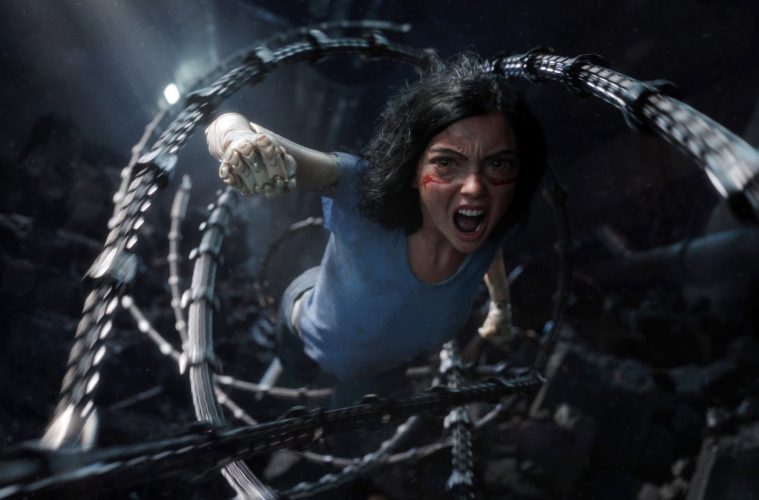 I’m confused. So confused. I watched Alita: Battle Angel last weekend and was blown away. The story was great. The special effects were out of this world. The world building was intense. Most importantly, the action was pitch perfect. Amazing. Dare I say … it was the best we will get this year. Disturbingly, the majority of the American public didn’t see things my way. Actually, a bunch of people didn’t see it at all, and I just can’t figure out why.

Alita: Battle Angel, based on the manga by Yukito Kishiro, should have had had answers to all sorts of gripes people have about movies over the past decade. Strong female characters? Check. Diverse cast? Check. Amazing world building? Check. No superheroes in sight? Check. It even has 3 Oscar winners, Mahershala Ali, Jennifer Connoly, and Christoph Waltz. These are all things that should have played out in Alita’s favor, but what we got from critics, at least according to that arbiter of good taste RottenTomatoes.com, was a mix of just positive reviews with a healthy dose of “other” critics shrugging their shoulders and saying “this is too complicated for my little brain.” This plays out in the final tomato meter score of 60%. Not rotten, mind you, but not glowing praise for one of the most unique films of the decade.

That doesn’t surprise me, given what seems to get the highest ratings these days. The Lego Movie 2, which I saw and liked, got 85%. That movie was also about nothing. How To Train Your Dragon 3: The Hidden World, is coming out soon and has a score of 95%. It’s another cartoon movie, a rehash of the two movies that came before it, and nowhere near as daring and fun a concept as what Alita: BA brings to the stage.

If anything this proves to me that critics are more irrelevant then ever, but I digress. I am a bit of a critic myself, after all, and don’t just want to limit my fury to a website that aggregates for a living. I’m disappointed in us as well. By “us” I mean the fans. The people. We should have shelled out hard-earned dollars and supported this great sci-fi action film, but we didn’t. Instead, we went in droves to see Aquaman and gave Warner Brothers lots of money as a reward for making something stupid. By the way, I “liked” Aquaman and respect it for what it is. It was a big stupid movie that rolled hard and has sharks with laser beams firing from their heads. I get it. But that got 65% on Rotten Tomatoes. So you are telling me critics think Aquaman is a better movie as well?

Something is truly rotten in the state of Hollywood.

Alita: Battle Angel was different. It was special. And it is going to earn more of my money with a steel book blue ray purchase. Finally, hope among hopes, the Chinese release will unlock scads of cash that somehow get us a sequel, just like what happened with Pacific Rim, and a bunch of other movies, or just gives it a saving grace like Duncan Jones’ underappreciated Warcraft.

Regardless, Alita: Battle Angel is director Robert Rodriguez’s magnum opus and James Cameron’s fully realized manga dream. I’m sure they’ll be fine, and more great movies will come from both, but in the meantime, we are the losers on this one. Great movies like this come out a precious few times a year, and you shouldn’t miss out.