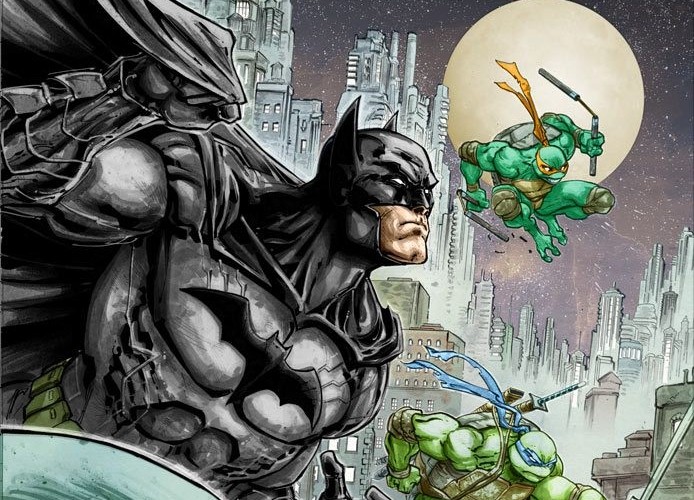 BATMAN IS TEAMING UP WITH THE TEENAGE MUTANT NINJA TURTLES

Comic book crossovers are one of the best parts of the medium. Recently, Archie vs. Predator happened, and it was an amazing experience. Now something just as wild is coming down the pipe. DC comics and IDW are teaming up to bring a Batman and Teenage Mutant Ninja Turtles to comic book shelves this month.

Press release is below followed by a collection of awesome covers, both standard and variant.

“Batman is the world’s most popular Super Hero. He continues to be reimagined and this new crossover showcases his ongoing appeal as a global pop icon for the ages,” said Editor-in-Chief of DC Comics, Bob Harras.

“We here at IDW have enjoyed collaborating with DC Entertainment on fan favorite crossovers comics,” said IDW President, Greg Goldstein. “TMNT is a global phenomenon, beloved by millions. Pairing the Turtles with Batman will prove to be a publishing event that transcends comic book culture.”

“I’ve been extremely luck to spend so much time working in Gotham City, but it’s always a thrill to see the world of Batman through new eyes,” explained writer James Tynion IV. “Taking the Teenage Mutant Ninja Turtles on a Gotham adventure is a fanboy dream come true.”

In the ongoing power struggle between the Teenage Mutant Ninja Turtles, General Krang, and the Foot Clan, allegiances have shifted and the battle lines have been drawn. Krang concocts a plan to rid himself of both the Turtles and Shredder by transporting them to another dimension, where they land in the dark and dangerous streets of Gotham City. It isn’t long before they encounter Gotham’s most famous resident, Batman. The Caped Crusader may be their only hope of overcoming their enemies and getting back home. But not before they encounter a whole cast of Gotham’s most infamous rogues. 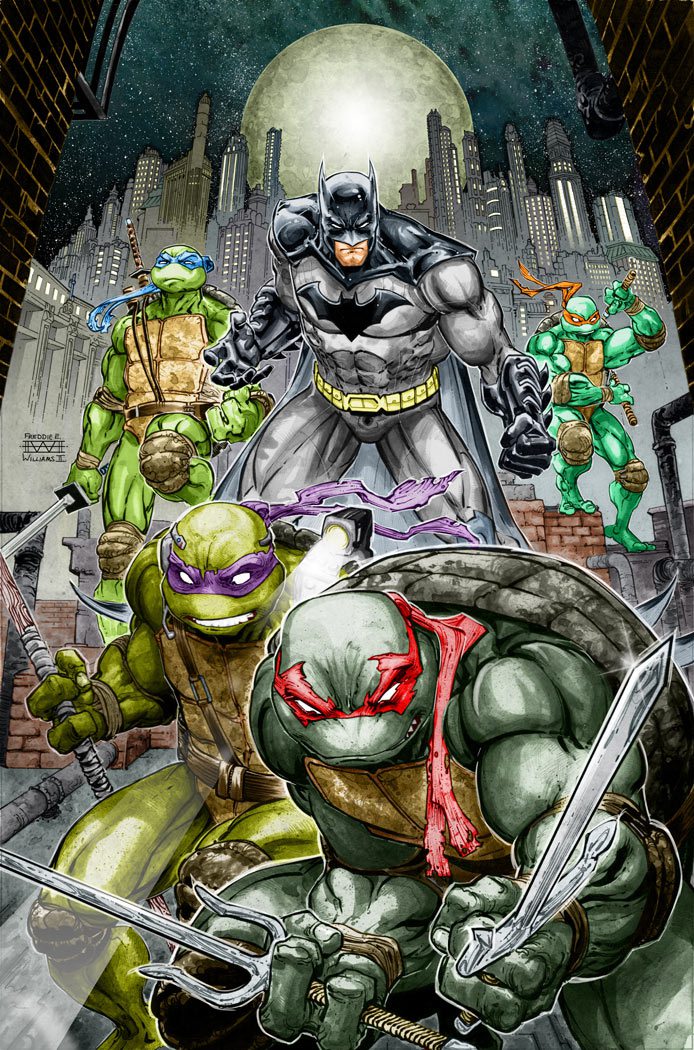 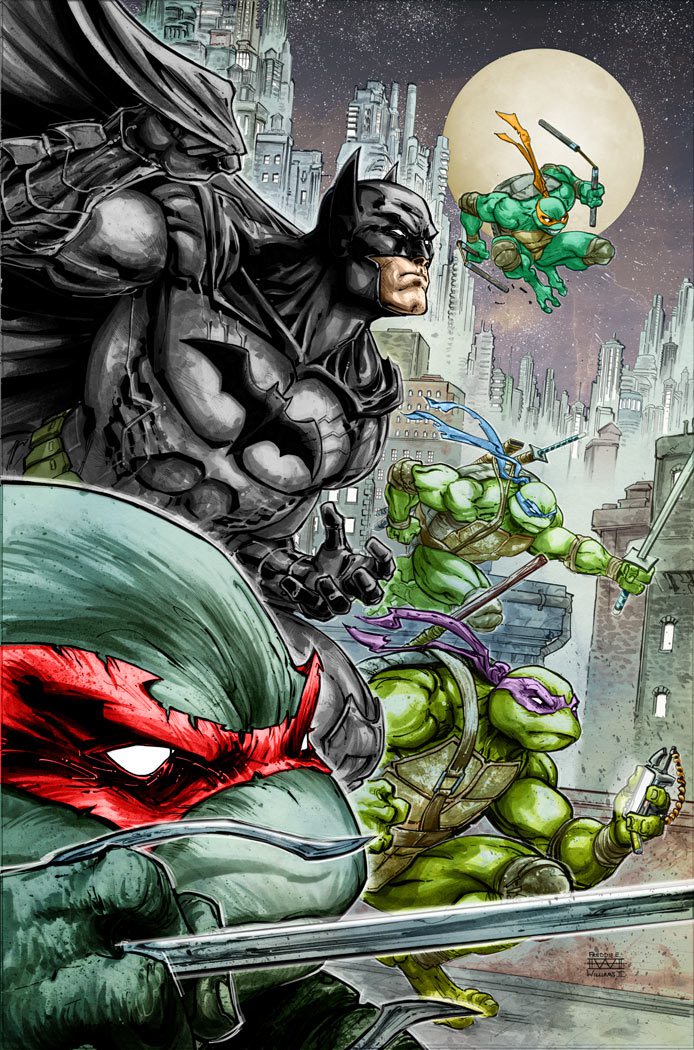