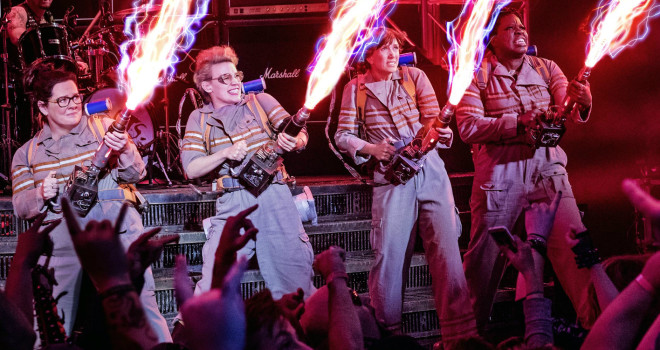 CHINA WILL NOT RELEASE THE GHOSTBUSTERS REBOOT

Apparently the new Ghostbusters film won’t be officially released in China, the second biggest film market in the world and, frankly, the savior of movies U.S audiences may turn their back on.

The reasons for China turning it’s back on Ghostbusters? Apparently the original film and it’s sequel were never released in the market, so the state run China Film Co (the countries only film company) decided not to bother with it. Their wording was “It’s been confirmed that Ghostbusters won’t be coming to China, because they think it’s not really that attractive to Chinese audiences,”.

OUCH. In case you need a visual representation, please refer to the gif below.

Any way you look at it, this is bad. The Chinese market is huge, and regardless of the non stop controversy this all female reboot has generated, what this guarantees is that the movie will miss a potential huge bump in gross AND that it will be the fodder of movie pirates. So if Ghostbusters isn’t a legitimate hit stateside and around the rest of the world this movie is going to be a lot more horror and not a lot of funny for Sony pictures, the studio behind the reboot.

So keep your eyes peeled on that box office this weekend, folks. This may be the summer where we find out if reboots have lost their steam.