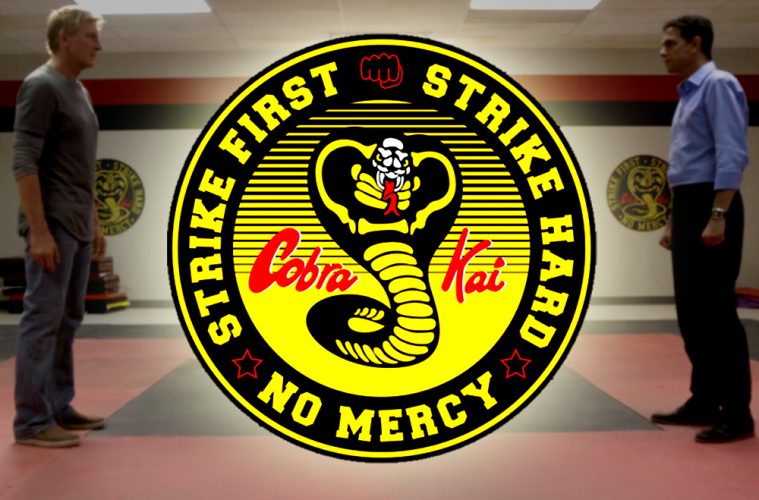 Last week a trailer dropped for Cobra Kai, a new show coming to YouTube Red that serves as a continuation to the beloved 80s franchise, The Karate Kid.

The story revolves around the unfinished rivalry between Daniel LaRusso, AKA The Karate Kid (Ralph Macchio) and Johnny, AKA Skeleton Bully Leader (William Zabka) and picks up where the first film left off…. 30 years later. 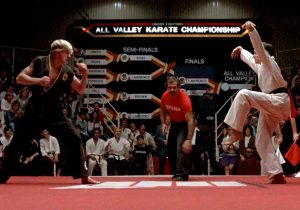 Apparently Johnny, now in his late 40s, is down on his luck. His career sucks and so does his self-confidence. He has never gotten over losing to LaRusso or the insane ass-chewing his sensai, Kreese, handed him afterwards. Looking for closure, he buys his old dojo and restarts The Cobra Kai, California’s first most recruitment center for virgin teenagers seeking to be radicalized into violent extremists.

Needless to say, Daniel, now an affluent used car salesman (?), is more than a little perturbed by this news and thus the rivalry between Daniel and Johnny is set in motion once more.

The only question is: Does anyone care?

I grew up watching The Karate Kid. I don’t remember much about the sequels, but the first one was great. I never saw The Kung Fu Kid (sic) reboot.

However, as fondly as I remember this series, the depths of my nostalgia can only be mined so deep.

The rivalry between these two characters was interesting at the time, but I’ve never felt a longing to see what became of it three decades later. I don’t know, maybe I’m alone there?

Perhaps Cobra Kai should end with LaRusso inviting Johnny out for beers and then giving him a job at the dealership. You know, what would normally happen between two guys who threw a couple of punches way back in high school.