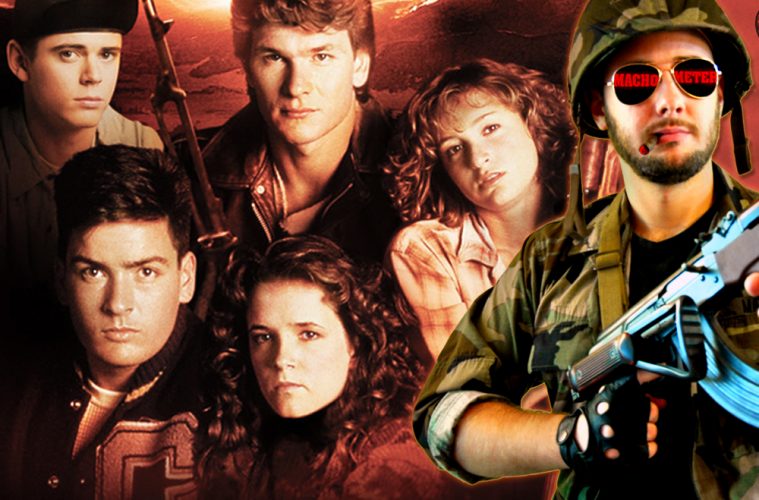 Brainless! Implausible! A laughable fantasy for the rotten minds of American teenagers, but I digress on Red Dawn’s 2012 remake.

RED DAWN (1984) is remembered by Hollywood’s established press like a kick to the nads the morning after. Not only did this film solidify its director’s (John Milius) legacy as a renegade, but it had the guts to show what life would be like in America under a communist regime.

Thus most of Hollywood and the media hated it. Go figure.

While not a perfect film by any means, Red Dawn succeeds at being a small war film with an interesting premise. The most laughable part isn’t the alternative history where World War III actually happens and a foreign coalition invades the US through the southern border.

The most laughable part is assuming that the enemy forces made it 15 minutes outside of El Paso. Anyway, enjoy the review.